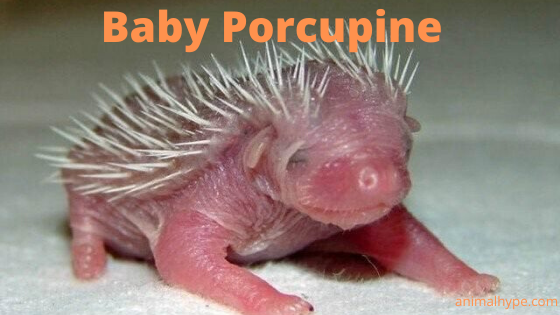 Porcupines are rodents that are known for their needle-like quills used as a deterrent against predators. There are around 24 different species of porcupines across the globe and one thing that’s common among them is their pointed quills.

If you have seen a baby porcupine, you might know that they are irresistibly cute and seemingly harmless that you would want to snuggle them. Though these babies look similar to the adults, they can easily be distinguished from one another.

In this article, we will have a look at the various interesting facts about a baby porcupine that you never knew. We have also compiled a list of photos and videos of cute porcupine babies that can bring a smile to your face.

Let us get going folks!

Getting quilled by a porcupine 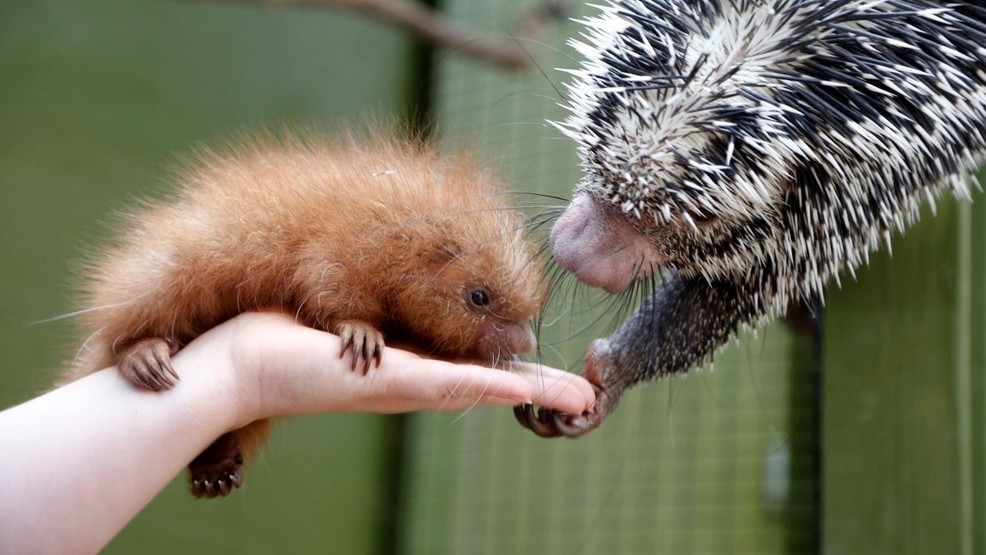 Baby porcupines are called Porcupette irrespective of their gender or species. Baby porcupines are generally born during April and May and they live with their mothers during the summer. As said in the previous sections, Porcupettes lack their iconic quills and are born with soft quills that give them their cuteness.

Within hours after birth by being exposed to air and heat these quills begin hardening and get stronger with each day. It is also interesting to note that the porcupines are born with developed teeth and can walk within minutes after their birth.

Similarly, Porcupettes are born with their eyes open but they lack a clear vision. To compensate for the lack of vision, porcupines rely on their strong sense of smell and hearing.

Apart from being able to walk within minutes after birth, these babies are also capable of climbing trees within days after their birth. In the event of a threat, they climb up the trees for protection. They are also capable of defending themselves by stopping, stomping their feet and clicking their teeth.

By the time summer ends, these Porcupettes will be strong enough to be on their own. But it would still take them around 3 to 4 years to be fully grown. 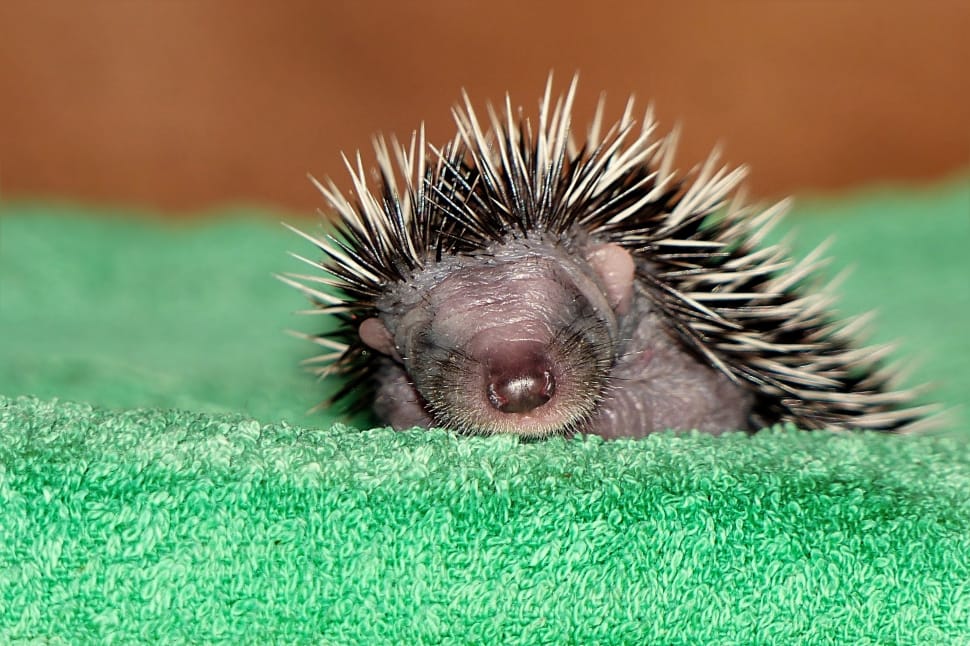 A porcupine quill is nothing other than hardened hair strands that are made out of keratin, the same material our hairs and nails are made of. These quills are pointed out that it can penetrate an animal skin with ease.

What appears to be porcupine shooting their quills in fact, the porcupines pressing its quills on to the predator’s skin and then releasing it. Yeah, these thorny rodents can quickly detach their quills.

When a porcupine is threatened be it an adult or a young one that’s only a few days old they will stretch those quills outwards. Once a predator is within reach they simply push their quills into their body and release those quills. In short, the predators are going to end up with dozens of quills on their faces!

These quills have microfibers at their ends which work more like an anchor. These microfibers lock on tightly to the tissue that pulling it out is going to be very painful.

Porcupines have the longest gestation period among all rodents 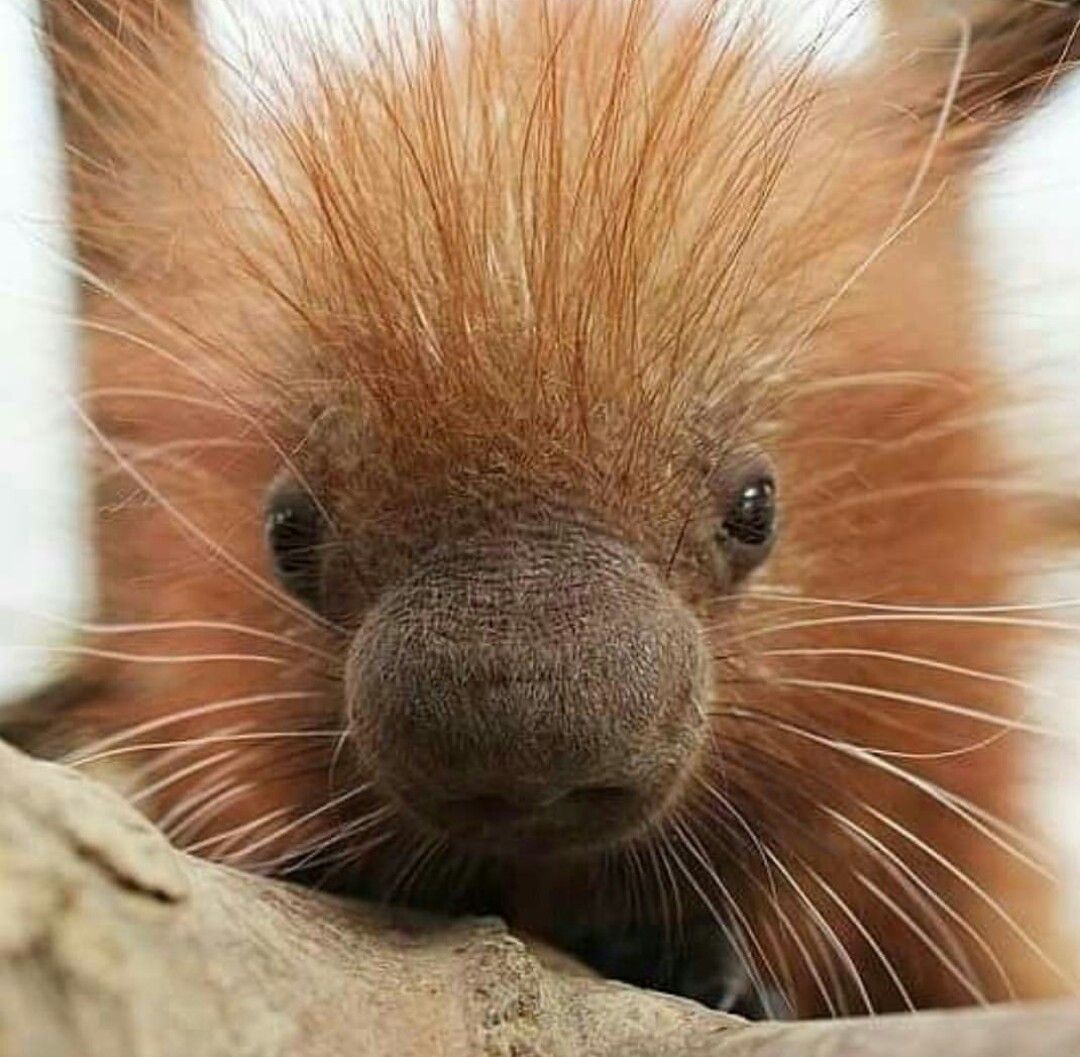 Porcupines have a gestation period of 112 days which is very long for a rodent. Apart from this, porcupines give birth to only one offspring which is something that’s unique to porcupines when compared to the other rodents.

Owing to their long gestation period the Porcupettes are born well developed compared to the babies of other rodents. These babies have their eyes open, have fully developed teeth and they will be able to walk properly within minutes after birth.

There is an interesting school of thought explaining why porcupines give birth to a well-developed baby, unlike other rodents. The evolutionary theory suggests that when there is less chance of the baby being eaten by the predators, it is better off for the adults to invest more time and energy on to one offspring that has a high chance of survival.

A baby porcupine is covered in a placental sack at the time of their birth. This placental sack ensures that the baby can come out easily. Apart from that, it gives enough lubrication to keep their quills soft enough to not hurt their mother while delivering. These soft quills harden with days while being exposed to air.

The diet of a baby porcupine 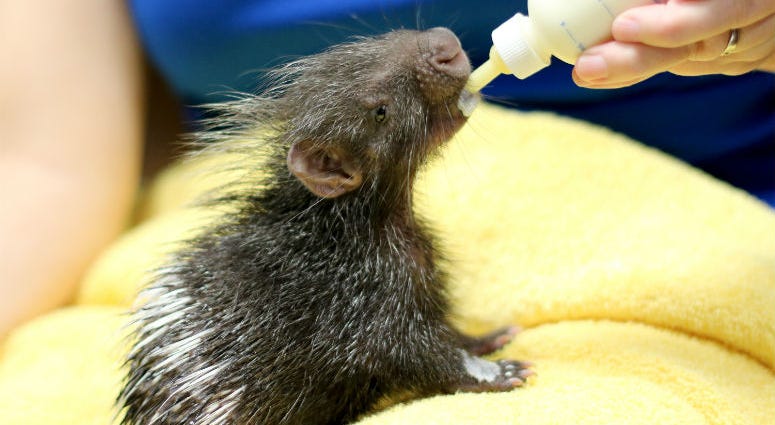 As said in the previous section, baby porcupines are born much developed than other rodent babies. Being better developed and having hardened quills for protection makes them less vulnerable to the attack from most predators.

Apart from these, the baby porcupines are found to excellent climbers and they can follow their mothers to any treetop within hours after birth. All these beings said baby porcupines lack good eyesight owing to which they are dependent on their mothers for the first few weeks after survival.

Irrespective of how long the mothers nurse their babies, they are all fed solid food by the second week after birth. This ensures that these baby porcupines can survive on their own within 3 weeks after their birth if needed.

Though most babies are weaned by the end of 3 weeks, they choose to stay with their mothers for several months. Depending upon the species of porcupines, the babies can stay with their mom for anywhere between 5 to 12 months. 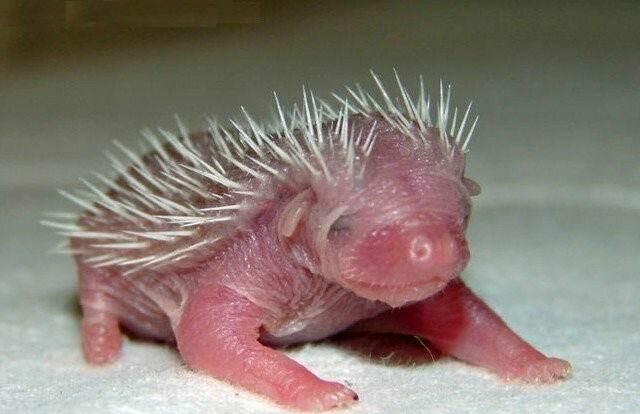 Sometimes you may see a baby porcupine out there in the forest all by itself. But that doesn’t mean that you need to go and rescue them because a porcupine is born fully developed and it needs nursing for the first 3 weeks after birth. By the end of 3 weeks, the babies can survive on their own.

In some cases, when the newborn babies are underdeveloped or born with some physical deformity, the mothers tend to abandon it.

They do so because while living in the wild they need to conserve every ounce of energy they can. So animals tend to nurse only those babies who have the chance of survival.

If you come across a baby porcupine that appears to be underdeveloped or injured, you should rescue them and take them to the nearest animal shelter.

Baby porcupines are irresistibly cute and most people would love to keep them as a pet. But you need to understand that porcupines grow fast and they lose their cuteness faster than you can imagine.

Other than that, the quills on the porcupine babies harden within days after they are born and there is every chance of you getting quilled.

Though porcupines won’t chase you around and quill you, they wouldn’t hesitate to do it when they are irritated or feel threatened. This can be a major problem if you have other pets like dogs and cats in your house. There is every chance for these pets to be quilled by your porcupines because of their playful nature.

Porcupines are wild animals and they do have wild instincts which makes it impossible to house them inside your homes like dogs or cats.

You need to have a specialized shelter to house your porcupines. Apart from all these the laws regarding keeping a porcupine varies with the species and your country.