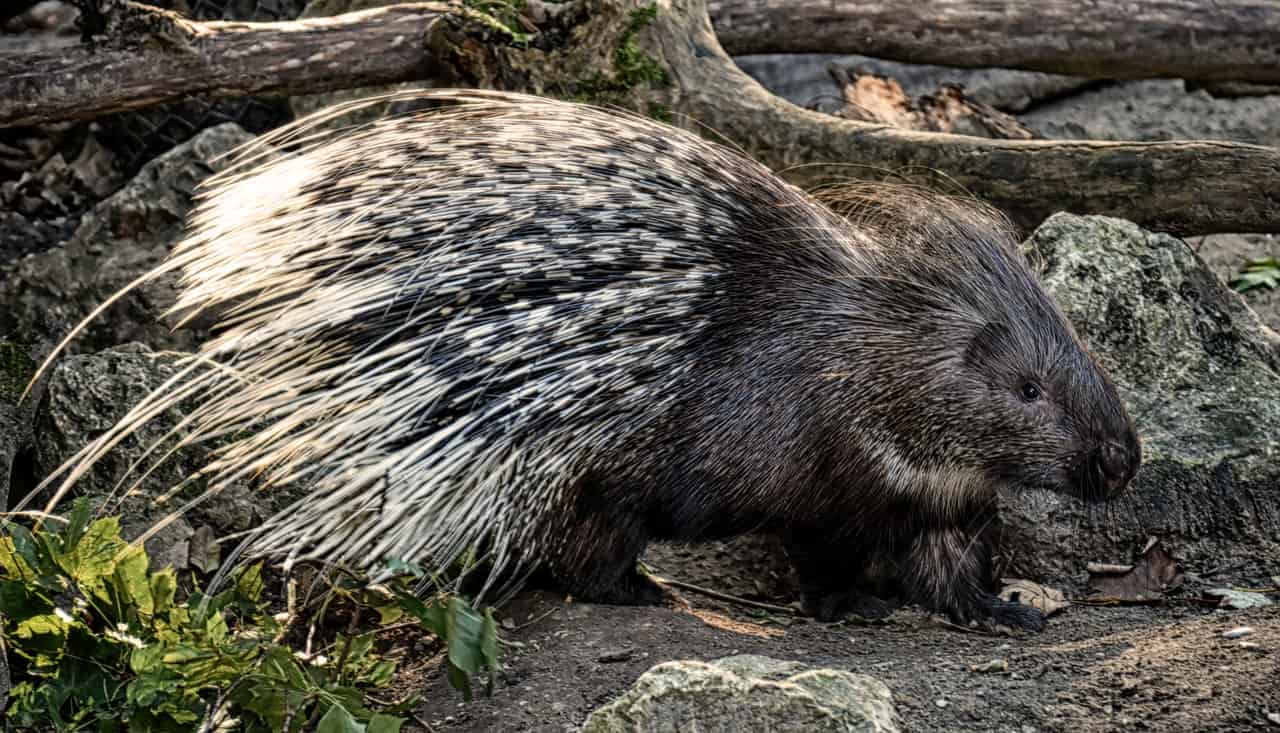 It is commonly believed that the porcupine can purposely shoot its quills, puncturing the skin of any creature that even approaches it. I was always fascinated by this belief so I decide to find out the truth myself by studying about porcupines and here is what I found.

So, are porcupines actually capable of throwing their quills? No, porcupines are unable to deliberately throw quills at predators as one thinks. However, when a porcupine lashes its tail at an enemy, some loose spines may become detached and be thrown a short distance. Also, quills are very loose hence they can detach and pierce someone who tries to touch a porcupine.

When porcupine lashes its tail, under exceptional circumstances, the quills may even stick into an animal. The story of the porcupine’s quill-shooting ability is probably based on such rare occurrences, but ordinarily, it cannot harm anything that stays beyond reach. It is not capable of deliberately throwing or shooting its quills.

Nevertheless, its quills serve the porcupine as excellent defensive armor against the mountain lions, lynxes and other animals that sometimes prey on it. Some of these animals have been killed and have been found to have so many quills in their mouths and throats that they were probably unable to eat.

The fisher a relative of the weasel is one of the few animals that have solved the porcupine’s defense. It calmly turns the porcupine over on Its back and quickly slits the unprotected belly with its sharp claws.