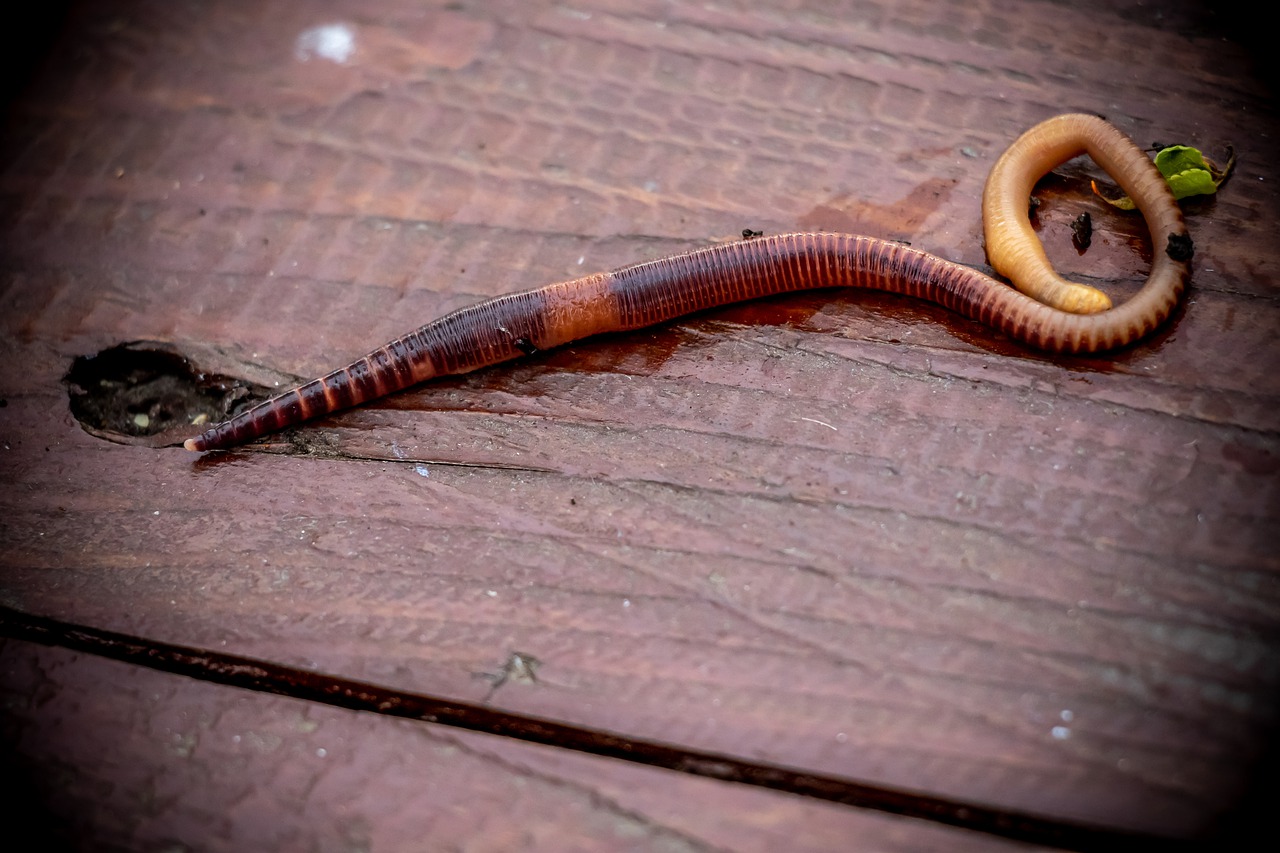 I’ll bet that all these years you believed worms are good for nothing other than being a bait when you go fishing, isn’t it? If you did, you were mistaken. These teeny weeny worms are so vital for the sustenance of life on our planet that it is important for the worm population to thrive. Therefore people want to understand how worms reproduce.

Did you know that worms are hermaphrodites? (Hermaphrodites are species that has both male and female reproductive organs) Quiet bizarre huh?

Worms being hermaphrodites ensures that their population thrives! The way worms reproduce is quite different than how most species mate.

So, how do worms reproduce? Most species of worms mate sexually whereas some species mate asexually. When they mate sexually, they twine together with their small heads pointing in opposite directions. These worms being hermaphrodites, sperm from one worm in passed to the other and it is stored in the sacs. Once the sperm is transferred a layer of cocoon forms over their intertwined body. As they back out, the cocoon narrows and once they are completely out the eggs and sperms are left inside the cocoon!

Let’s quickly jump into the nitty-gritty of their anatomy, some interesting facts and features about them from head to toe and most importantly on how these little squirmy invertebrates reproduce.
The lesser known life of a worm

Let’s have a sneak peek into the answers of these question, their anatomy and how they reproduce.

Reproduction ensures the survival of species on this planet. We all know that different living beings reproduce by different means. Most microorganisms split themselves, birds lay eggs and most bigger animals give birth.

But what about our squirmy friends? How do worms reproduce?

It is a common misconception that worms cut themselves into two and the two pieces become two new worms!
Though the head might survive, regenerating the tail; the cut off tail part will soon die out.

This is not how they reproduce. This whole process of cutting into two and becoming two different species is called binary fission it’s commonly seen in amoebas and other microbes.

So how does the magic happen in the case of worms? It is important to know that,

Most worms are hermaphrodites and not asexual. This means that they carry both male and female reproductive organs. So, it makes them neither male nor female.

Now, this doesn’t mean that all worms can reproduce on their own. Most of them must still go through the whole process of finding a mate and well, the mating of course.

Anatomy of The Reproductive Organs of a Worm

The most important part of a worm’s body for reproduction is the clitellum. It is a band like a ring structure found on the epidermis(skin) near the head, it is thicker than the rest of the body and is lightly colored. This is the part where the shells that cover eggs (Cocoon) form. They also have male pore opening between the clitellum and head which secretes sperm while mating.

How Do Worms Reproduce?

The worms having no access to dating sites and other modern techniques of finding a suitable mate, them being hermaphrodite is indeed a boon that helps them find a mate easily. Now, most worms attain sexual maturity in 4-6 weeks and that’s when they go around looking for a partner.

The organisms that show parthenogenesis have sexual behaviors and sexual reproduction too. The environmental condition of the organism’s surrounding plays a decisive factor in determining the mode of reproduction.

If the immediate environment is favorable and food is easily available for a large population in a short period of time these worms reproduce asexually. Whereas, when the immediate environment becomes unfavorable or there is a scarcity of resources that are needed for the survival of a large population these organisms switch to the sexual mode of reproduction.

Sexual mode of reproduction has an additional advantage as there will be genetic variations in the offsprings making them better adaptive to the harsh environment than their predecessors.

Now let us have a closer look into the asexual and sexual mode of reproduction in worms.

It is not always necessary for some worms to have a mate to reproduce, as self-fertilization (parthenogenesis) is also a common way to reproduce among 40% of the worms.

Parthenogenesis is basically an asexual means of reproduction common among the invertebrates where reproduction happens from the ovum without fertilization. Which then develops into eggs.

Therefore, the presence of a male, as well as female genitals, means that worms produce eggs as well as sperms.

Once two worms find each other, they line up side-by-side in which the head of one worm will be near the tail of another, and they press tightly in order to excrete sperm from their male pores.

In the case of most worms, both the worms may use both their sex organs. If everything goes well eggs of both the worms get fertilized and hence more baby worms.

The female pore openings receive sperm and store it while the oviducts produce and release eggs (These later fuses together to form the fertilized egg). This is the sexual mode of reproduction.

Once the sperm is transferred, the worms go in their ways and their clitellum secretes an enzyme called albumin which later forms the cocoon and slides down the worm. Now, this cocoon contains both sperm and egg, and this is where the fertilization takes place.

Post-fertilization, the cocoon starts to shrink and once the cocoon shrinks, the worm detaches it, leaving the fertilized egg inside the cocoon. This then seals immediately once the worm slips it out.

Now, the cocoon which is a tiny round shaped objects smaller than a grain of rice detached from the parent worm remains in the soil for a few weeks (it can last more than two months) and once they are mature, they hatch to give two to twenty thread like babies.

The babies are only half to one inch long and are on their own as soon as they are born. These babies then go ahead and will have their own babies in about six weeks.

Once the worms are sexually matured, they prefer to mate in a warm climate, (around 13°C), usually on damp nights in the fall or spring. Since worms do not have eyes, they cannot see, but they can sense vibrations of soil and understand if there is a mate nearby. They usually reach out to their heads to touch while still keeping the posterior intact in the soil.

If the environmental conditions favor, the eggs can remain dormant for years before hatching to give babies.

How Often Do Worms Mate?

The population of worms doubles every 60-90 days and they can produce 1000 babies on an average in 6 months. Based on these numbers, we can say that the worms mate every couple of weeks.