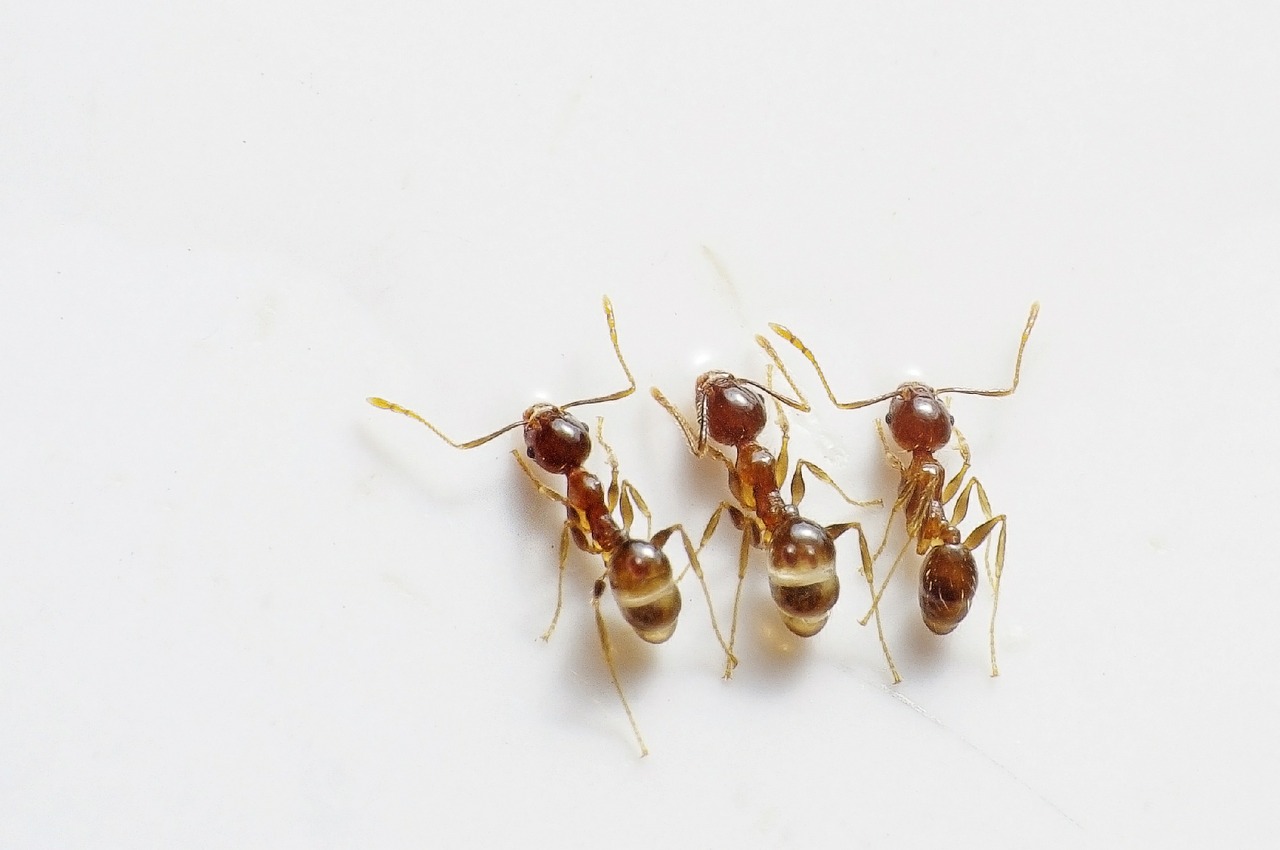 Ants are common insects with about 10,000 known species around the world. These insects are predominant in some regions, especially in tropical areas where they could be even more than half the insects available in the region. Ants are unique insects with interesting capabilities.

Ants are always wandering. It is almost a common thing to see hundreds of ants lined up, carrying food on their heads or maybe looking for the food. The insects walk in a certain rhythm without leaving their lines, and you would wonder who sets the pace for them. Could it be a queen ant? Well, no one knows for sure.

From the look of things, you could be left wondering if the little creatures take a break to rest or even get some sleep. Some tend to think that ants never sleep. You could easily fall for that as it is rare to find an ant resting, leave alone standing. To shed some light on your wonders, yes, ants do sleep.

What Ants Do After Night Fall

It is normal to wonder what little creatures such as ants do when the night darkness crawls in. You could be possibly thinking, are they nocturnal or do they turn in after a long day of wandering around doing their work.

Well, the night habits of ants vary from one species to another. For instance, the carpenter and sugar ants never slow down; they work throughout regardless of whether it is day or night. You will rarely see these ants during the night, but they can see you.

Ants might not be nocturnal, but they have perfect night vision due to their huge eyes that are filled with photoreceptors. Therefore, every ant in a colony can navigate through barriers that might be on their way of work.

However, despite being night creatures, ants that work at night are a bit slower and might and are less likely to make it to their nest. The ants might also have trouble finding their home at night.

A study at Australia’s Vision Centre (VC) revealed that ants that travel at night take longer to reach their nest as compared to those that travel at dawn. Now you must be wondering when do ants sleep if they work at night as well.

The Sleeping Habits of Ants 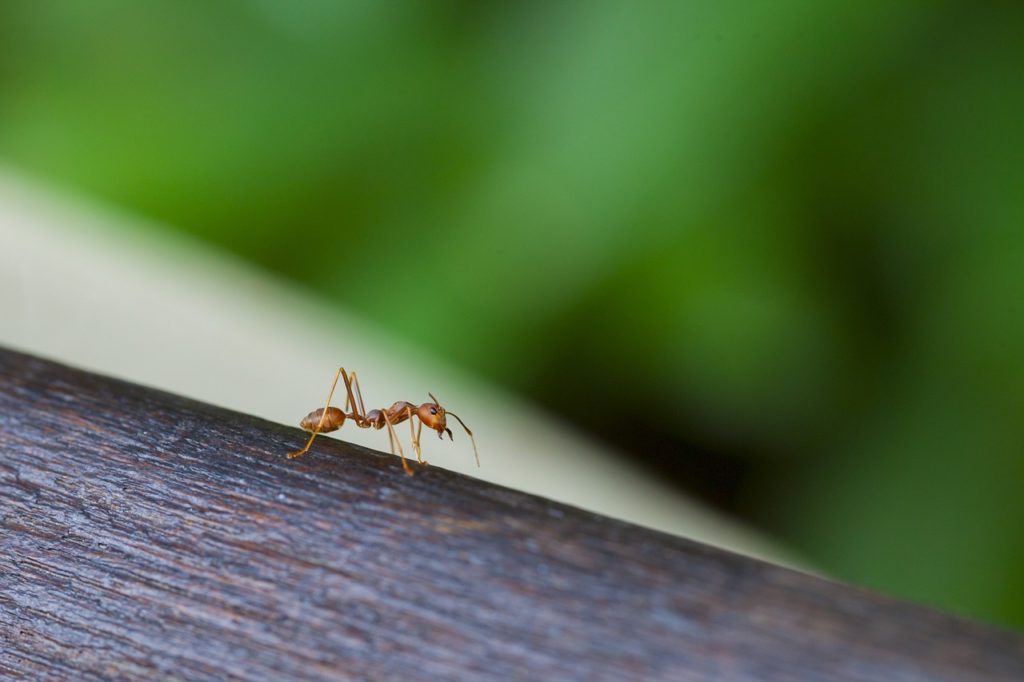 Worker ants are known for their efficiency in work among the ant colonies as they seem to work tirelessly. Their work might seem to be endless, but they take naps multiple times a day. Their queens also take naps routinely and they can sleep up to nine hours a day.

Scientists believe that worker ants sleep for short periods to ensure that there is enough workforce to protect and serve the ant colonies. This explains why the worker ants only sleep in intervals.

A research that was conducted by Debby Cassill of the University of South Florida in St Petersburg, US, found out that a single worker ant takes an average of 250 naps a day. Each of the naps takes slightly over a minute. Precisely, a worker bee sleeps for about 4 hours and 48 minutes a day.

However, the research also revealed that the worker ants sleep more when there is less work to be done. But, there always has to be worker ants available just in casework or any other need arises.

Does Light Affect The Sleeping Patterns of Ants?

Ants stay underground and therefore exposed to light very irregularly. Therefore, unlike humans, the sleeping rhythms of ants are not affected by photoperiods. Instead, their sleeping patterns are dependent on the work at hand as opposed to dark or light periods.

How to Know When Ants Are Asleep

Unlike vertebrates, it is not easy to tell when an ant goes to sleep. Ants do not have eyelids, and thus you have to pay close attention to know that an ant is sleeping. According to Cassill and her team of researchers, an ant is believed to be sleeping if it retracts its antennae and becomes unresponsive to other ants around it.

With mammals, brain activity can be used to determine if a creature is sleeping or awake. Mammals have more brain waves while awake as compare to when sleeping. Ants, on the other hand, have a group of nerve cell bodies that function as their brains. The “brain” is so small such that the signals produced are so weak to be used as a determinant of whether the ants are awake or sleeping.

How Ants Sleep and Wake Up

It is easy to notice an ant that has just come from sleeping. Ever seen an ant that looks sluggish compared to the rest? That could be an ant possibly coming from a short nap. Ants are generally active. However, they could be sluggish just after waking up while still trying to pick on the usual working pace.

However, sluggishness is not always a sign that an ant is from sleeping. Scientists claim that ants can show sleep like behaviors to reduce their food cravings. Reduced biological activity seems to reduce food needs among an ant colony. This is an interesting way for ants to go about food scarcity.

When Do Ants Sleep? 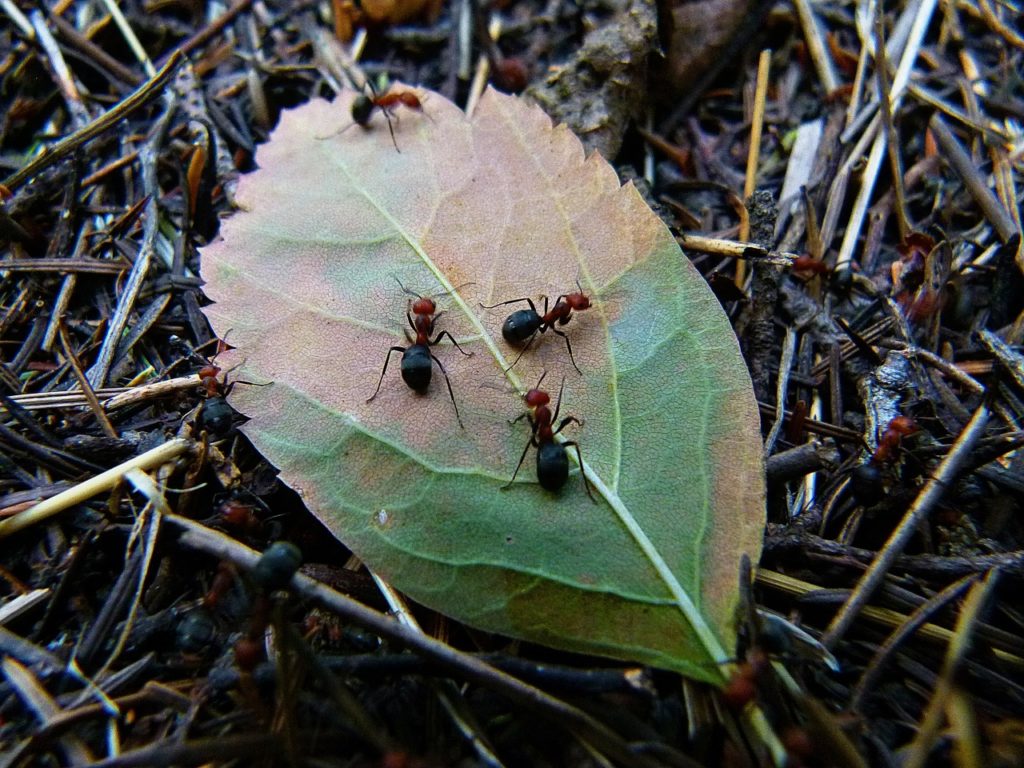 As mentioned earlier, ants sleep in turns. However, there are specific periods when these insects sleep. How often do you come across ants during the cold months of winter? Rarely, right? So, where do the ants go?

Could they be spending the cold months sleeping somewhere? Various studies show that ants hibernate during winter. This explains why you find ants working so hard during summer. It is because they have to collect enough food to take them through winter as well.

The ant’s metabolism slows down during cold seasons. They, therefore, become less active such that they do not spend time looking for food. Instead, they rely on the food they had collected during summer until the cold season is gone.

Is Sleep Important to Ants?

Humans need adequate sleep to get refreshed and function efficiently. Vertebrates, specifically humans, need enough sleep to have a good memory and proper mental functioning. However, ants do not have much to think about. So, why would sleep be really necessary for them?

Ants might not need sleep to enhance their memory and brain activity, but they do need sleep as a form of physical relaxation. Also, most creatures use sleep to remove toxins from their brains. Ants could use some detoxing as well.

Researchers came to the conclusion that sleep serves the same purpose to both queen and worker ants. The long life span of the queen ants is associated with the good sleep they get as compared to the worker ants.

From Debby Cassill’s research, it was noted that worker ants are the disposable part of the colony. This is because they work tirelessly to keep the queens happy and healthy but take very little nap time. As a result, the worker ants have a short life span as compared to the queens.

Do Ants Rest Besides Sleep?

You will often hear people asking if ants ever get tired or even get leg pains for walking tirelessly. It might sound like a weird though at first, but it is for sure something worth thinking about. But the truth is, all organisms and even microorganisms experience fatigue and maybe metabolic stress over time.

Well, you must have heard of the phrase, “working tirelessly like an ant.” That does not mean ants do not get fatigued. It basically means that they are energetic and determined to accomplish their mission, without necessarily showing any signs of fatigue like humans.

Vertebrates are known to chill at times; not sleeping but just relaxed without having to do anything; probably meditating. Are insects, especially ants capable of doing the same? Well, after monitoring ants for some time, Debby and her team of other scientists only realized that ants sleep and stay active if not sleeping.

Unlike the worker ants, queen ants sleep an average of 90 times a day, with every nap-taking about 6 minutes. Therefore, every queen ant sleep for approximately 9 hours a day. But, even more interesting, the research revealed that queen ants dream while sleeping.

So, you might be wondering how Debby and her colleagues came into the conclusion that queen ants dream. The researchers had a few queens and worker ants that they were monitoring on film 24/7. From the film, the researchers realized that the queens slept in distinctive ways.

The queens slept with their mouths open and antennae half raised at times. Also, it was observed that the queens could easily get aroused by each other and the workforce while still sleeping.

But if taking a deep nap, the queens seemed to sleep with their mouths closed, and antennae retracted. However, they would frequently quiver the retracted antenna while still in their sleep.

Debby and her colleagues related the antennae movement to the rapid eye movement that happens with vertebrates when they seem to be dreaming. Therefore, it was concluded that ants, and specifically queen ants dream while sleeping.

It was also noted that unlike the worker ants, queens go to sleep together. The queens physically huddle together when it is time to sleep. They also wake up together, such that if one of them wakes up, the rest of them gets up a well.

From an imagination point of view, queens sleep and wake up at the same time probably to avoid secrets from each other. For instance, if one of the queens was to wake up before others, she could probably convince the workers to make her the living queen. Therefore, the queens sleep while huddled together to avoid such insecurities (Please note that this is imaginative and not scientific).

What Ants Dream of

It is surprising to know that ants actually sleep and dream. But, it would be even more interesting to know what the creatures dream about as they do not have much to think about while awake.

It is not quite clear what ants dream about, but it has to be something related to what they do when awake. Probably the queens laying eggs and the work ants getting food and protecting the colony.

As much as scientists have tried to understand the sleeping patterns of ants, a better part of it has remained a mystery. However, it is evident that ants need sleep for the survival of the colony. The queens need plenty of sleep for reproduction. Unfortunately, the worker ants do not get the luxury of sleep despite having to work the most.