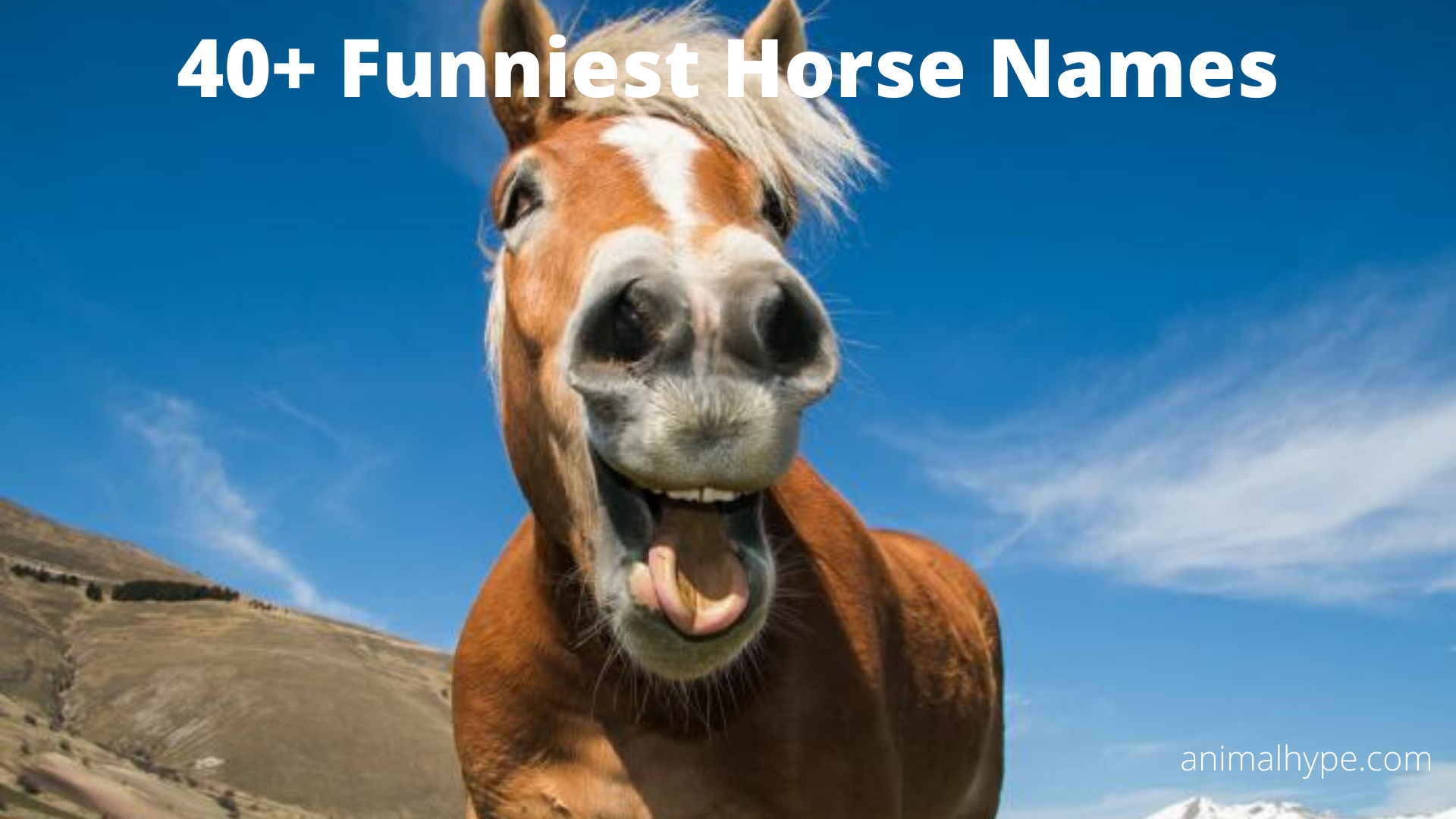 If you have a horse you would like to name it like a royalty befitting its stature and personality. Some people go ahead and name their horses based on their regular behavior or the personality they exhibit.

Many of the horses are named after any type of physical trait or birthmark they have. There are some horse owners who go to the extent of naming their horses based on a particular incident that had occurred which featured a particular reaction from their mount.

This way not all horses end up getting royal names to flaunt their speed or looks. Some of the horses have such funny names that you will laugh hard even before calling out their names.

Starting from racehorses to Irish horses, they all have been given their share of funny names. Imagine in Derby you are cheering for a racehorse named Potoooooooo.

Some of the names are so hilarious that the poor horses elicit more laughter rather than awe for their amazing agility and talents. This article aims to bring forth various funny names that the horses have been given throughout times immemorial and the true story behind such names. You can go ahead and have your share of laughter. 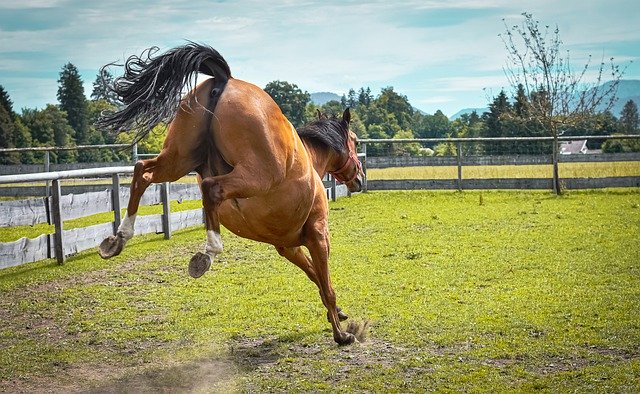 If you thought that racehorses are not recipients of funny names, you couldn’t be more wrong. Yes, Derby or horse race forums also have seen their share of hilarious names. Here are some of the funny names which have topped the charts for their innovation and out-of-the-box thinking.

1. Hoof Hearted – Initially, you will think it is a clever wordplay that coins both the features of the horse and the word half-hearted. Now try repeating it more swiftly a few times and focus on what you are saying. You will definitely laugh out loud.

2. Horsey McHorseface – The horse owner must have had a laugh while thinking of a suitable name for his racehorse. The owner actually worked very hard and at the same time was lazy about constructing a catchy name. It was like Horsey for the name of a horse was an obvious choice. As for McHorseface that brought in loads of laughter from the commentators from the racing circuit. Doesn’t it remind you of a McDonald’s burger?

3. DoReMiFaSoLaTiDo – So there is a horse owner who seems like a music enthusiast and loves speed and animals at the same time. The owner must have thought of preserving a token of musical emotions on the field. What better way to name a horse after the musical tunes and give a hard time to the racing commentators!

4. Givemeanothemame – Now, this is what you call a sense of humor. The owner must have found it hard to name the horse and so named it Givemeanothername. It is indeed a clever name where the horse is seemingly open to new suggestions and the audience can try its creativity along that line.

5. Waikikamukau – You might think that it is some Hebrew name with a hidden meaning. If you break this word down, you will see that it spells into Why kick a moo cow’ which is a popular term in New Zealand. We are willing to place our bets on the difficulty level the audience and commentators must have had in cheering for Waikikamukau’.

6. Myexwifesashes – This seems like a name given by a lovelorn horse owner. He either wanted to name the horse as a mark of remembrance for his ex-wife or as a way of deriding her for ending the relationship not so amicably. Nevertheless, the poor racehorse had to carry the emotional baggage through this weird yet hilarious name.

If you thought that only racehorses were victims of funny names, this segment will show you a list of hilarious names that have been given to Irish horses. Some of them have become favorites among virtual viewers as well.

7. Houdini – One of the Irish horses was named after the famous magician who was well-known all over the world for his mind-blowing disappearing acts. The owner claimed that his mount would frequently disappear from the stable and so aptly named the foal Houdini. Wonder if the foal was so fast that he used to disappear from the sporting events with his terrific speed.

8. Mr. Frodo – Guess there is a Lord of The Rings fan who wanted to name the mount after one of the iconic characters of the book. The owner mentioned that his Irish horse flaunted huge hooves which prompted him to name the horse Mr. Frodo.

9. NightMare – What a clever wordplay! This is a smart name for a mare that is as dark as the night or maybe he is a nightmare’ on the field due to his sporting prowess.

10. Bunny Killer – Now that would have been an attractive and savage name but at the end of the day the horse turned out to be a bunny killer. Literally! the owner mentioned that the mount’s original name was Murphy. Murphy went on to tread on the rabbits playing around on his field. This made Murphy a Bunny Killer’ and the name stayed with him.

11. Smartie-Pants – At first, it must seem to you that a desirable lad or lady is being described through this name. No, this is the name of a horse who the owner claims, is very intelligent. Sometimes the stallion is also called Pants as a nickname. The sports show commentators enjoy talking about the progress of Smartie-Pants’ in the fields.

12. Usain Colt – It must be said that this was a smart move by the owner in naming the horse. Usain Bolt is a celebrated sports personality who wowed the world with his athletic prowess on the racing tracks. It is befitting that the owner of the horse named him Usain Colt, a smart reference to the sporting great as well as the speeding talent of his colt 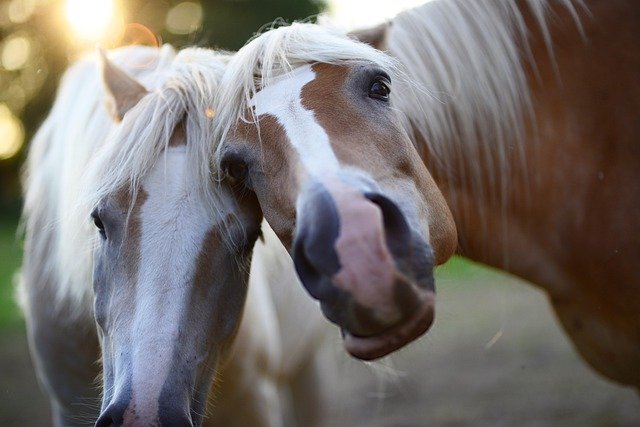 13. Hermioneigh – It looks like there is a Harry Potter fan amongst the horse owners who seems to have a crush on the character called Hermione. The horse owner must have wanted a clear distinction between a human and a horse and hence, the name Hermioneigh’. Smart and hilarious!

14. Britney Spurs – Here you have someone from the world of horses gushing with the break-neck speed with the name of the musical diva. Britney Spears would definitely be proud of her namesake.

15. Hay Girl – This can be a potential prefix for a pickup line. The owner has very cleverly added the horse reference of Hay’ to what can be a flirtatious beginning. Hay Girl!’ he was just calling his horse.

16. Pony Montana – Well this female horse has got the Best of Both Worlds’. Pony Montana is a smart and funny name to pay tribute to the teenage heartthrob character known as Hannah Montana.

These names need no introduction or explanation. These horse names simply create a laugh riot the moment they are uttered. You want to see the Hollywood stars and some of their onscreen characters speeding the race tracks? Here we have their namesakes.

Some other funny punny names to make your day (what a music reference!)

Hilarious Names of Horses That Tickles the Creative Bones

If you want to see the best use of wordplay in a hilariously intelligent manner, here is a list. These horse owners deserve the Most Creative Brain’ prize.

This article aims to give you a nice time by mentioning a string of names anointed to these speeding beasts in the most creative manner. So the next time you are tasked with the job of naming a horse, you have loads of hilarious references.