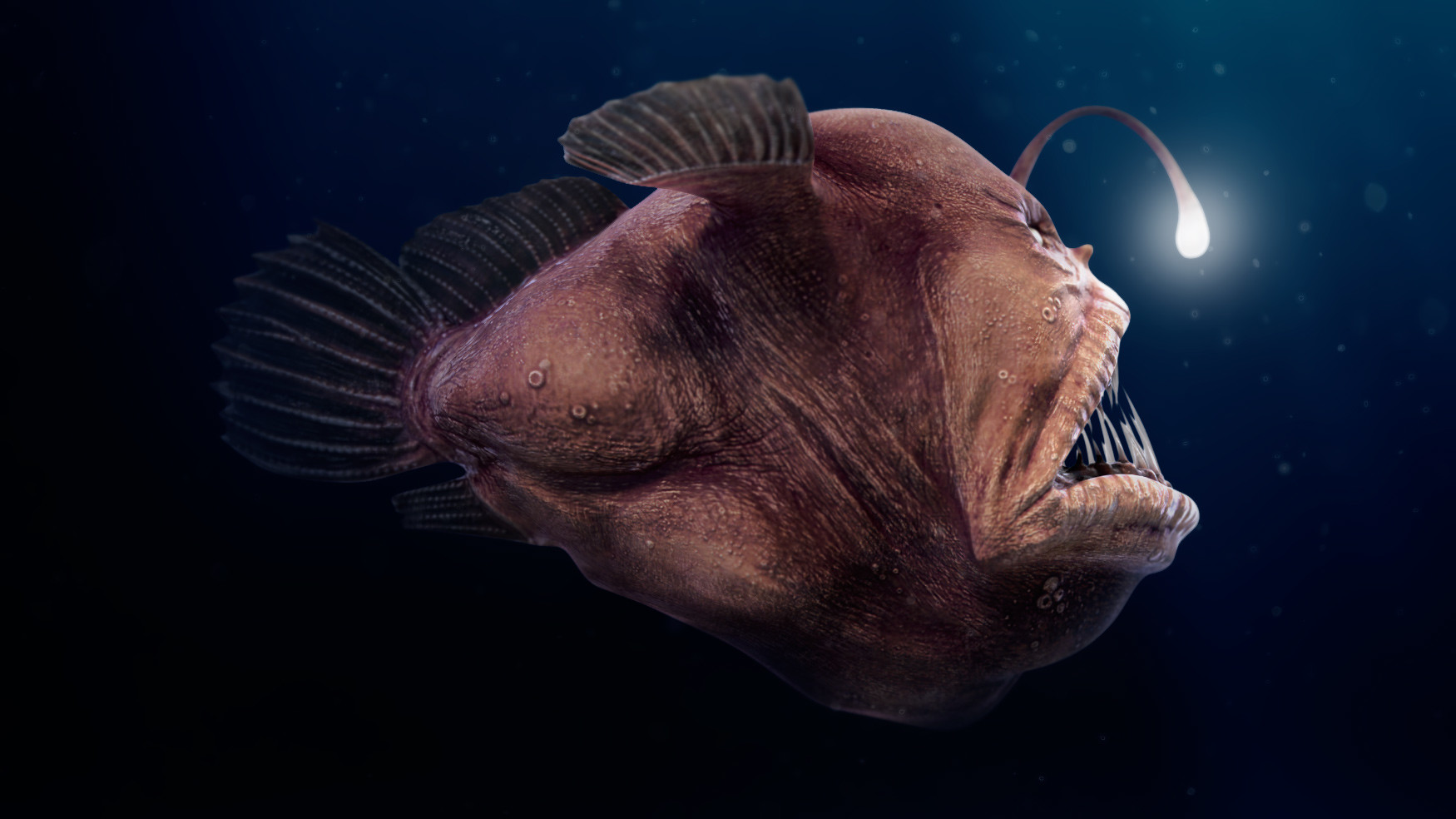 Angler Fish That Trick Their Prey

There are fish, called angler fish, that have very peculiar, suggestive devices for attracting their prey-usually lures of some kind which float above their mouths. In certain cases the lures are simply movable barbules, while in others the resemblance of the lure to a fishing rod and line is remarkable. In some species there is even a three-pronged hook on the end of the line.

Many names have been given to the more common species, including fishing frog, goose fish, toadfish and all mouth. This last name is especially appropriate since, when its mouth is open, the fish looks like a large mouth with a small body attached to it. The angler’s habit is to lie buried in the mud or otherwise concealed, with its lure dangling over its wide open mouth. Any fish that has the curiosity to investigate the dangling lure disappears with a dull snap down the cavernous maw.

Angler fish will eat practically any living thing that comes within reach, even an occasional sea bird.

A rather remarkable story has been told about two boys, an angler fish, and a duck, on the eastern coast of the United States. The two boys were fishing close to shore when they were attracted by the peculiar actions of a flock of ducks some distance away. Some of the ducks appeared to be diving tail first, and all the birds seemed to be somewhat alarmed. The boys rowed toward the ducks and, as they approached, saw a huge angler fish in the clear water come close to the surface, seize a duck and swallow it. The boys went back to shore for a harpoon and returned to the place where they had seen the fish. When they spotted the angler on the shallow bottom, they harpooned it, towed it to shore, and then were surprised to see that its sides were moving rather vigorously.

Concluding that it must be the duck, they cut open the fish and found the duck, still alive, but covered with the angler’s stomach secretions. When cleaned, the duck was none the worse for its experience and the boys kept it as a pet for some time, naming it, quite appropriately, Davy Jones.