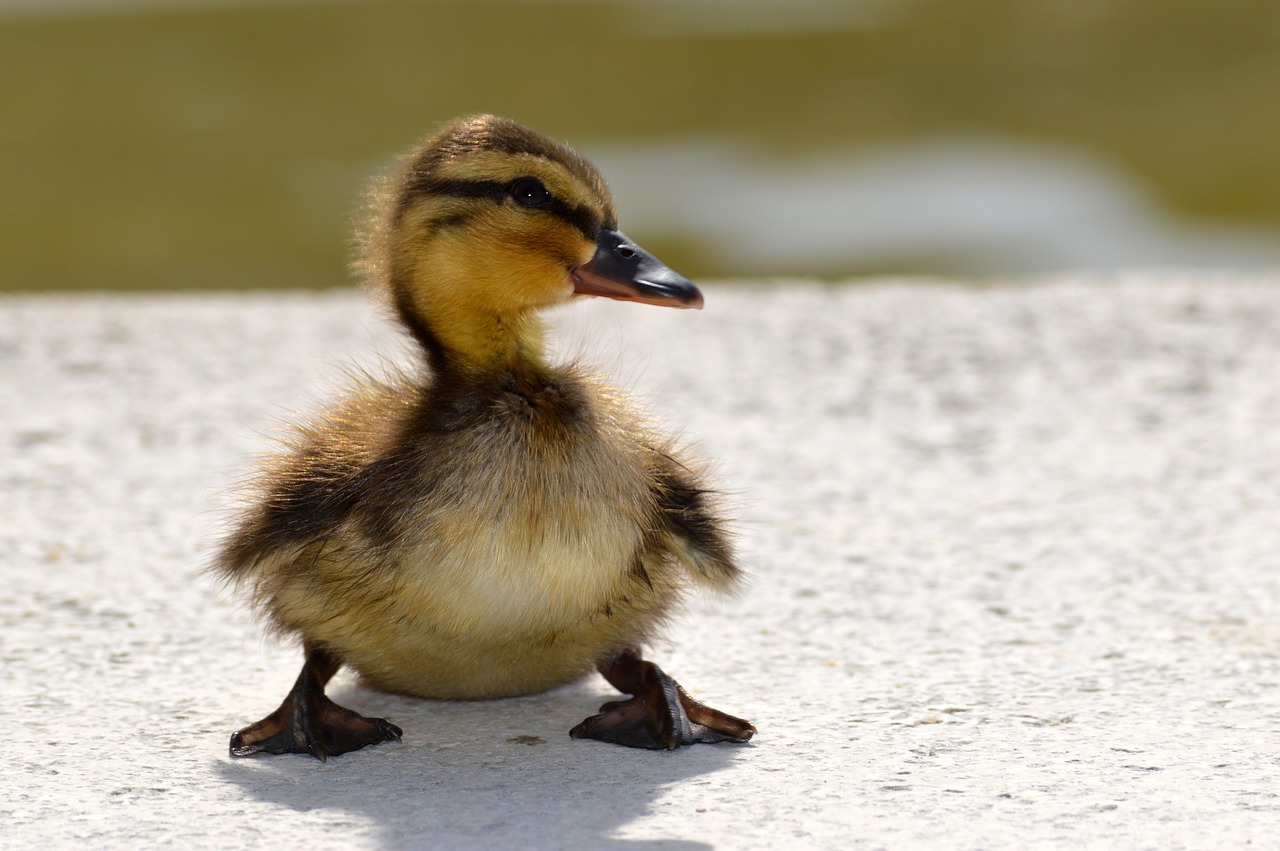 If you have ever had a duck as a pet, you might know how fun it is to have one. And if you haven’t had one, you should probably think of getting one because contrary to the popular belief ducks loves to be around humans and likes to be petted.

Especially baby ducks, those cute little furballs are known for being irresistibly cute and adorable owing to their innocence and dumbness. Watching a baby duck walking around is in itself a stress buster!

In this article, we have compiled a list of cute baby duck photos, videos, and facts that can make your day. We have also answered some of the most commonly asked questions regarding baby ducks!

9 facts about baby ducks that you never knew!

Fact 1: A baby duck is called a duckling 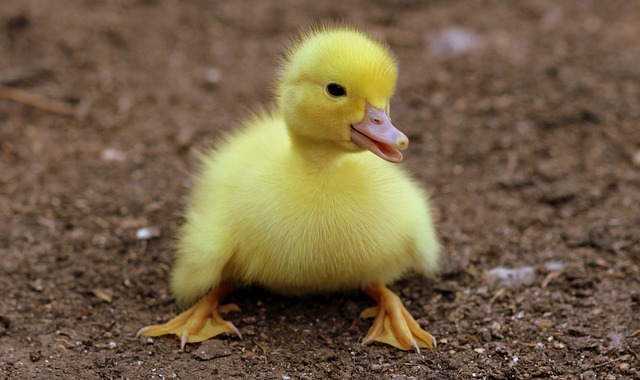 A baby duck irrespective of its gender is called a duckling. Only when they become big enough shall they be called different names based on their gender.

Fact 2: A baby duck is precocial

A Precocial species are those whose young are relatively mature and are able to be mobile right after their birth. This is in fact and adaptation that helps the quickly evade the predators.

This means that the ducklings are capable of feeding and following the mommy ducks around right after they come out of their eggs. All they need is time to dry themselves up after hatching, which generally takes only around 1 to 2 hours.

Fact 3: A baby duck can swim within hours after birth 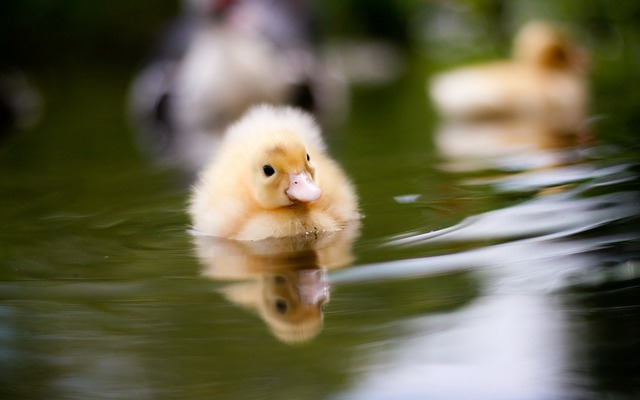 Being a precocial species a duck can swim with its mom within a few hours after hatching. Similar to the adult ducks, these ducklings also have a waxy coating over its feathers and an intricate feather structure that ensures that the feather remains dry.

In fact, not just the feathers the layer of skin that is right next to the skin will remain dry.

As a piece of additional information, there is a uropygial gland situated at the base of the tail that produces the waxy oil coating the feathers!

All ducks including the ducklings have impressive eye features. If you have noticed, a ducks’ eyes are on the sides of their heads giving them a staggering 340-degree field of vision.

Also due to the unique shape of their eyes, they can simultaneously see objects that are both near and far.

As said in the previous section, ducks are precocial species because of which ducklings are born with their eyes open and already have down feathers to stay warm.

Like all babies, ducklings like to be petted and cuddled by their owners. There have been many cases where a duckling that has been rescued by a human behaving to them as they would to their mommy duck.

Among the ducks, generally, the male ducks tend to enjoy being petted by their owners than the females owing to their calmness. When it comes to female ducks, they prefer playing and being left alone than being petted.

Though a duckling can swim within hours after coming out of its eggs, it cannot dive underwater like an adult duck.

If you have seen a duckling, you might have seen that they have smaller wings that aren’t strong. But with time they will start developing stronger and broader wings, which will allow them to dive deep into the water. 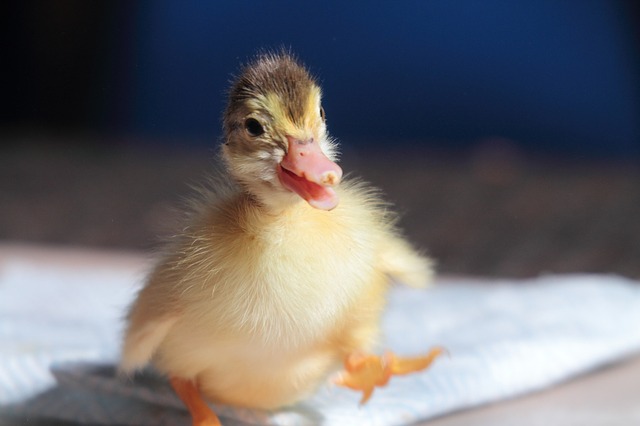 Similar to the adult ducks that do not have nerves or blood vessels on their feet, ducklings do not feet cannot feel cold.

If you are someone living in regions with extreme winters, you don’t have to worry if your duckling waddle about in the snow or decide to go out for a swim on a cold winter day. 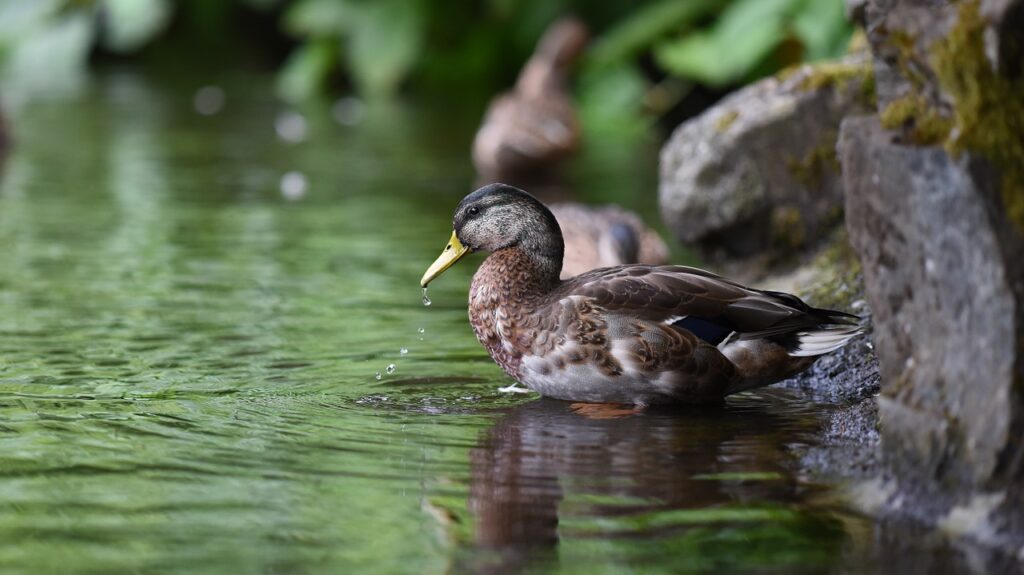 Similar to what adult ducks do, the ducklings also eat rocks that you don’t have to worry about. They don’t eat rocks because they are hungry rather they eat the rocks and store them in their gizzards and use them to breakdown the food that they eat!

Now that we have discussed some interesting facts about ducklings, let us have a look at the commonly asked questions about them!

Are all baby ducks born yellow?

If you have seen a wild duck, you might have seen that none of them is white because when living in the wild they are vulnerable to be preyed upon. So having a brown color helps them better blend with their surroundings.

Whereas, in the case of domesticated ducks they are not often threatened by the predators owing to which most domesticated ducklings are yellow and over the time changes their color to white.

When can baby ducks swim?

Being precocial species, ducklings are born with their eyes open and they also have a waxy coating over its feathers that keeps them dry and warm enough. A duckling can swim within hours after its birth. All they would need is time to dry themselves up which can take almost up to 2 hours!

In fact, once they all the ducklings have dried up they follow their mama duck to the nearest pond for their first swim. This is indeed an interesting sight to behold.

How do you tell a duckling’s gender? 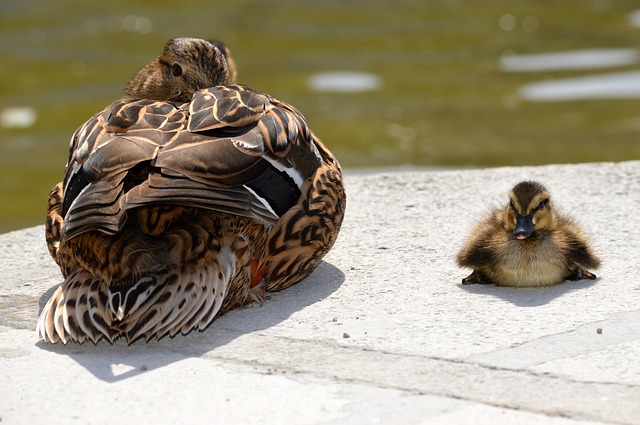 Identifying a duckling’s gender isn’t a walk in the park and it normally takes an expert to identify their gender.

According to experienced breeders and poultry farmers, the ducks will tell you themselves their gender.

Listen to their quack

Female ducklings tend to be noisier and active than males in general. In most cases, by the end of 6 weeks, the females will start making distinct quacks, and males would still sound low key.

Keep track of the loud ones in the group and observe them over time. If they turn out to be louder day by day, you can be sure that they are the females.

Males are bigger than females

In general, male ducks are bigger than females. This is the same when it comes to ducklings. By to 4-6 weeks, the males in the groups will look significantly larger than female ducklings. Apart from being bigger, the males also have thicker legs and hence appear to stand taller than the females.

These are some of the easiest methods to identify their gender, it is always advised to seek the help of a professional!

What color are baby mallards?

Can you have a baby duck as a pet?

Yes, you can keep a baby duck as a pet. As said in the previous sections, contrary to the popular belief that ducks do not love to be petted they can be an amazing company to have around.

Compared to other pets, ducks can be beneficial pets to have around owing to the sheer amount of manure they produce (droppings).

Also, they can live up to 15 years, if taken good care of.

What can you feed baby ducks?