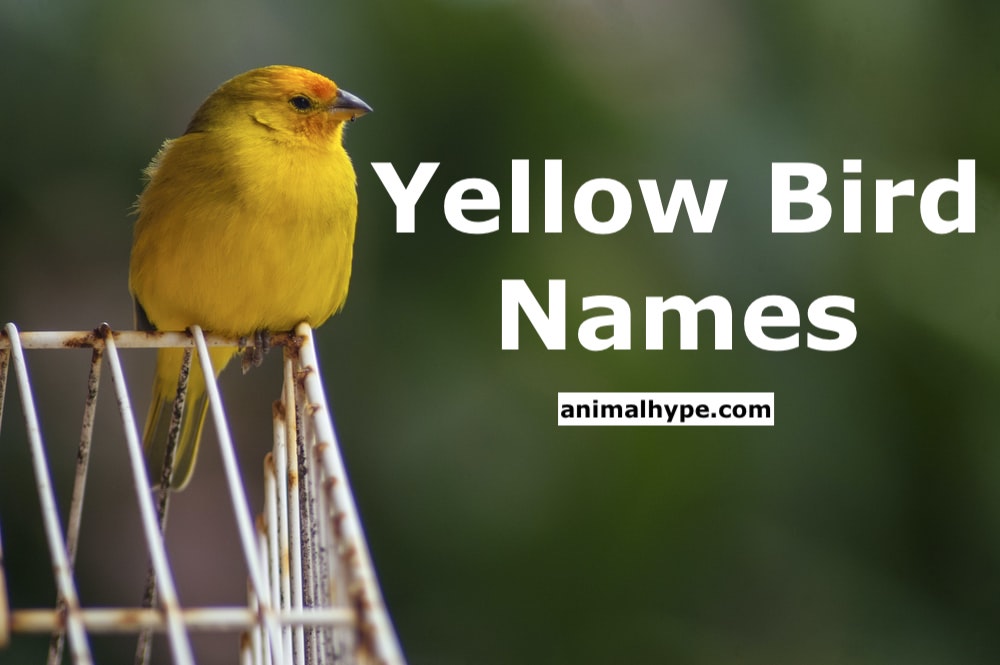 Many breeds of birds have mostly yellow feathers over their bodies. These breeds include the Saffron Finch, Baltimore Oriole, Summer Tanager, Scarlet Tanager, American Goldfinch, and more. All of these birds have bright yellow feathers with an orange tinge.

Some yellow birds’ feathers are a combination of both green and yellow. While these birds are a pleasant sight in themselves, yellow birds tend to be associated with happiness and positivity in pop culture.

If you see some of these yellow birds often, or if you have any as pets, you may want to name them to distinguish them with ease.

Naming an animal can sometimes be challenging because there are so many options to pick from. Well, a little bit of direction can help you narrow down your options and go with what best suits the animal or bird in this case.

You’re in luck as this guide on cute and cool names for yellow birds will categorize names based on color, gender, entertainment references, and more. So, you can get through the naming process quickly and begin interacting with the bird right away.

Phoenix: A phoenix is a mythical bird from Ancient Greek folklore that doesn’t die by being reborn again. This creature is a mix of yellow, red, and orange, as it’s associated with the sun. Phoenix is also a female name used for people and pets.

Go over some more female yellow bird names if you’d like a few more options to consider. 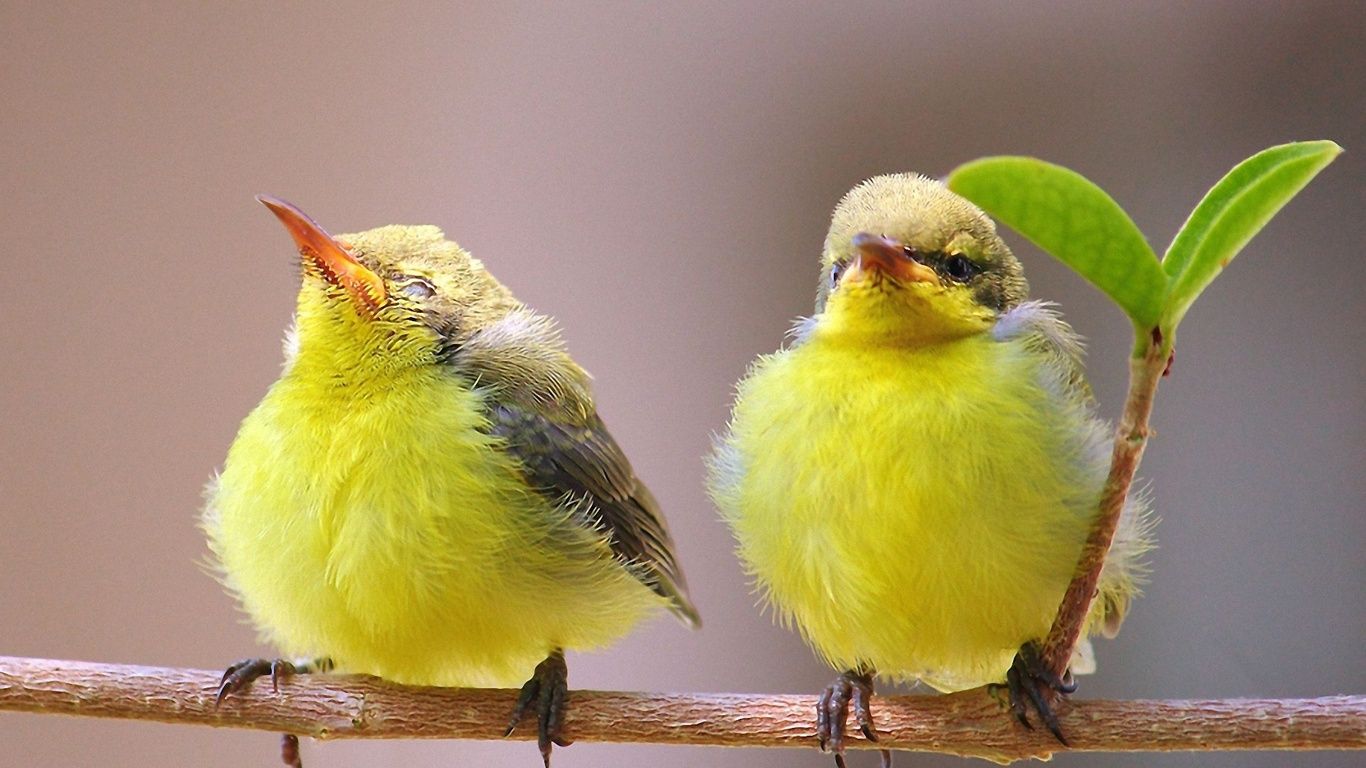 Anyone who loves birds will agree that parakeets and other small birds are cute animals. Parakeets have chunky necks, roundish heads, and small beaks.

That said, regardless of what breed or size your yellow bird is, here are some cute yellow bird names that you may want to give your adorable feathery friend.

Bumblebee: You could name your yellow bird after a small creature that flies too. Sounds kind of cool, right? No?

Well, you’ll be please to hear that this is also the name of a yellow Autobot from the Transformers lore. He’s one of the good guys and is always ready to help and do the right thing. You can’t get much cooler than that.

If you’re not sold on Bumblee or have another yellow bird you need to name, here are some more cool yellow bird names. 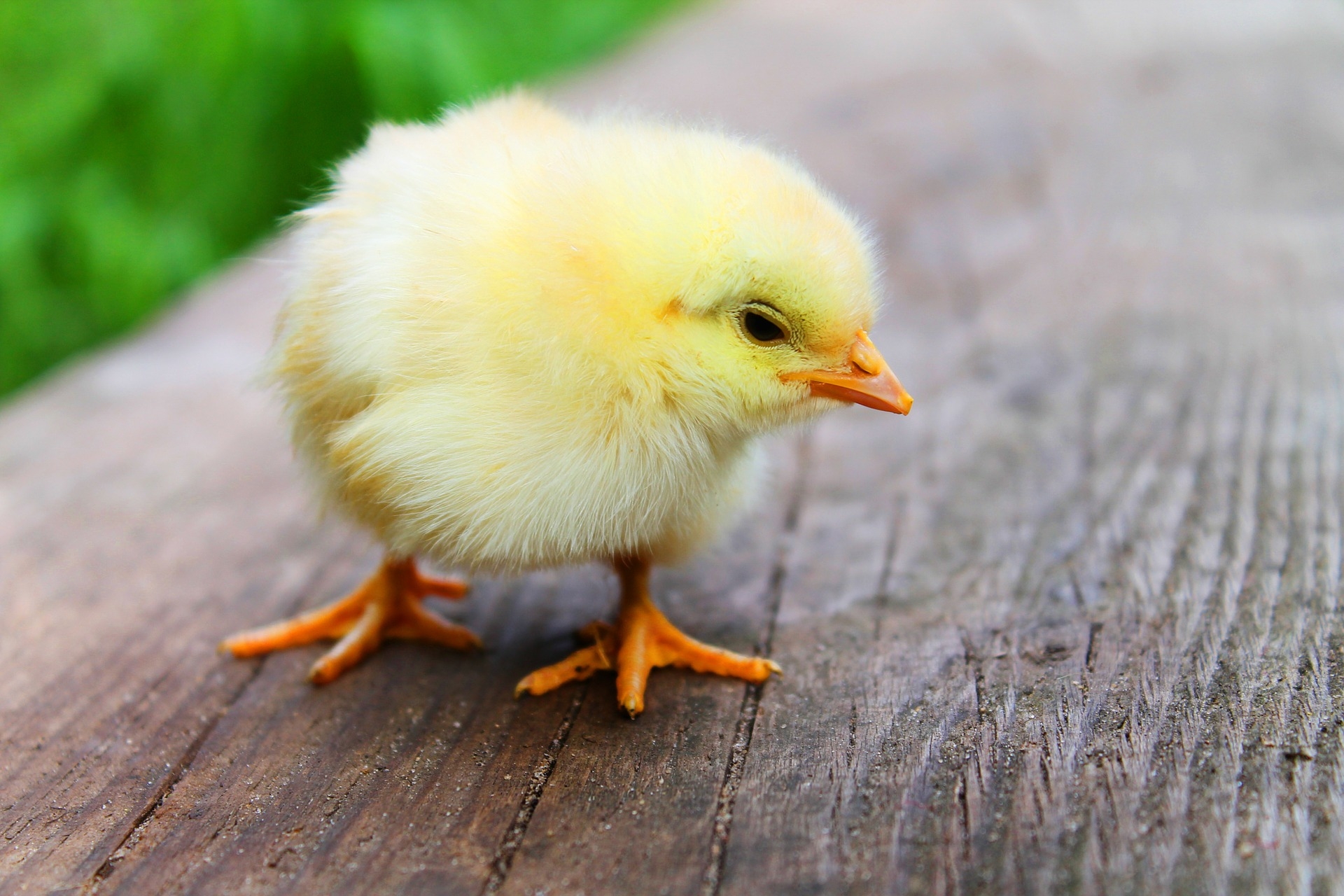 Tweety: Tweety is a popular character from Warner Brother’s animated cartoon series Looney Tunes. This character is a small yellow canary that’s smart and runs away from his rival Sylvester, a black cat. Tweety first appeared in 1942 and still appears in Looney Tunes to this day.

Some people may not want to pick a popular name—we understand that. Well, here some small yellow bird names that you can look into instead. 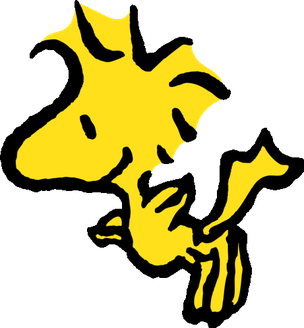 Woodstock: This is the name of the character in the comic strip Peanuts and the TV animated series featuring Charlie Brown. Woodstock is a yellow bird and the dog Snoopy’s best friend.

Woodstock was originally created as a female character, but the writer later changed its gender. So, if you’re looking for a somewhat genderneutral name for your yellow bird that can’t fly too well (like Woodstock), your choice is clear.

It’s common for people to pick unique names for their pets, as it helps them stand out from the rest. It also showcases your desire to be set apart from the crowd as well.

If you’re reading this, you probably fit yourself in the same category of people. Well, we have just the names to help make your yellow bird one of a kind. 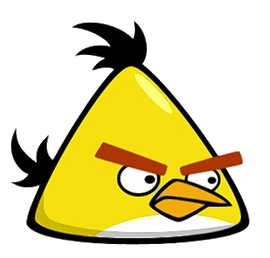 Chuck: Angry Birds is a 2009 videogame in which you can play as a few angry birds to topple over structures and takedown green pigs. One of the characters you can play as is a yellow bird called Chuck.

Chuck is a triangle-shaped bird (the only one that isn’t circular except the eagle), and it can cut through most materials better than many other playable birds in the game.

If you like the game, or if your yellow bird is a little on the cranky side (definitely can’t be triangle-shaped, that’s certain), then go for Chuck.

Quacker Jeff Duck: If you watched cartoons growing up, chances are you watched a lot of Tom and Jerry and loved it. The animated series first aired in 1940 and has made a place for itself in entertainment history.

The show is primarily about two characters, Tom, a housecat, and Jerry, a mouse. However, there’s one side character in some episodes.

This character is a small yellow duck called Quacker Jeff Duck. The duck is cute, naïve, but also clever and is always trying to escape from Tom’s jaws with Jerry’s help. 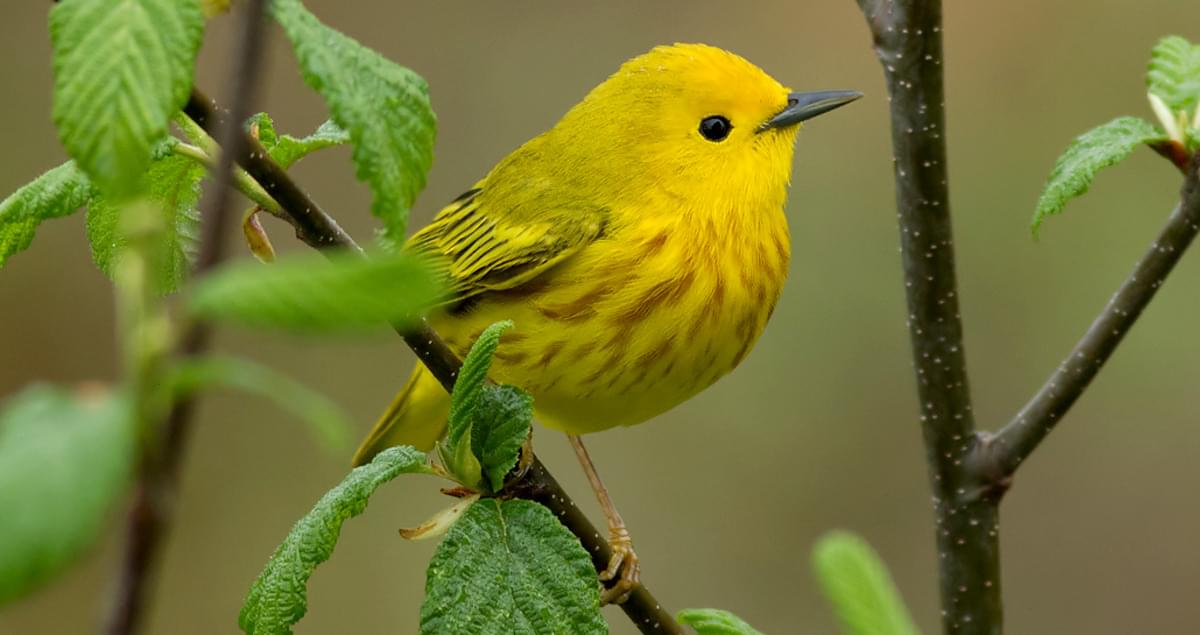 Adult female warblers are a great example of green and yellow birds. Typically, their backs have a mixture of these two colors, and their underparts are solid yellow. These birds have small and round heads and a stout bill.

Here are some names for a bird that looks like this one. 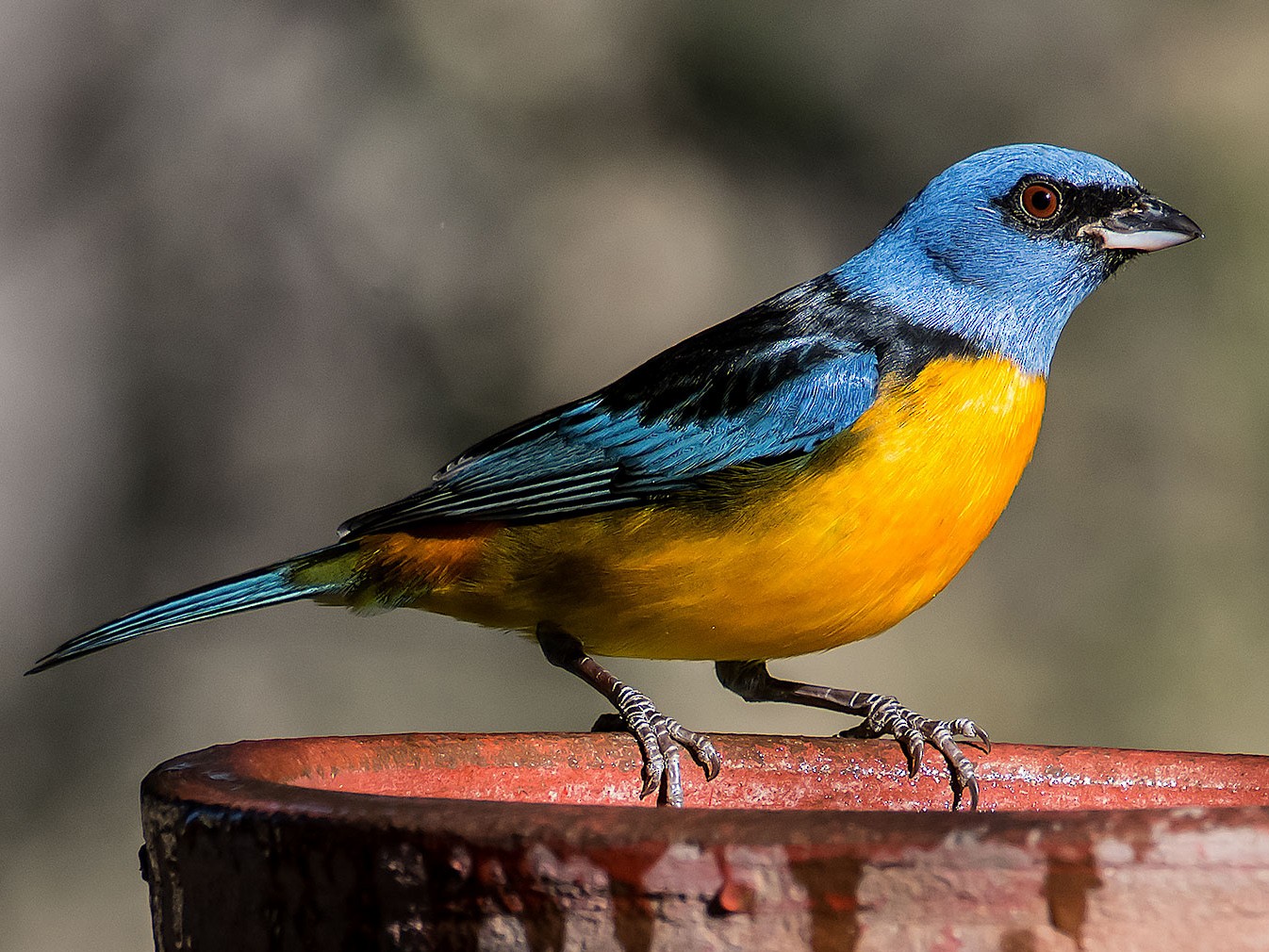 Take a look at some of these blue and yellow names. Wild Canary: This is the nickname for a male American goldfinch, which has a combination of bright yellow and black feathers over its bodies. These birds appear significantly different in the winter and summer.

Fenghuang: Fenghuang is a mythical creature from Sinospheric mythology. It has five primary colors: white, yellow, black, green, and red.

Images of this creature have been present in Chinese history for more than 8000 years. This bird is also believed to only be present where there is peace, happiness, and prosperity.

If you’re looking to show off your knowledge of history and mythology, naming your white (or black, red, or green) and yellow bird Fenghuang is one way to do that.

Big Bird: This is the name of the character from the children’s live-action TV show Sesame Street.

As the name suggests, Big Bird is an extremely tall canary (eight feet and two inches, to be exact) that was performed by the legendary puppeteer Caroll Spinney between 1969 and 2018.

Big Bird has a completely yellow body and orange legs. This name is perfect for large (or small if you fancy a bit of sarcasm) orange and yellow birds.

Budgies and parakeets are essential the same bird. Budgies (budgerigars) are small birds that are considered to be great pets for beginners. They’re playful, friendly, love to eat food, and can talk if you train them well. These birds come in various colors, one of which, of course, includes yellow.

Yellow ones are lutino budgies that have the ino gene. As a result, they have a solid yellow color, like canaries. So, check out these yellow budgie bird names and find your favorite.

Donald Duck: Donald Duck is one of the oldest characters of Walk Disney Animation Studios. Created in 1934, this white duck with a yellow beak has become an icon of comedy in pop culture.

Daisy Duck: Daisy Duck is also a Disney character who is a white duck with a yellow bill. She is Donald’s significant other.

We hope that our comprehensive guide on cute and cool names for yellow birds has given you some options to consider if not a name you’ve settled on.

Also, if you happen to have a budgie or parakeet as a pet, you can even get them to say their name. Good luck with your choices, and have fun!