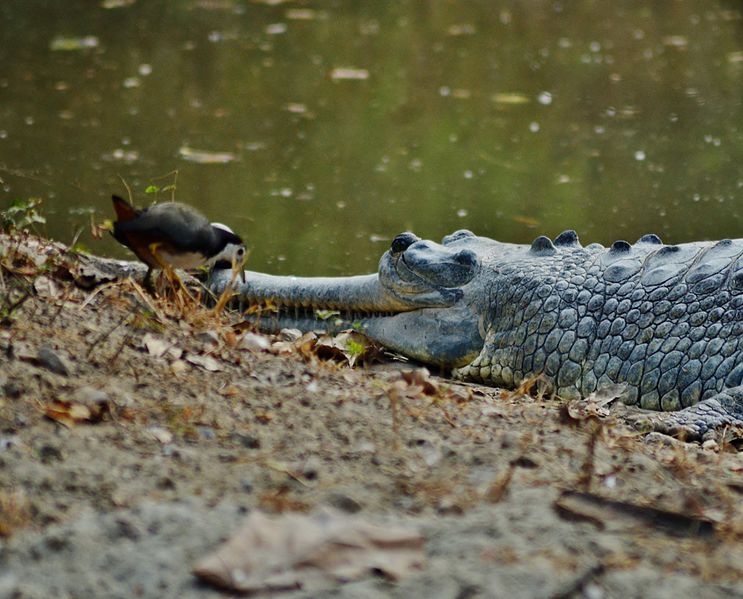 The black-backed courser of Africa, a medium-sized bird related to the sandpipers, has earned the name of crocodile bird because of its association with crocodiles.

Black-backed courser of Africa also known as crocodile bird is the only bird that picks the teeth of crocodiles. They go into the open mouth of a crocodile and eat the leaches, worms, and leftover stuck in between crocodile’s teeth.

Crocodiles have a habit of basking in the sun for long periods and frequently lie with their mouths partially open. Parts of their bodies, including the inside of their mouths, are sometimes infested with leeches, parasitic worms related to the familiar and considerably less detestable earthworms.

Crocodile birds are quite fond of these leeches, and pick large numbers of them from the crocodiles’ bodies. If the body pickings are slim, the bird will enter the partly open mouth of the crocodile and gobble up any leeches lurking within as well as bits of food lodged between the teeth.

As soon as its meal is finished, the bird, which apparently does not put too much trust in the crocodile, flies out backward, not even taking the time to turn around. Some authorities doubt the reports of this habit, but it has been observed in at least one captive bird and is apparently accepted by most biologists who have investigated the matter.