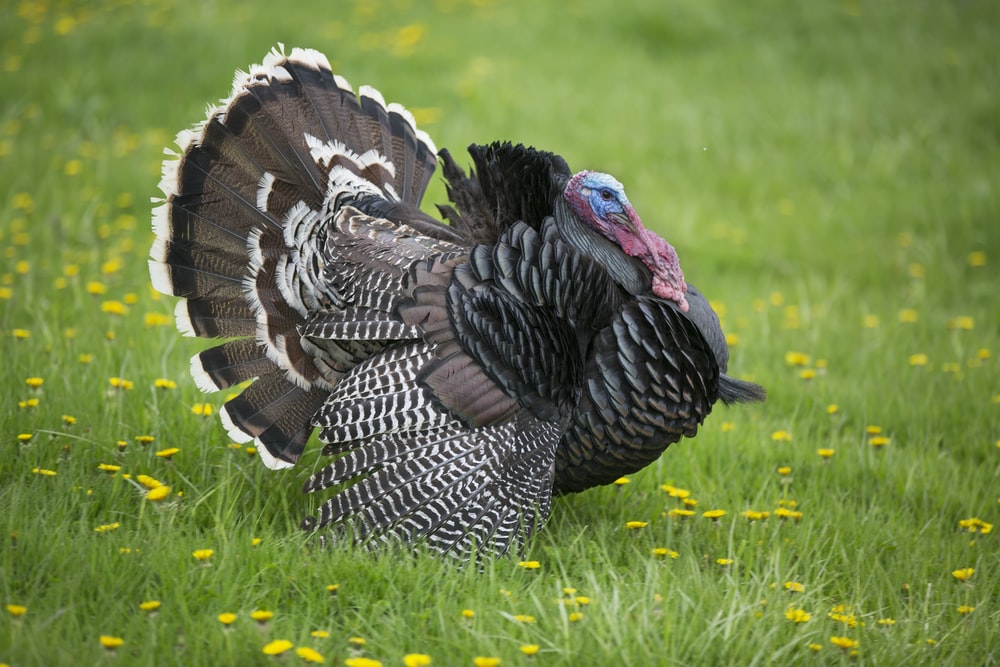 People have kept Turkeys in domestic settings from way back in 800 BC in Mexico. People bred these large birds to eat them and for their eggs.

Typically people reserve serving and eating these birds for special occasions in many parts of the world. It’s tradition to have stuffed turkey for Thanksgiving dinner and Christmas Day in the United States and Canada.

While eating these birds is common, you may not see or interact with one as often. If you ever get the opportunity to do so, you’ll realize just how beautiful these creatures are.

And if you’re planning to domesticate one or more, you’ll need to give them the perfect name. Luckily for you, we’ve prepared a comprehensive guide with numerous cute and funny names for turkeys.

So let’s get right into it.

Do you want to lighten the mood by giving your pet bird a funny name? Well, look no further than these funny turkey names. 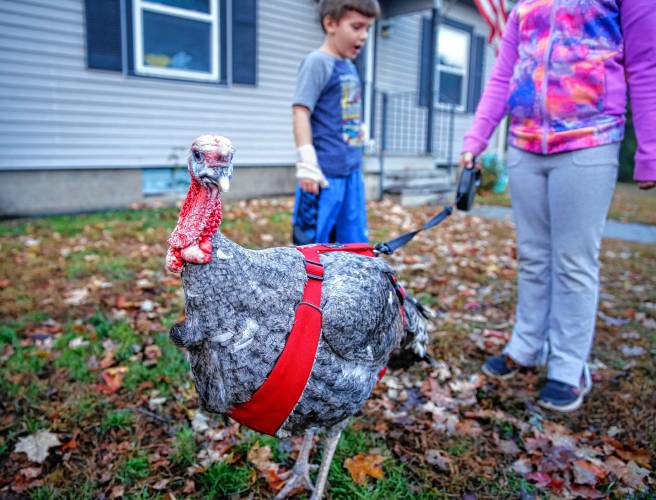 You won’t regret acquiring one or more turkeys to your flock. These big birds have personalities that match their size. Choosing a great pet name is the best way to start bonding with your new bird.

Take a look at these pet turkey names and pick your favorite.

Would you agree that short, one-syllable names make for the best pet names? If yes, then you’re going to love the following list of names:

Here are some cute turkey names for your large but kind of cute bird.

Hen: This the correct term for a female turkey. So, if you’re looking for a simple and apt name that’s easy to pronounce, you can’t go wrong with Hen.

Jenny: If you’re not really feeling the name Hen, then you could consider the name Jenny. A turkey that is one year old is known as Jenny.

For more options on female turkey names, go over this comprehensive list.

The US president “pardoning” turkeys every Thanksgiving is an old tradition. It started from the time of George Bush, but naming these pardoned birds began during President Bill Clinton’s presidency.

Here are some of the names the former US presidents gave to pardoned turkeys.

Pecan: Pecan was the pardoned turkey of 2008, along with it’s “vice” turkey, Pumpkin. This name is an excellent choice because it’s an obvious reference to pie—which, of course, is a staple on Thanksgiving.

Jerry: Jerry, the pardoned turkey of 2000, sounds funny and cute when you add “the Turkey” after the name.

Jerry the Turkey—come on, you have to admit that it has a nice ring to it. Also, Jerry is the first pardoned turkey of this millennium, so its cultural significance alone makes it an excellent choice.

Check out these pardoned turkey names from this century for more ideas.

This category contains some of the best turkey names, in our opinion. Perhaps you’ll find your favorite name in the list below, too.

You could name your turkey Harry to pay homage to this gracious turkey.

Charlie: If you’d like to name your Turkey on Thanksgiving, you could take inspiration from the national turkey pardoning ceremony.

Even though the bird was not officially named, Charlie was a pardoned bird during President Reagan’s presidency. Charlie was sent to a petting zoo in the same year he was pardoned, i.e., 1987.

Jerk-key: If you’ve been looking for a puntastic name for your rather rude turkey, Jerk-key is a great option. Also, considering how often turkeys go on the offensive with unknown people, you’re not going to have trouble finding a jerk-key.

Gobblin’: Turkeys make a distinct gobbling sound, and on Thanksgiving Day, you probably gobble up a lot of delicious turkey meat. Keeping those two details in mind, the name Gobblin’ is a punny name to give to your turkey.

If you’re looking for awesome turkey names, this section is for you. Check out these great options.

Turchia: The name Turkey comes from the Middle Latin word Turchia, which means “the land of the Turks.”

This name was for territory in Centra Asia and Eastern Europe.  However, because the Turks conquered what is now the country Turkey, the name has stayed.

So, if you want to show off a bit of your knowledge of history and etymology, name your turkey Turchia. 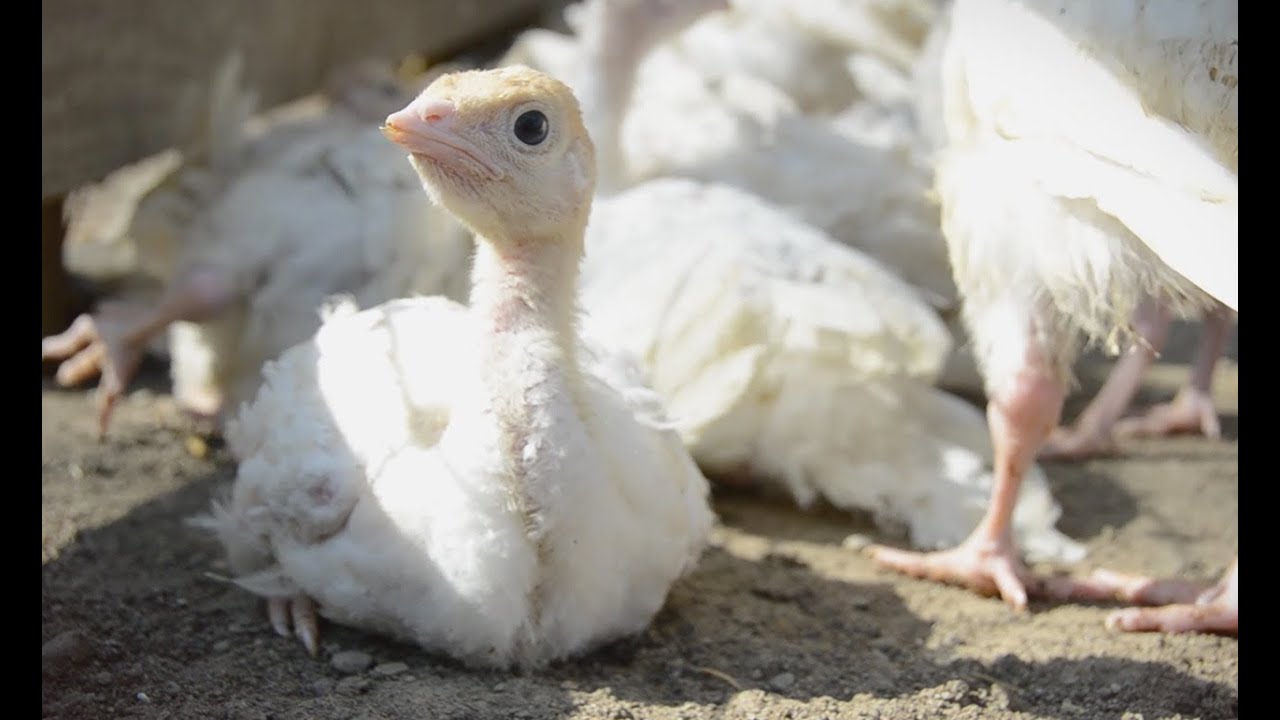 Poult: Poult is the technical term for a baby turkey. However, they are also known as chicks by farmers and other caretakers.

While this point is up for contention, poult is a better choice than chick because it’s not a common word.

Also, poult sounds somewhat sophisticated but is still easy to remember and pronounce because it’s only one syllable.

Black turkeys are beautiful and elegant-looking birds with all-black feathers and red necks. If your bird has black feathers, you may want to get a few ideas from this list of black turkey names. 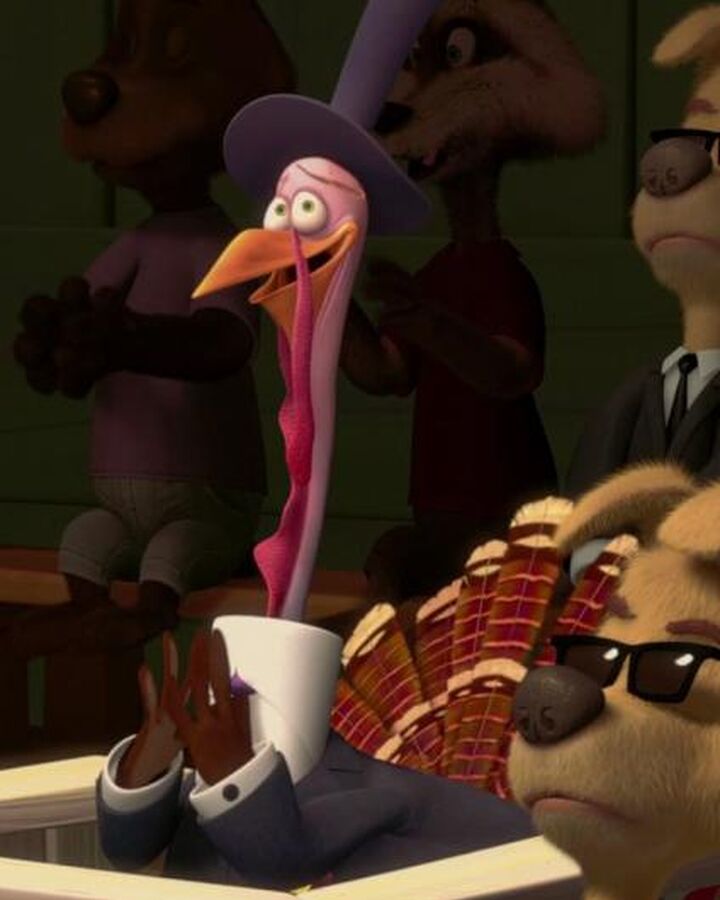 Mayor Turkey Lurkey is one of the good guys and aims to maintain order in the town. It’s funny, has a nice ring to it, and the word mayor represents a position of power—which is characteristic of turkeys. These birds won’t hesitate to attack creatures that they feel are inferior to them.

Male turkeys are typically more colorful and larger than their female counterparts. If you’ve got a new male turkey for your flock, these male turkey names are worth your consideration.

Tom: This is the term for male turkeys. The name is simple and easy to pronounce, so it’s a great choice for one of your male turkeys.

Jake: If you need to name more than one turkey, you could name your year-old turkey Jake.

For more options, take a look at the list below.

Considering the nature of the dance, and the content of the song, the name Gobble Gobble Turkey Wobble is definitely our top pick for silly turkey names. If you want something light and fun, this name is your best bet.

If you’re raising turkey poults for the first time, make sure to give them care, time, and attention. One of the best ways to show that you care for your pet is by giving it a name.

More often than not, people struggle to find suitable names for their pets, so you can take inspiration from our comprehensive list of cute and funny names for turkeys if you are in the same boat.

The multiple categories we’ve listed will help steer you in the right direction. When you are choosing a name, just remember to go with what sounds natural and reflects your turkey’s personality.

27 Common Birds Of Prey In Colorado