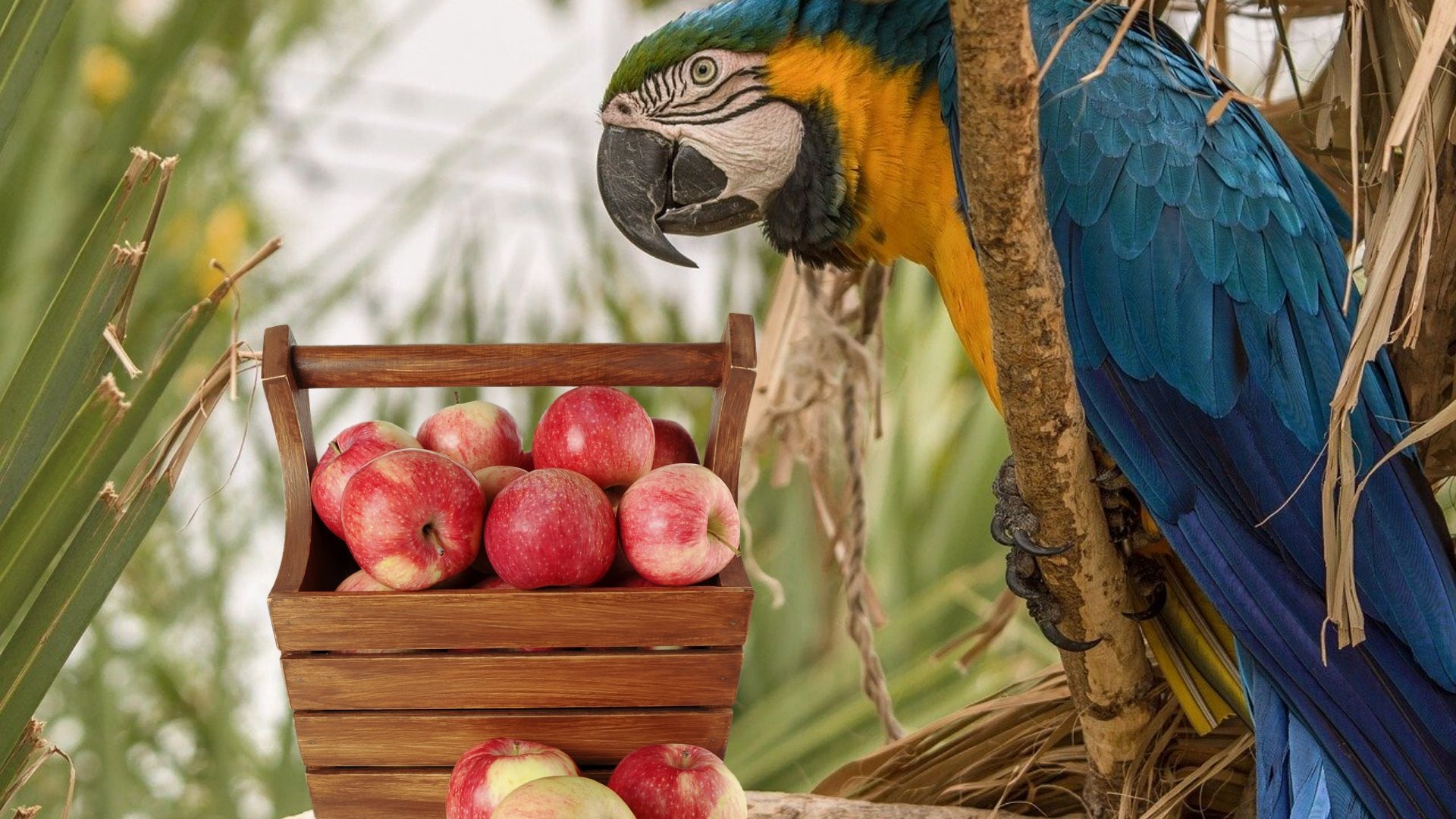 Can parrots eat apples? Yes, parrots can eat apples! But that being said, you must not feed them too many apples. The best way to go about feeding apples to parrots would be to give them small pieces of apples once in two days.

The basic thing to keep in mind while feeding a parrot is to make sure that you replicate its dietary pattern in its natural habitat. The digestive system of a parrot cannot cope up with a sudden change in its diet and it can have an adverse effect on them.

In this article, we will discuss in detail whether parrots can eat apples, their diet in the wild, alternatives to apples and a lot more.

The diet of a parrot in the wild 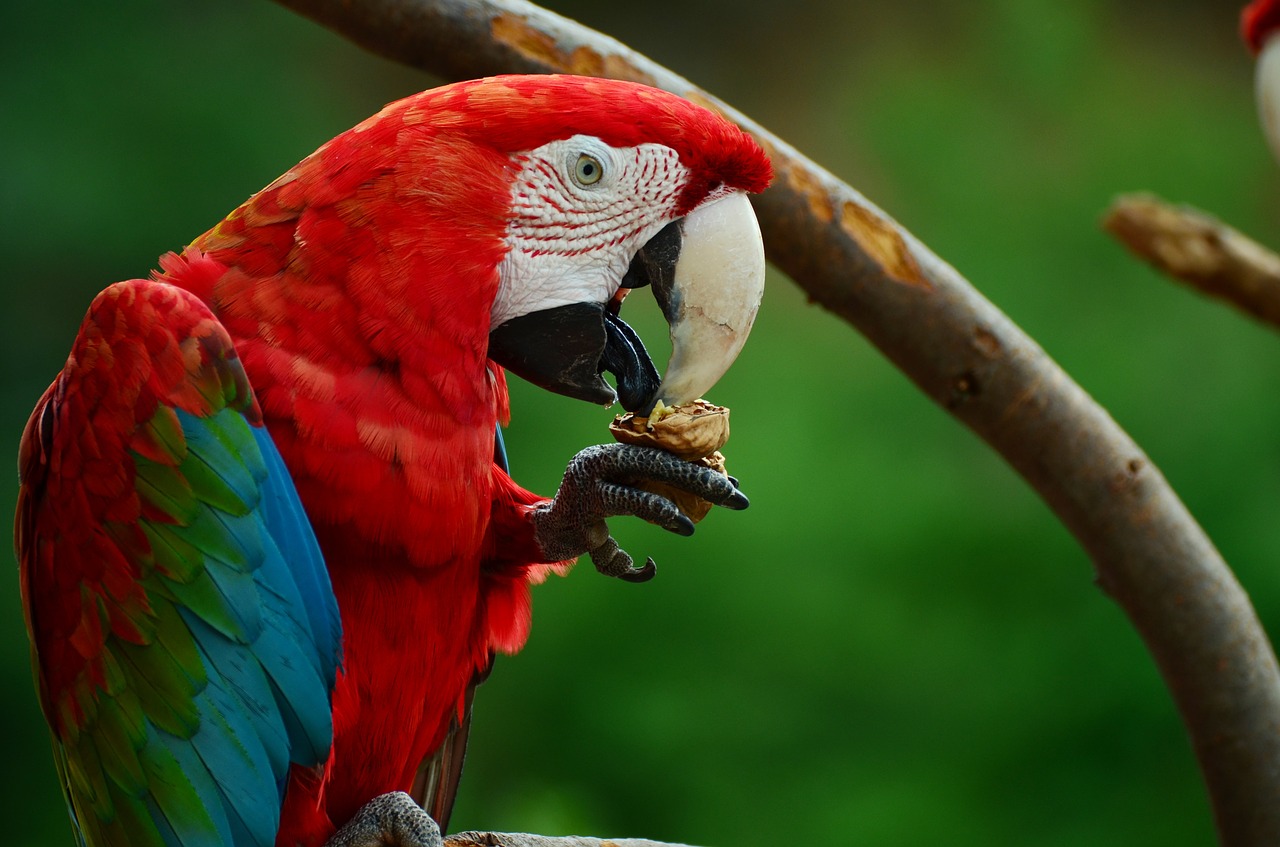 Before we proceed further, it is important that you understand the dietary pattern of a parrot in the wild.

Parrots in general feed on a variety of seeds, vegetables, fruits, nectars, small worms and insects in the wild. Yeah, you guessed it right they do consume a variety of food.

This is only a general pattern and depending on the type of parrot their feeding habits may slightly vary. For instance, the Lorie and lorikeet parrots need more nectar in the diet than fruits and grains. Their diet in the wild basically depends on their immediate habitat and the availability of food.

So it is always advisable to keep your parrot on a mixed diet!

Yeah, parrots in general love apples. That being said, most parrots only love sweet apples. Many parrot breeders have claimed that their parrots carefully pick and eat apples from a mix of fruits (Only if they are sweet).

It is for this reason, the quantity of apples you feed your parrot has to be kept in check. Too much sugar can make your parrot obese which can be life-threatening for it.

Is it safe to feed apples to my parrots? 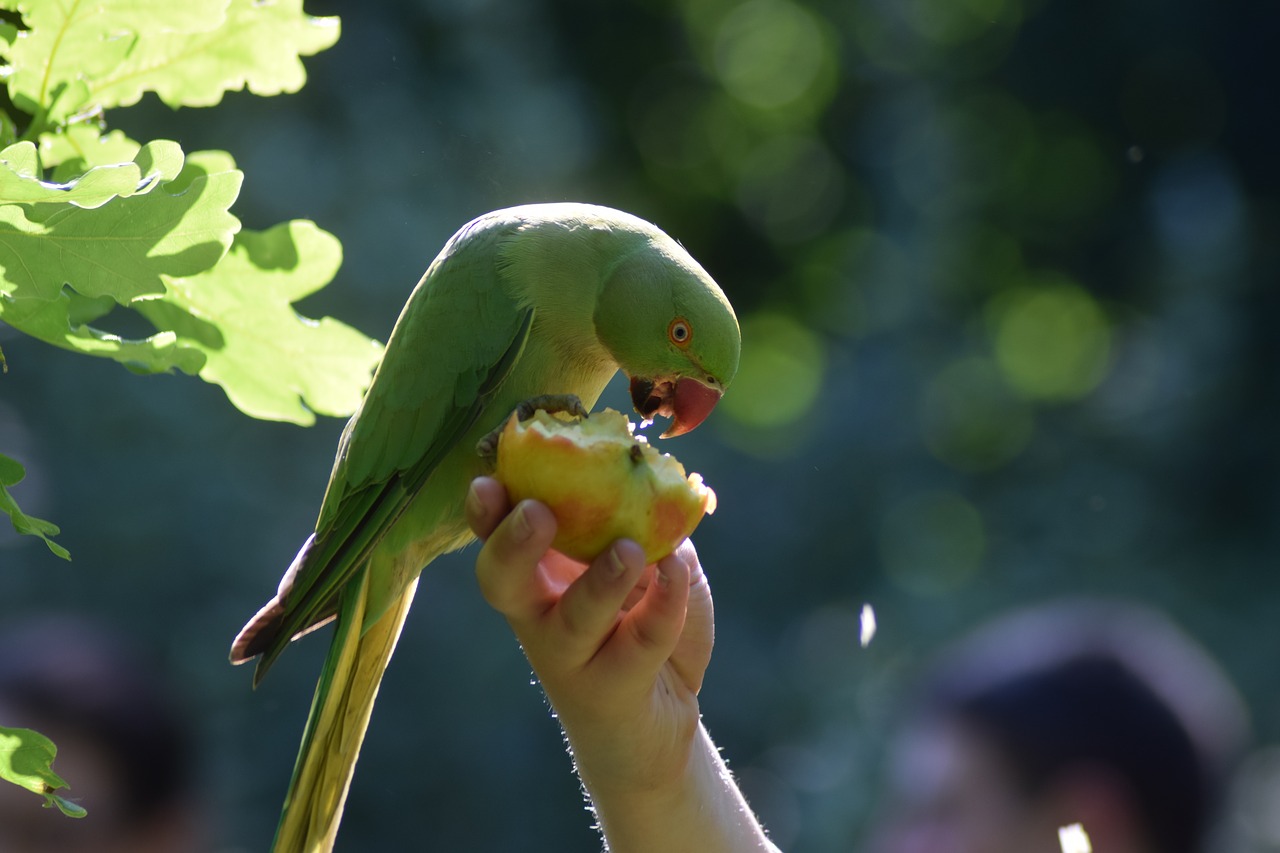 Apples are perfectly safe to be fed to parrots. In fact, apples are the most nutritious food you can feed your parrot. But you need to keep in mind that only small quantities of apples must be fed to your parrots.

The reason why we insist on feeding them limited quantities are for two main reasons:

High level of sugar in apples

Not just apples, any sweet fruits are going to have a high level of sugar content in them. This can make your parrot obese apart from becoming deficient in other vital vitamins.

The need for a balanced diet

As mentioned in the earlier sections, the best way to feed a parrot is to find ways to replicate its diet in the wild. If you don’t know the exact species of parrot that you have you should give it a mixed diet.

For instance, feed them seeds, vegetables, fruits alternatively to ensure that they get enough of all supplements.

Are the peel and seed of apples safe for parrots?

No, they are not safe for parrots. While feeding parrots apples, you need to make sure that you don’t give them their peel and seed even accidentally.

Similarly, the seed of apple contains a deadly poison, hydrogen cyanide in minute quantities. To be on the safer side, it is better not to feed them apple seeds.

Make sure that you peel the apple properly, take out the seeds, and cut the apple into small slices before you feed them to your parrot. The smaller the slices the better!

What if my parrot accidentally eats apple skin and seeds?

As mentioned in the earlier section, it is best that you don’t feed the skin or seeds of apples to your parrots. That being said, you don’t have to worry, if your parrot accidentally eats a couple of seeds or skin of an apple.

You need to understand the fact that the skin of an apple does not contain any toxins that can potentially harm your parrot. Instead, it’s the pesticides used while farming that is harmful. Prolonged consumption can cause a health condition to some parrots.

Similarly, the seeds of apple do not have the presence of hydrogen cyanide as such. Instead, it contains a chemical known as amygdalin, only when the seed is damaged, this amygdalin decays to form hydrogen cyanide in negligible amounts. There is absolutely no need to worry even if your parrot accidentally eats a couple of apple seeds. 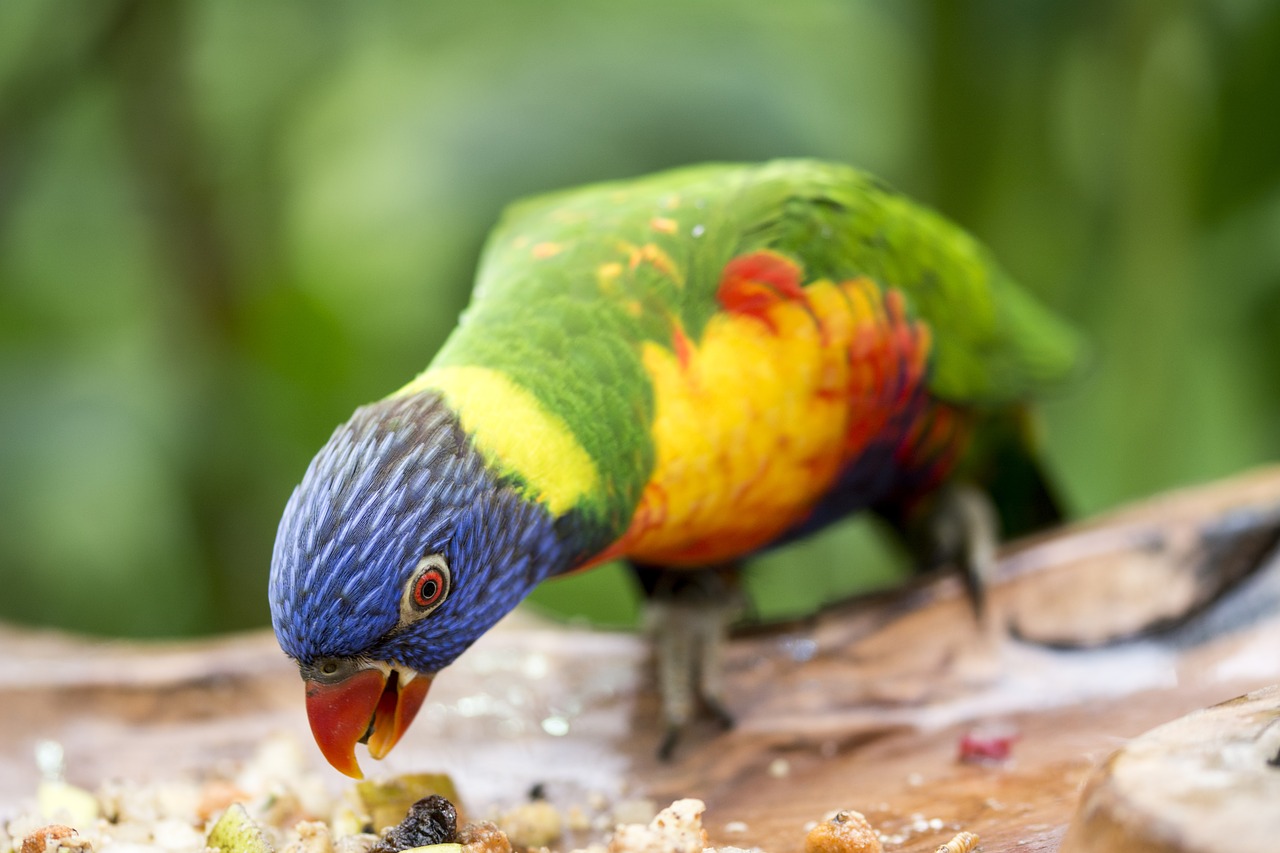 There have been no reported cases of a parrot dying from eating the seed of an apple.

When the scientific community discovered that there are traces of amygdalin in apple seeds, people stared panicking and began spreading the wrong information that apple seeds contain hydrogen cyanide.

As mentioned in the previous section, apple seeds contain only amygdalin and not hydrogen cyanide. Amygdalin breaks to form hydrogen cyanide only when the seed is punctured.

On average, each apple seed contains the only 0.15mg of amygdalin. Let’s say that your parrot ate 20 apple seeds in one go. Even then, the amygdalin in the 20 seeds will decay and produce only about 65mg of hydrogen cyanide.

So if the math is right, your parrot would have to eat 50 apple seeds (that’s about 10 apples) in one stretch to produce enough hydrogen cyanide to harm it.

In fact, more than the chances of cyanide poisoning what worries most pet owners is that parrots can’t digest the seeds properly.

Can I feed apples to baby parrots?

Ideally, you should not be feeding the baby parrots apples. The digestive system of a baby parrot is not like an adult’s. They are going to need some to get acquainted with the varieties of food out there. You can feed them the following food items

What are the other food items, I should avoid feeding my parrot?

Always remember, the best way to feed a parrot is to replicate its diet in the natural habitat. Though fruits such as apples, grapes, and cherries can be fed to your parrots once in a while there are certain food items that should never be fed to parrots.

For instance, processed foods, fried items, dairy products, soft drinks are some items that you should never give your parrots. Even once in a while!

Apart from these, the other food items that you should never feed them include

Your parrot is going to eat everything you feed them irrespective of whether it is good for their health or not. But being a responsible pet owner, it is up to you to decide what is best for your little friend.