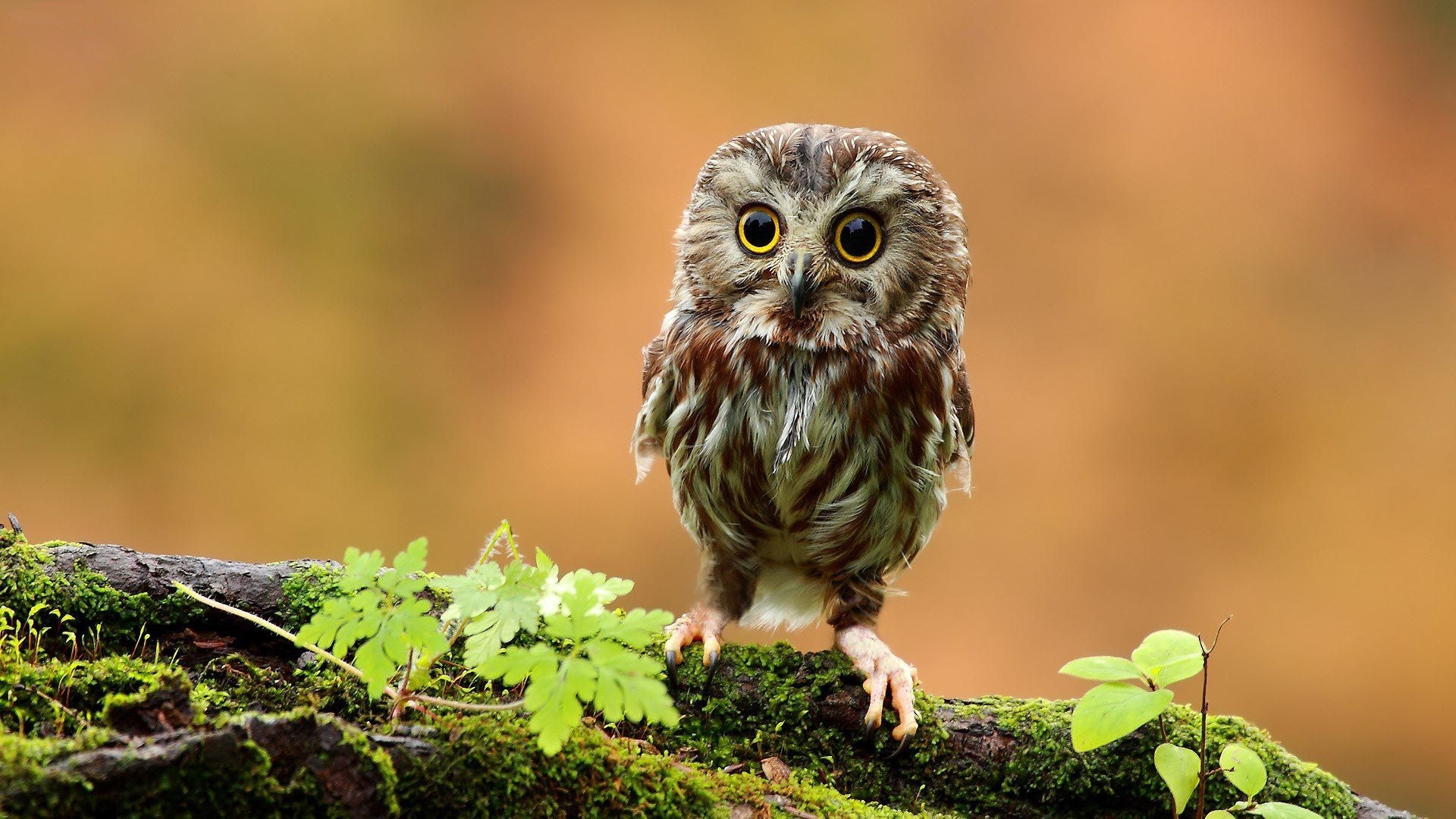 This article will help people who come across baby owls, which is not uncommon with some suggestions along with photos and videos of these unbelievably cute creatures. They grow into being magnificent creatures with unique appearances when compared to other birds of prey such as kites, falcons, eagles, etc.

In addition, one could say that owls are specially adapted to survive in the wild and would, therefore, require, close attention when a person finds himself in the care of young owls.

Let’s get to know more about these magnificent birds!

What do you call a baby owl? 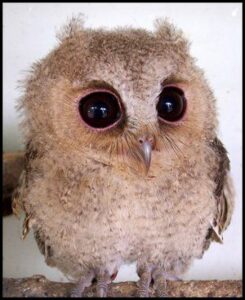 Unlike other birds, baby owls are not referred to as chicks but rather as Owlets. Owlets tend to remain in their nests up to a period of 6 weeks, during which their parents feed and protect them while teaching them lessons they will need later on in life, as adults.

For example, certain species of owl have their nests on the tallest trees in the world (found in California, U.S.A.) and their owlets are taught to grip branches so they don’t fall before finally taking a leap of faith for their first flight.

Owls live in suburban areas and other environments close to human-beings as well. The question naturally comes up – what do you do if you find an Owlet?

What do you do if you find a Baby Owl? 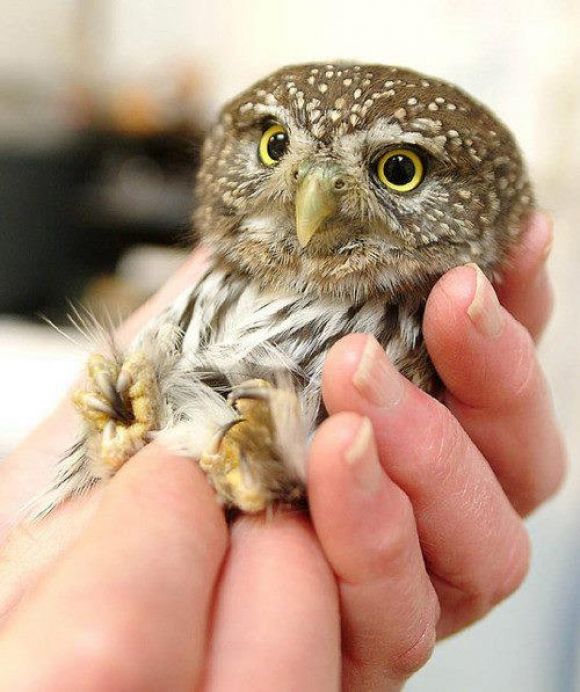 Well, the best answer is almost always, let nature take its course. Unless you find an owlet that is obviously injured or far away from its nest and on the ground as may be the case – since owlets have been known to fall off their trees.

In fact, towards the later period of nesting, some owls have been known to feed and protect their young that have fallen from their nest until it is ready to fly and leave permanently.

The best advice we can give is to call the local authorities that oversee wildlife and their care. In some parts of the world, governments have organizations specifically in charge of caring for birds of prey, who can help with health and nutritional requirements for Owlets.

Do Owls abandon their babies?

The answer is that Owls tend to make great parents with their unique birthing periods as they lay eggs over a period of days.

Often, one can find a nest with owlets and fledglings of different sizes at the same time. Scientists believe this to be evolution’s way to ensure that at least a few of the babies survive into adulthood although the youngest can be more vulnerable when factoring in the competition for food with their siblings.

Therefore, there are situations where young owlets may be found alone with no parents around. If you come across such a vulnerable creature, good judgment is imperative as it is possible that the parents are protecting them from up above. 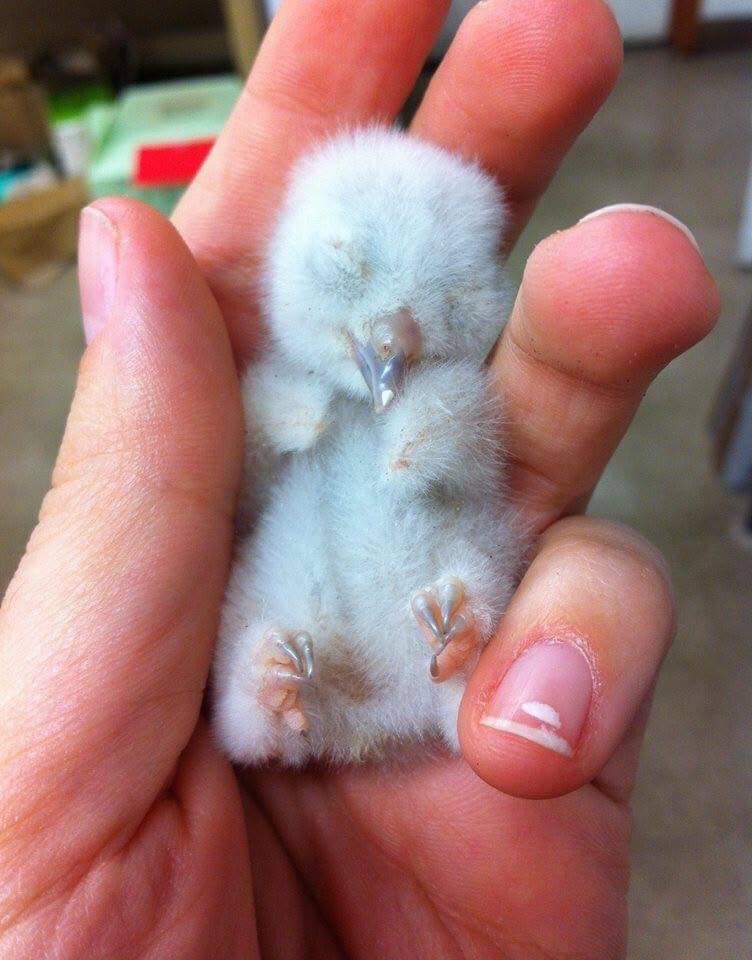 Owlets are born as scrawny and vulnerable little creatures with barely any feathers, if at all. Although they grow fast and become resilient adults with magnificent plumes and a rather, fluffy and cute round face.

When they first hatch, they look more like the chick of most other birds, before developing individual characteristics like color. After a few weeks, we notice that while they remain vulnerable and entirely dependent on its parents or handler, they are extremely cute creatures by this point.

Humans need to understand that at such a young age, owlets are very likely to imprint on their handlers and view them as their parents, making the process of releasing them back into the wild very difficult.

Let’s consider the unlikely situation where you find an owlet that has been abandoned or is injured and requires immediate care. The first thing you need to know is whether owlets are dangerous? 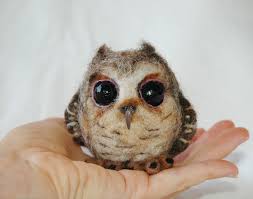 In short, no! As mentioned earlier, owlets are cute and vulnerable creatures and even more so in a scenario where they are injured.

Having said that, there might be a situation where the Owlet is a little older – In that case, these magnificent birds are strong and protective gear is a must.

We would recommend using gloves to avoid any scratches from their talons while handlers should be using tweezers or some other device to feed them especially if the bird is to be released into the wild, due to the risk of them imprinting easily at a young age.

The spiritual significance of Owls for human beings – An interesting trivia 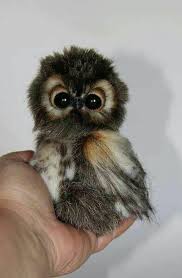 Owls have had a long history of living along with human beings.

Depending on the culture, their significance to humans have differed and is reflected in the art and paintings across thousands of years.

More recently, Owls have been harbingers of death and sometimes unfortunately accused as bad omens. This is the case with certain African cultures such as the Kikuyu of Kenya.

However, in Japan – Owls have been known as lucky, where their shapes may be carried around as a charm or some form of a talisman.

In ancient cultures such as those followed by Hindus, Owls have been represented as the “Vahana” or mount of the Goddess Lakshmi.

How long baby owls stay with their parents?

This would depend on the species and could vary. On average, they tend to stay with their parents for about six weeks but could also be more. For example, the commonly found barn owl has young that return to the nest during the day and roosting with their parents, even as late as the 14th week!

The notion called dispersal, where the fledglings leave the nest to find their home ranges might occur as late as the 13th of 14th week by which point, the parents have gradually reduced feeding their young.

Owls have the supernatural ability of learning to hunt through their instincts and this can happen any time between 10th and 14th week.

What time of the year do Owls lay eggs?

Scientists have recorded nests with eggs in every month of the year. The most common time is during Spring around May or April, depending on which part of the world they are being observed.

However, even this has been affected due to climate change and most eggs are being laid at later times due to their natural environments vanishing or change in temperatures.

Once again, the data may change depending on the species and location.

How often do baby owls eat? 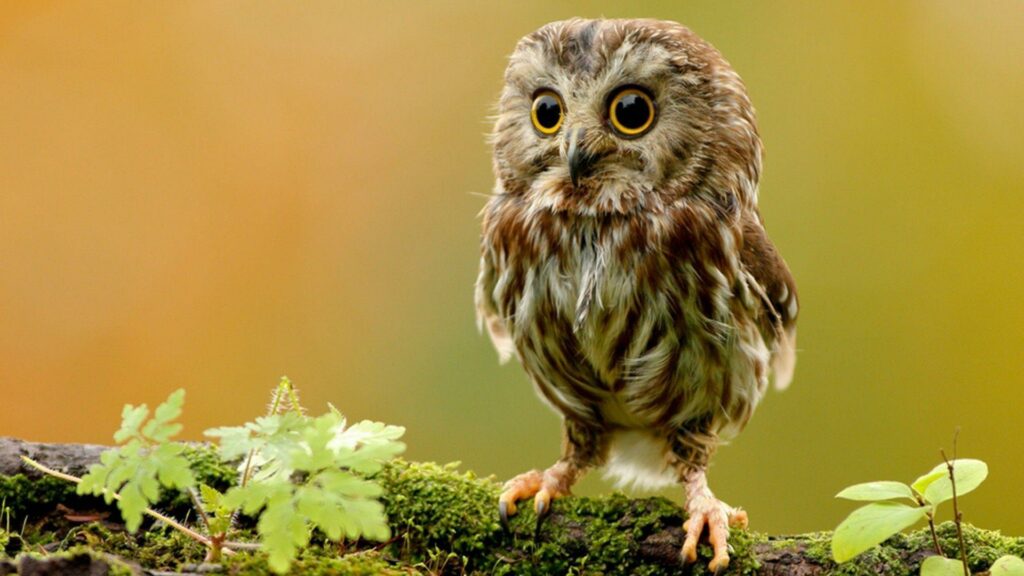 Owls tend to feed their babies every day depending on the availability of food. The responsibilities of hunting and feeding their young is generally taken by the father while the mother remains with the young to protect them.

Further, the feeding reduces with time, as briefly mentioned earlier so that by the 14th week, a young barn owl may be self-sufficient.

At a very young age, including the period ranging from hatching to about week 7 (continuing with the example of the barn owl), the owlets are fed regularly by their parents.

People who find themselves in the care of a young owlet should take care to ensure that they are being fed regularly and in enough quantities after checking with experts.

What can you feed baby owls?

Owlets can be fed chicks of poultry and even lean beef but not lamb or pork.

In general, this can also include raw meat in the case of an emergency, although it is recommended that the meat be washed and cleaned of any harmful substances and bacteria, etc.

Further, a favorite meal of owls is mice. On average a young owl may require 2-3 poultry chicks every 24 hours or about 4-5 mice. Be sure to make the pieces very small when feeding very young owlets.

Why do baby owls hiss? 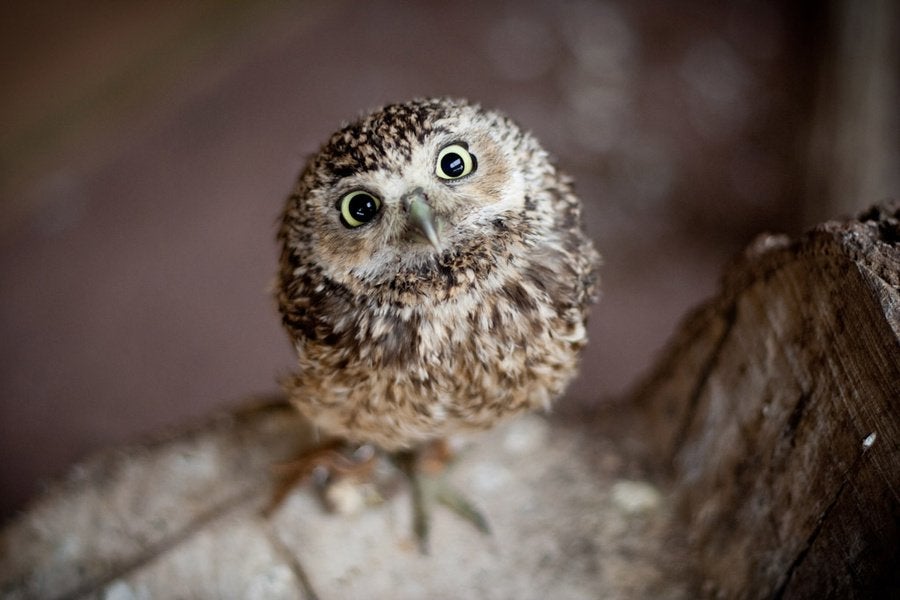 Owls have been known to make various sounds from hissing to hooting and some species may also chirp, whistle, scream, screech or shriek.

These are known as vocalizations and are used by these magnificent creatures to communicate with other owls or their handlers for different reasons.

An interesting piece of information is that owlets have been known to hear their parents even while in their eggs and scientists have tested this by mimicking owl sounds to eggs and getting a response!

Hissing may be used by owls to indicate danger or to scare away any intruders or predators as well.

Do baby owls sleep face down?

Depending on the age, owlets sleep as their parents do, which is with their eyes closed and with slight movements of the head. As one may imagine, they change quite a bit in their appearance and personality as the first weeks pass by.

Usually, no. Owls in general, tend to get most of the water and moisture they need from the food they hunt and eat, such as mice, insects, poultry chicks, etc.

Although there have been rare instances of Owls drinking water in the form of videos and photographs, these birds of prey tend to adjust their meals to include the water they require.

When faced with extreme situations, adult owls have been recorded drinking water. When in the care of humans, the owlet’s handler must discuss the right way to administer fluids before attempting to do so.

As a creature that depends on its food for its water, owlets that have not been fed recently may be prone to organ failure and usually do not survive.

In these extreme situations, it may be required to re-hydrate the owlet before attempting to feed it and this is a difficult process that should be done under the supervision of medical experts.