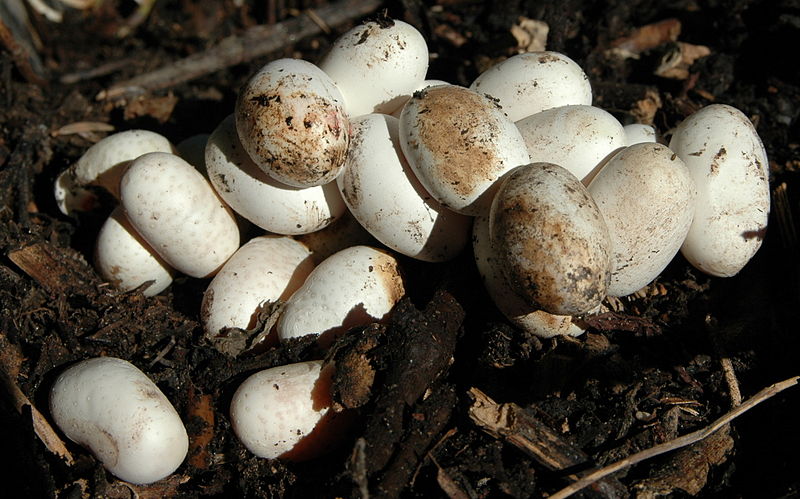 Once, when a child, I was scratching under a log and discovered several elongated objects which I knew were eggs of some kind.  Gathering them carefully, I presented them to a spinster aunt of mine, who exclaimed with horror that they were snake eggs and should be destroyed. Somewhat disappointed at having my discovery condemned, I decided to experiment with the eggs before destroying them. I found to my great pleasure that they bounced when I dropped them on soft ground, instead of breaking. They were not, however, elastic enough to withstand my enthusiasm, and too-vigorous bouncing brought the experiment to a sudden conclusion, to the relief of my aunt.

I was astonished to find inside each egg a miniature but well-formed snake; however, even these helpless embryos were trampled under my aunt’s supervision.

Some snakes, such as rattlesnakes, copperheads, and garter snakes, give birth to living young. In other species, the young are hatched from eggs, which are usually larger in relation to their diameter than are the eggs of chickens and birds. A rather tough elastic shell is characteristic of the eggs of most reptiles.