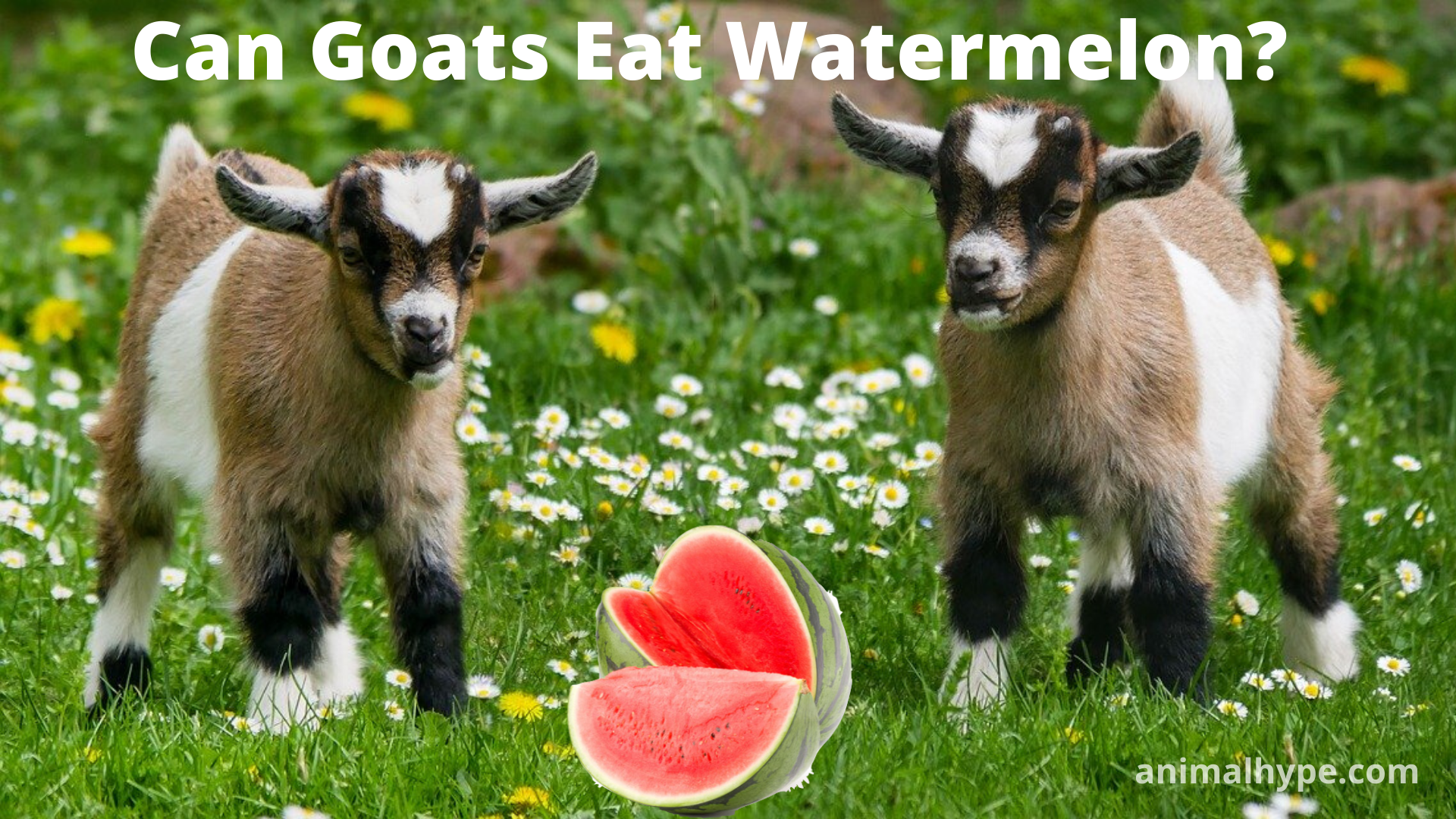 Contrary to what most people believe, goats aren’t animals that can eat anything. You might have seen them eating from the most unexpected places, but that doesn’t mean they can digest whatever they eat. Goats have a very sensitive digestive system that there is a lot of food that they should not consume. So, what about watermelons? In this article, we’ll find out whether or not goats can eat watermelon.

So, can goats eat watermelon? Yes, goats can eat watermelons, and it is safe for them. Apart from being a tasty snack, watermelons also have a high content of vitamins A, B6 and C, lycopene, antioxidants, and amino acids that are vital for the goats. Trust me; watermelons are the best snack for goats!

Now that you know, watermelons are highly beneficial for goats; it is essential to keep in mind that watermelons should only be given as a treat and not as a staple diet.

In this article, we will look at what you should know before feeding watermelons to goats.

Before we discuss the benefits and detriments of watermelons, we must understand the diet of a goat.

Diet of a goat

They are seen to eat the most nutrient-rich part of a plant and leaving behind the rest. In captivity, hay makes up most of their diet. While being rich in nutrients, hay is easily digestible by the goats.

Now that you know the dietary pattern of the goats, we shall look into their digestive system. Goat is a ruminant animal that has a four-chambered stomach. It is inside this stomach specialized bacteria ferment the food that they eat in their gut.

Goats absorb nutrients from the food by breaking it down by fermenting. So, the goats need to eat food that doesn’t harm the bacteria or hinder the fermentation process.

Is watermelon healthy for goats? 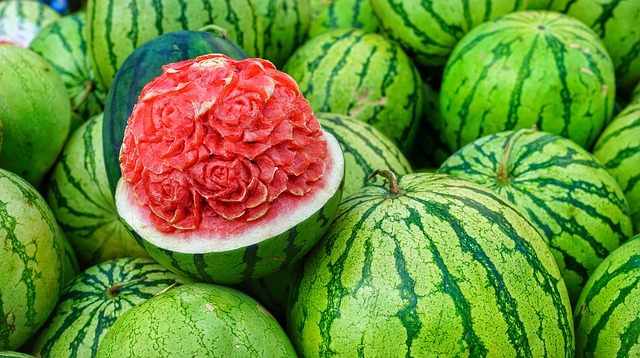 Goats are animals that need a considerable quantity of water on a daily basis. This is why you can see most dairy farms have adequate access to fresh water.

Watermelon is a fruit that has almost 90% of water content, which makes it healthy for goats. Apart from being rich in water content, watermelon is also a healthy fruit considering the nutrients contained in them. As said earlier, watermelons are rich in Vitamin A, Vitamin C, Potassium, fiber, antioxidants, and many more that are vital for the goats.

So yes, watermelons are healthy for goats!

Is it safe to feed watermelons to a goat?

It is safe to feed watermelons to goats, as long as it is fed in limited quantities. Feeding watermelon in excess can cause trouble to their digestive system.

Watermelon, apart from being rich in vital nutrients, has also a high sugar content in them. Sugar accelerates the process of fermentation, which can cause digestive issues such as excessive bloating in goats.

The best way to feed watermelons to goats would be to feed it as an occasional treat or a tasty snack. Watermelons or any such fruit should not comprise more than 10% of their diet. Anything more than that can cause trouble to goats.

Can I feed watermelon as a regular food to goats?

No, you should not feed watermelons as a staple diet to goats. As said earlier, watermelons are yummy, and goats love them. Due to which, if your goats had access to watermelons, they would eat them over hay. But that is not a healthy practice.

Goats are ruminants, and they have a highly sensitive digestive system. They must eat food (such as hay) that can be easily digested. Though watermelons are healthy, feeding it in excess can accelerate fermentation due to the high sugar content, which can cause excessive bloating in goats.

Not just watermelons, no fruits or vegetables should be fed to them in excess or as a staple diet. Other than triggering bloating, excessive sugar in their diet can also cause weight gain, which you need to avoid.

The best way to go about feeding watermelon to goats would be to give them one or two slices with hay. You can give them melons twice or thrice a week, depending upon the age of the goat.

Can goats eat the rind and seeds of watermelon?

The rind of the watermelon tends to be thicker and harder than the watermelon. It would be better if you can chop the rind into small pieces before feeding it to your goats.

Unlike the other animals, goats can’t open their mouth wide, owing to which there are chances of chocking if you were to feed them a big piece of rind.

You also need to make sure that you clean the watermelon rind properly before feeding it to them. This will remove any pesticides or dirt in the rind, which can cause digestive disorders in goats.

So yeah, rind and seeds of watermelon are safe for goats as long as it is fed in limited quantities.

Can I feed watermelon to baby goats?

No, you shouldn’t feed watermelons to baby goats until their mother weans them. The baby goat needs to survive only on their mother’s milk until they are weaned for proper growth and immunity.

Goats wean when they are between 15 to 29 days old. You should wait until they are 30 days old before feeding them watermelons or their regular food, i.e., hay.

It is also important to note that the bacteria in the guts of baby goats need some time before they can handle the food in nature. So by waiting until they are weaned, you are giving the baby goat adequate time to accustom itself with the new food habits.

Can I give watermelon flavored food to goats?

Well, that entirely depends on the food that you are planning to feed them. In general, you shouldn’t feed any processed food to your goats, especially the ones humans eat.

Though there are may flavored food items in the market for goats, they don’t hold any nutritional value.

Processed and flavored foot items can cause digestive disorders in goats. So, you should refrain from feeding such food to your goats.