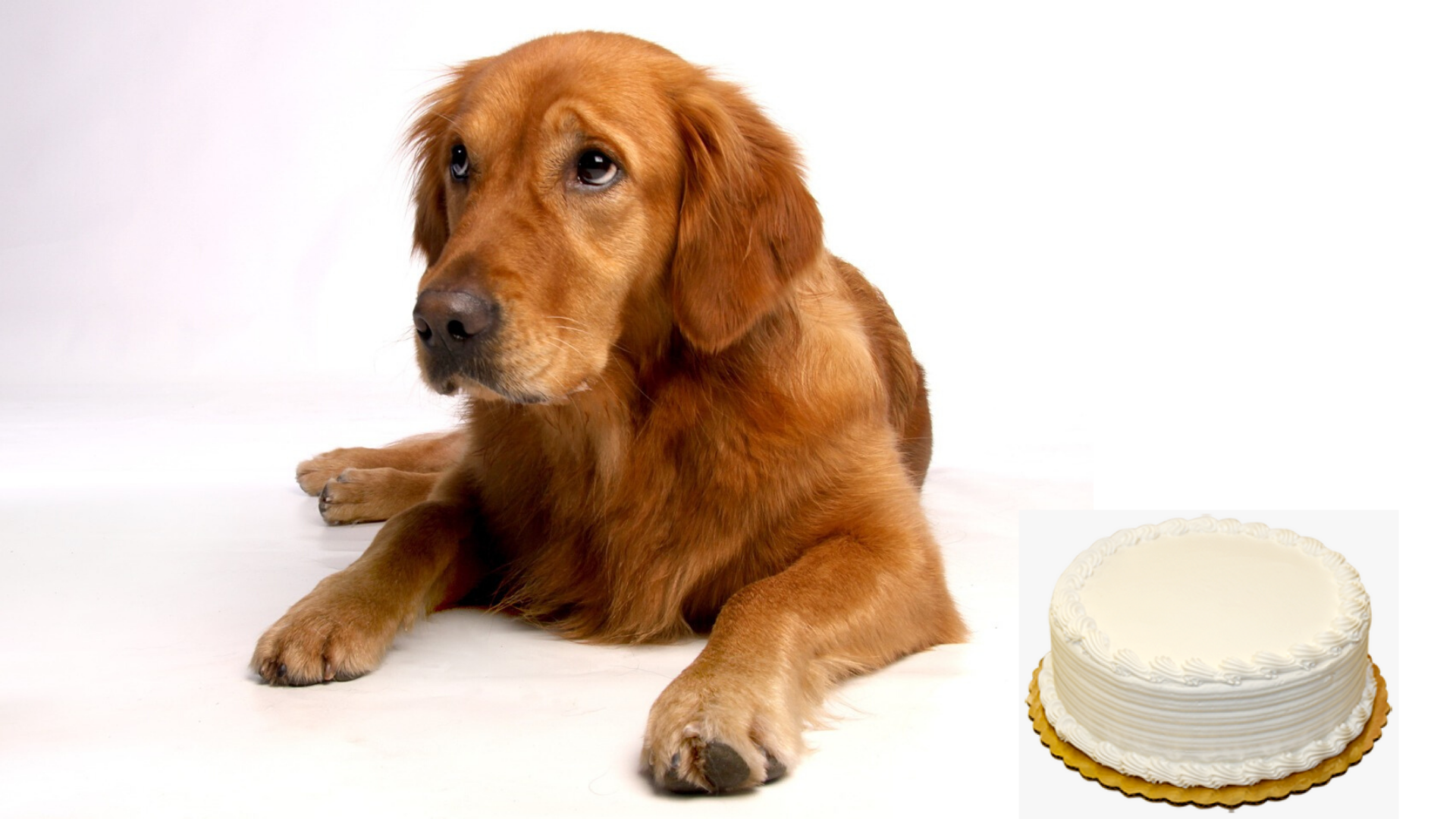 Cakes are treats, dogs cannot resist irrespective of its flavor and dogs don’t really care whether they can digest the cake or not, they can’t simply resist the urge. They would gulp anything they can get their mouths on!

When it comes to giving cakes as treats to a dog, most dog parents know that chocolate is toxic for a dog which means the chocolate cake is out of the equation.

But what about vanillas & vanilla cakes? They have to be safe for dogs right? Have we heard anything about the impact of vanillas on the health of dogs?

Can dogs eat vanilla cake? No, you shouldn’t feed vanilla cake to dogs.  Vanilla extract or the imitation vanilla which is used to bake cakes contains a high concentration of alcohol in them. Unlike our digestive system that can break down the alcohol, a dog’s digestive system cannot. Owing to which your dog may be at risk of alcohol poisoning.

Another important thing to keep in mind is that not just vanilla cakes, cakes, in general, pose a serious threat to the health of your canine friend owing to the high sugar content in them. Excessive sugar in a dog’s diet can lead to obesity which over time may pave the way to heart diseases, diabetes, arthritis, and many more.

In this article, we will have an in-depth look at the health impact of feeding vanilla cakes to dogs! 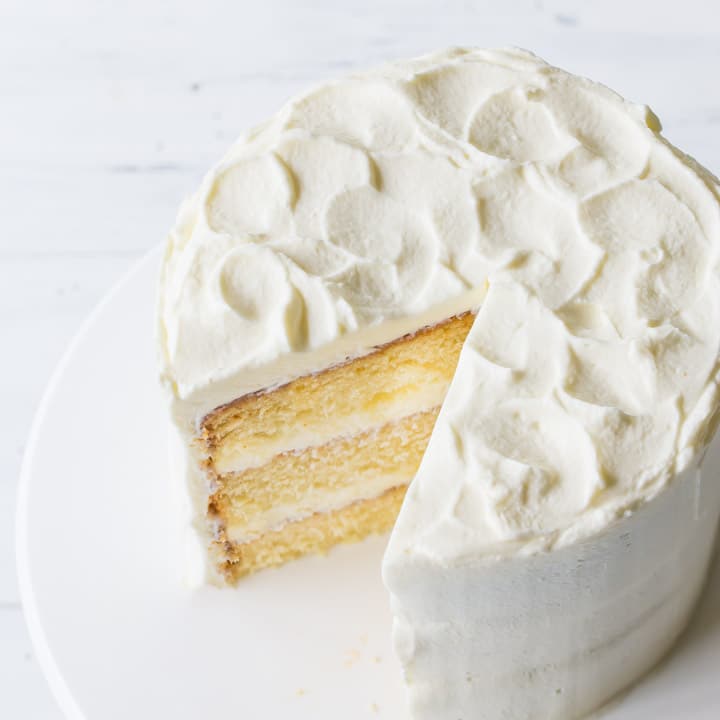 Is Vanilla safe for dogs to eat?

No, it is not safe for dogs to consume vanilla. Though vanilla is safe for consumption by humans, it is toxic for dogs. Which reiterates the fact that just because something is safe for human consumption doesn’t mean it can be safely fed to your canine friend too.

It is indeed interesting to note that most pet parents find it hard to believe that vanilla is as toxic or even more toxic than chocolates when it comes to dogs. This is why most pet parents don’t think twice before feeding the vanilla cakes or vanilla-flavored food items to their canine friends.

If you didn’t know, vanilla is toxic for consumption by a dog. Though vanilla as such is not toxic, the alcohol content in it is the culprit. Unlike our digestive system that can easily breakdown the alcohol whereas a dog cannot.

This can cause alcohol poisoning in them. Before you bake a vanilla cake for your dog’s birthday party you need to understand that the vanilla essence or the syrup that is used in baking the cake is toxic too.

In short, it is best that you avoid feeding your canine friend the food that is made out of vanilla or its essence.

As said earlier, your dog doesn’t care what flavor of cake have you baked or whether he should be eating the cake.

In fact, not just cakes any food that is kept before them is too tempting for them especially if it’s sweet. When it comes to vanilla cakes, though you may argue that the alcohol content in the vanilla would have evaporated during the process of baking, it would still be toxic to your dog.

Before we proceed further, it is important that you understand the fact that while baking a vanilla cake we use a vanilla extract and not the pure vanilla beans.

Because the alcohol-water mixture is the most efficient way to produce a vanilla extract it contains around 35% of alcohol. Similarly, even the non-alcoholic imitation vanilla extracts that are available in the market has a small percentage of alcohol in them.

It is for these reasons; it is advised not to feed vanilla cakes to dogs.

What are the symptoms of alcohol poisoning in dogs?

Though there is a high risk of alcohol poisoning from vanilla cakes, you don’t have to worry if your dog gets a lick from the cake or even if he gets a small bite. As said in the previous sections dogs can’t resist the yummy cake and it is bound to happen at some point or the other.

That being said, say you took the cake out of the fridge and kept in on the table and went out of the kitchen for a few seconds.

That’s all the time your dog needs to finish the yummy treat that’s left open in front of him. Then you need to look out for the following signs to known whether your dog has alcohol poisoning or not.

If your dog shows any one of these symptoms, rush him/her to a hospital at the earliest because if left unattended, it can even lead to respiratory failure!

Are there any other reasons for why I shouldn’t be feeding vanilla cakes to dogs?

Yes, apart from the risk of alcohol poisoning, there are other risks involved in feeding vanilla cakes to dogs. Not just the vanilla cake, irrespective of its flavor cakes, in general, are rich in sugar which poses serious threats to your dogs.

Excess of sweet in their diet can lead to diabetes, weight gain & obesity which can eventually lead to heart diseases & arthritis.

Apart from that, most dogs are lactose intolerant. Which means they cannot digest milk or other dairy products that constitute the major portion of a cake’s ingredient. Dogs are going to have a hard time breaking down the dairy products and it can lead to violent vomiting and diarrhea.

If not vanilla cakes, can I feed them vanilla ice-creams?

As said in the earlier sections, it is not the vanilla in the cake or ice-creams that’s toxic for your dog. Rather it is the alcohol contained in the vanilla essence which is used in baking cakes and making ice-creams.

Similar to vanilla cakes, you shouldn’t feed them vanilla ice-creams either. In fact, it is best to refrain yourselves from feeding your dog anything that is sweet and made from milk & other dairy products.

Unlike the vanilla cake where the risk involved is alcohol poisoning, vanilla ice-creams and ice-creams, in general, can cause lactose intolerance which can lead to violent vomiting and diarrhea.

Other than this, the major threat involved is the high sugar content in ice-creams that can result in weight gain & obesity which can eventually lead to heart attack & arthritis.

Unlike a vanilla cake, the ingredients used in a sponge cake viz; flour, eggs, salt, sugar, and butter are not toxic to a dog. But the dairy products that go into the making of this cake can trigger lactose intolerance too.

But among all the other reasons, the most prominent one is the high sugar content in these cakes!

To sum up, as a responsible pet parent you should avoid feeding your dog’s not just the vanilla cakes but anything that’s rich in sugar.

You should also refrain yourselves from feeding your dogs any food items that have been made out of vanilla, chocolate, dairy products & anything that is sweet.

Also, if your dog gets hold of a vanilla cake or anything that’s sweet & eats them in excess make sure that you look for any abnormalities in the dog’s behavior. Rush to a vet if you do find any abnormalities.

Ideally, you shouldn’t introduce any food into your dog’s diet without consulting with a vet!