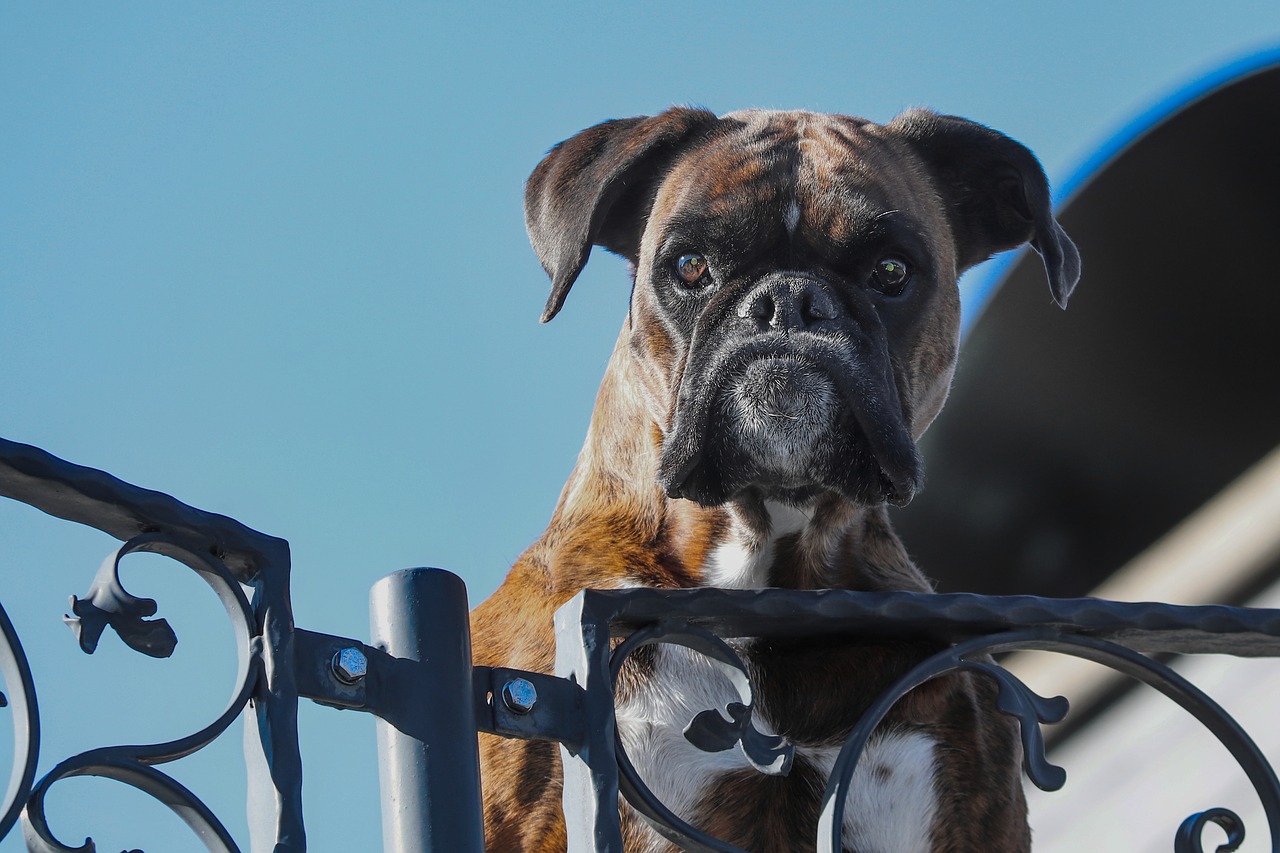 Boxers are descendants of the Bullenbeisser breeds and were primarily used as bull-baiting dogs & as helpers for butchers in erstwhile Germany. They are in fact a working-class of dogs, which their muscular physique speaks for.

It wasn’t until the end of the World war-1 boxers were imported to the USA and were introduced as pet animals and they began to be adored. It is interesting to note that Boxers were the first breed to be inducted into the police force as seeing-eye dogs in the USA.

So, are boxers good guard dogs? Yes, owing to the above-mentioned reasons Boxers have earned the reputation of being intelligent guard & companion dogs when compared to other breeds. Apart from being good guard dogs, boxers can also be loyal family pets, especially if you have kids at home. Contrary to their intimidating looks they can be the most loyal and attention-seeking dogs you can ever imagine.

That being said, if you are planning to bring a Boxer home, there are some things you need to know. For instance, boxers need consistent leadership because of their legacy of being a working-class of dogs & hunter dogs. You should always have an upper hand with them. And boxers can be quite stubborn & sensitive and behave like kids.

In this article, we have compiled a list of information you should know before bringing a boxer home. We have also answered some of the most commonly asked questions regarding boxers.

What is the personality of a Boxer?

Don’t be deceived by their muscular body or intimidating looks. Boxers are fun-loving pets who like to be around people like any other breed of dogs. In fact, they are most commonly known for their high energy levels and their need to stay busy. If you have owned a boxer before or known someone who owns one, you might have seen how they romp & jump when around people.

Owing to these reasons boxers need regular exercise depending upon their energy levels. For instance, those with high energy levels need vigorous exercise whereas a long walk would suffice for the comparatively relaxed ones. Lack of exercise can cause boxers to end up being destructive especially when left alone.

Boxers can be quite stubborn, sensitive & proud because of their heritage of being a working-class of dogs. This is why as a dog parent you need to be the boss capable of handling them persuasively. Similarly, boxers love to be around people like any other doggies. They don’t like to be locked outside for longer periods away from their family.

Boxers are known for their accurate hearing and they always remain alert to suspicious activity. Boxers love kids, they can be quite protective of them too. If you have a kid at home, boxers can be the best choice to have around your kid.

Boxers rarely get aggressive or dominant against other pet dogs or cats even if they do, they might just be playing around. That being said, they can be quite territorial which makes them good guard dogs. This means boxers will bark and even guard their territory when they see anything suspicious.

At a first look, boxers may look aggressive owing to their muscular body and imposing looks. But in reality, they are just big playful puppies with a lot of energy. Contrary to their intimidating looks, boxers can be loving and fun pets to have around especially if you have kids in your home.

One important thing to keep in mind before we proceed further is that irrespective of its breed or size every dog can be aggressive. So can boxers be too at times but that doesn’t make them any more aggressive than the other breeds. That being said, boxers are generally mild-tempered, loving, and affectionate dogs who tend to be very loyal and attached to their caregivers.

Owing to these reasons a boxer may jump in at any occasion to defend its caregivers from a threat be it from an animal or a human. This makes it important that boxers get proper training in their childhood else your boxer may end up perceiving everything as a threat to you.

But yes, boxers can get quite aggressive at times especially when they haven’t had sufficient playtime lately when they see other dogs while you take them out on a walk or when they encounter strangers. Then there are some boxers who are aggressive by birth owing to genetic reasons.

Are boxers difficult to train?

Among the many myths that are circling a boxer, the prominent one is that it isn’t easy to train a boxer. Though training a boxer isn’t as easy as training a Labrador or other breeds, boxers aren’t a difficult breed to train. When it comes to a boxer, it takes them years to be fully matured and until that age, they can be playful dogs.

But that doesn’t make them any less intelligent. As mentioned in the previous sections boxers are the first breed of dogs that were inducted to the police force in the USA.

Even now boxers are an integral part of many militaries & police forces across the globe. Had boxers been difficult dogs to train, do you think they would have been a part of these forces?

Boxers were bred as a working-class of dogs and are hence extremely intelligent. If trained properly they can be the best companion and guard dogs especially in the case of blinds. All you need to do is to show some patience when you train them. Always remember the following while you train a boxer.

Among the things to train your boxer as a pup the most important one is to avoid going outdoors. Boxers are indoor dogs and they should be taught to avoid sneaking out of the house when you aren’t there.

Will boxers protect their owners?

Yes, boxers are loving family dogs that are loyal to their caregivers. Boxers are in fact territorial dogs that can quickly jump into a scene when they sense their owners being threatened.

As mentioned in the previous sections boxers were used as working class of dogs and as hunters. What more traits can you expect from a guard dog?

Their protectiveness can especially be seen in homes where there are kids. Boxers are fond of kids that they can go to any extent to protect them.

Is it safe to have boxers around kids?

It a commonly heard myth that it isn’t safe to have boxers around when there are kids at home. But trust me when I say, this is just another hoax. In fact, if you ask anyone who has had a boxer you would know how gentle and protective boxers can really be.

Despite having a legacy of being hunting dogs, boxers are known for their playful temperament that makes it an ideal family dog.

The reason why most people are afraid to get boxers is because of their high energy. Owing to higher levels of energy, boxers tend to jump when they are excited which people believe are dangerous when around kids. But boxers being intelligent are careful enough not to cause any harm to their caregivers or babies even by accident.

Can boxers be left alone?

No, boxers aren’t the breed of dogs you would want to leave alone. They are loyal pets who need to spend time with their family. If left unattended for hours, boxers can develop separation anxiety which eventually causes unwelcoming behaviors such as excessive barking & digging.

If you leave your boxer alone for some hours inside your home, they can be quite destructive too. Before you bring a boxer home, you need to be sure about how much time you can spend with him/her.

To sum up, boxers can be the most intelligent and capable guard dog that you might be searching for. Apart from that, you also need to understand that contrary to their looks, they are gentle and attention-seeking press.

A boxer can chase an armed burglar away to save his family and at the same time probably lead the thief to the locker room for a pat on his head. It all depends on how the boxer has been trained.

If you are planning to get a boxer only as a guard dog, we would suggest you go ahead with other breeds such as a Rottweiler, Doberman or even a Bullmastiff.