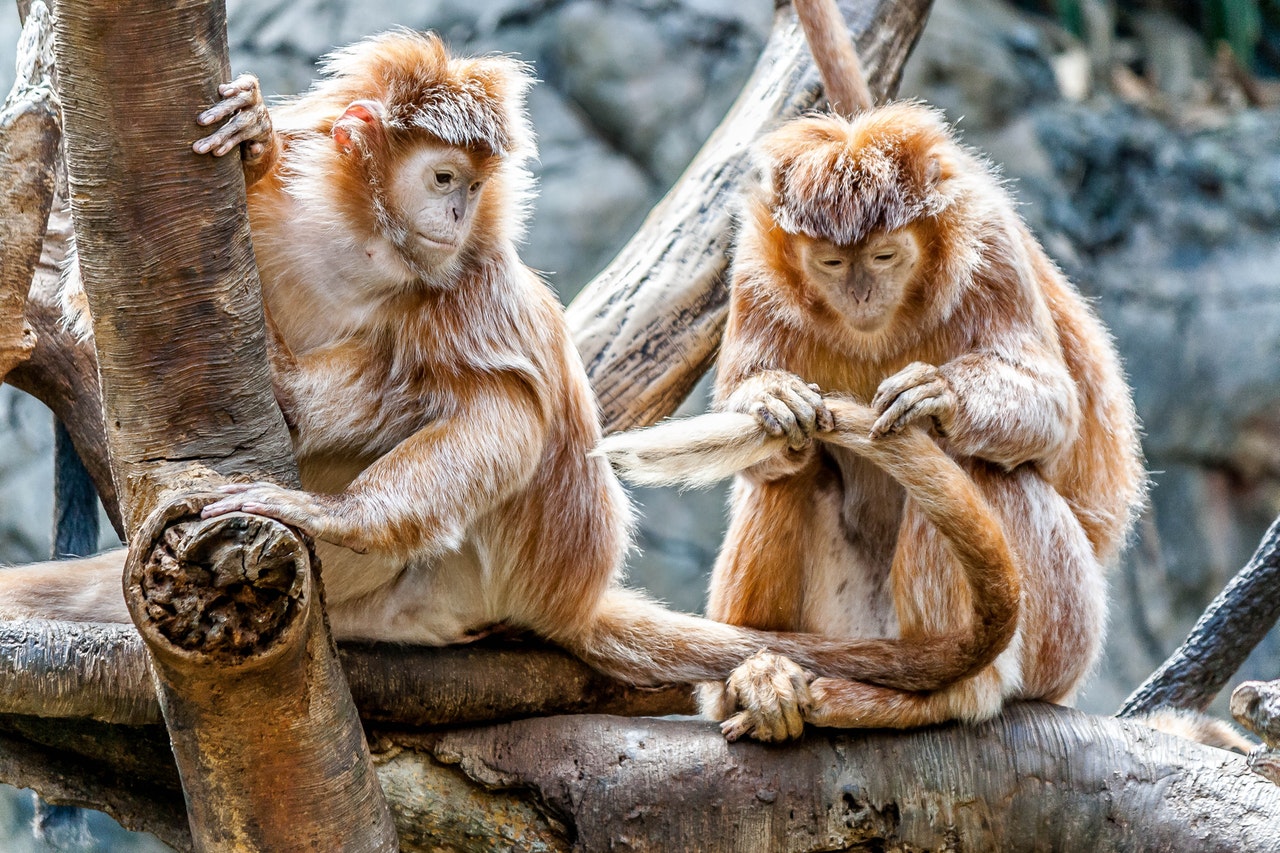 Anyone who has watched monkeys in a zoological park has observed the Industry with which they search through their own or another monkey’s hair.The search seems usually to be rewarded, since frequently the hunter triumphantly pops something into his mouth.

The general supposition is that they are hunting for parasites, and there Is probably some truth in the idea. However, it is thought likely that the parasites are not their only objective. Properly cared-for monkeys quickly lose the parasites they have when they are first captured, yet they search through their hair or the hair of their neighbours just as carefully and with as much apparent success as do monkeys that are still infested.

Most biologists believe that captive monkeys are looking for pieces of dried skin and particles of salt exuded by the skin, although they agree that the busy little animals are not averse to any lice they may find.