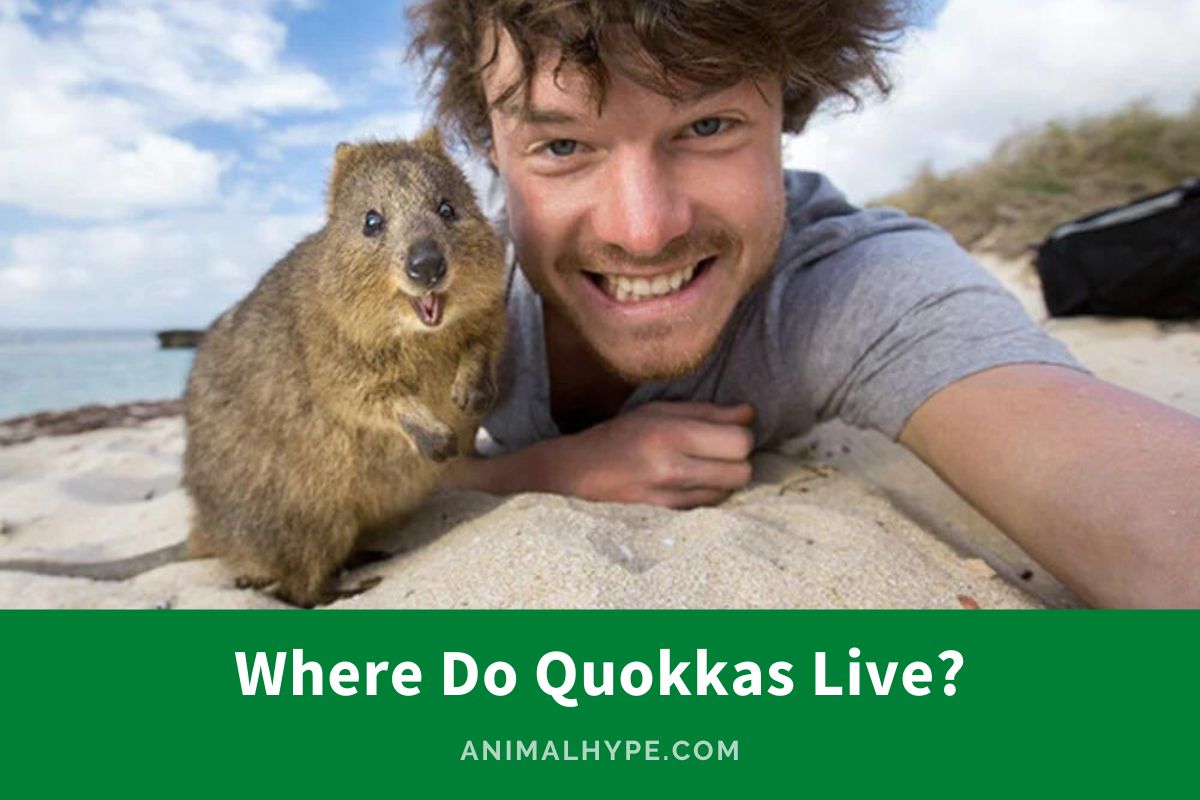 Recently Quokkas have taken over social media with their cute little faces. Many people say that these are the happiest creatures on the entire earth. I was also very curious to know where do these creatures live so, I decided to do some research, and here is what I found.

So, where do Quokkas live? Quokkas that live on islands located on the western coast of Australia. Rottnest Island, in particular, has the largest number of Quokkas. Rottnest Island was discovered by Willem de Vlamingh, a Dutch explorer in 1696. He wrongly thought Quokkas to be large rats hence, he named the Island Rottnest (derived from Rottenest/Ratnest).

Quokka is a marsupial endemic to Australia which can be as big as a cat. They are also known as short-tailed scrub wallabies. A fully grown male quokka weighs around 4.5 Kgs and a female weighs around 3.5 Kgs

Quokkas primarily live in swampy territories that receive at least a 1000 mm of rainfall every year. Because of the particular geographical location of their habitat, global warming is threatening their population. Also, cats, foxes, and wild pigs in the area are also a great danger to their population.

Rottnest Island, however, has proved to be a stronghold for quokkas which has around 14,000 quokkas living there. It is majorly due to the reason that there are no foxes or cats on the Island. Quokkas generally live in colonies which can consist of 150 members. The number of members in quokka’s family generally varies from 50 to 150.

Quokkas attract a lot of tourists to Rottnest Island

Quokkas are actually one of the few species in which social media tourism has helped them increase their numbers. In 2012 and 2013, selfies with quokkas became famous which brought a lot of tourists to the west coast of Australia just to meet these adorable creatures.

Since then, Rottnest Island went through rapid development and influx of humans but it actually turned out to be favorable for quokkas. Since quokkas are docile and social creatures who love to be around with humans, their population has risen up drastically.

Advice for tourists traveling to Australia to meet quokkas

Do not feed the quokkas

If you do visit Rottnest Island, please do not feed the quokkas. Human food is known to give them an adorably named infection known as “Lumpy Jaw”. Quokkas have become more and more accustomed to human presence hence, they’ve started begging for food from local people.

This would turn out to be a bad signal for the future generation of quokkas who would forget to find food on their own.

Do not touch a quokka

Even though quokkas are very docile and harmless, you should be very careful of their razor-sharp teeth as they can bite very hard when irritated. There have been a few incidents where tourists get bitten by a quokka. There is actually a 300$ fine for touching one.

You can’t have quokka as pet

Quokkas are endangered animals so, even though they are friendly Australian law doesn’t allow you to own a quokka. So, if you were planning to keep quokka as a pet, please drop this idea.

Even though quokkas are actually super friendly creatures, male quokkas do fight among themselves sometimes over female. A typical male behavior you can say. It is generally over the female quokka and the winner mates with the female.

If female quokka is impressed she starts grooming the male quokka’s hair which is basically an invitation for mating but if not impressed, she runs away.

Male quokkas also fight with other males over hiding spots. But these kinds of fights are rarely seen. With humans around, quokkas are very friendly and highly social. They are ready to take a selfie with you anytime you want.