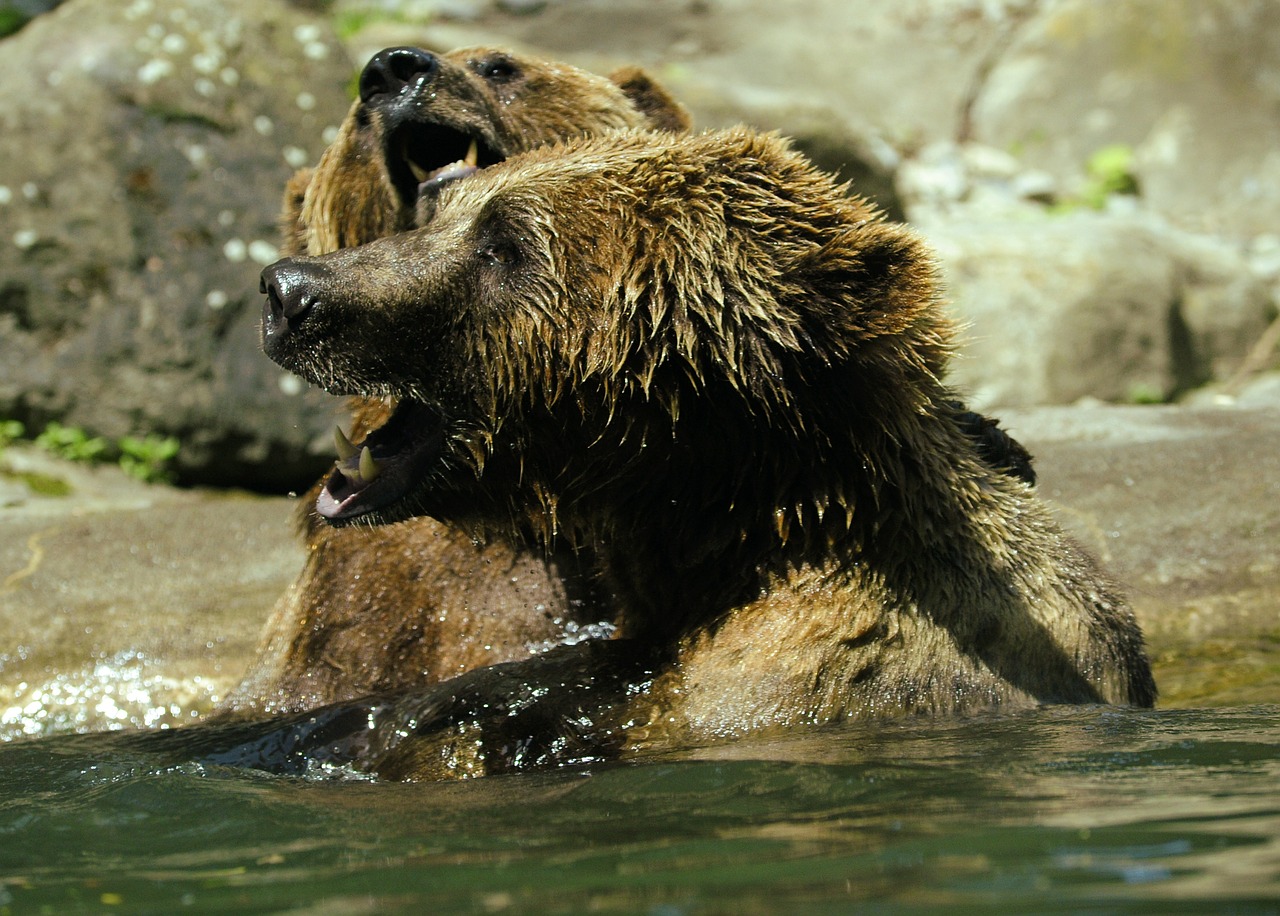 It is commonly thought that bears, especially the Grizzlies, need no excuse to attack a human being. There have, it is true, been a few instances of grizzly and polar bears attacking people without provocation, but such cases are rare.

All species of bears normally avoid the man and, unless they are wounded or cornered, will retreat if given a chance. An angry or wounded bear, however, is one of the most dangerous antagonists on earth, and it may attack without hesitation.

According to a popular story, the bear first seizes its victim and squeezes him to death with the famous “bear hug,” and then devours him. However, there is no evidence to back up the story at all. A bear kills with its front paws-with which it can strike one of the most lethal blows in the animal kingdom-sometimes aided by claws and teeth.

In as much as a bear has been known to break the neck of a huge bison bull with a single blow, it is apparent that it would be ridiculous for it to try to kill any animal or human being by squeezing it to death. Grizzly bears seldom eat human beings whom they have killed, although they will eat anything else, from insects to putrid flesh.