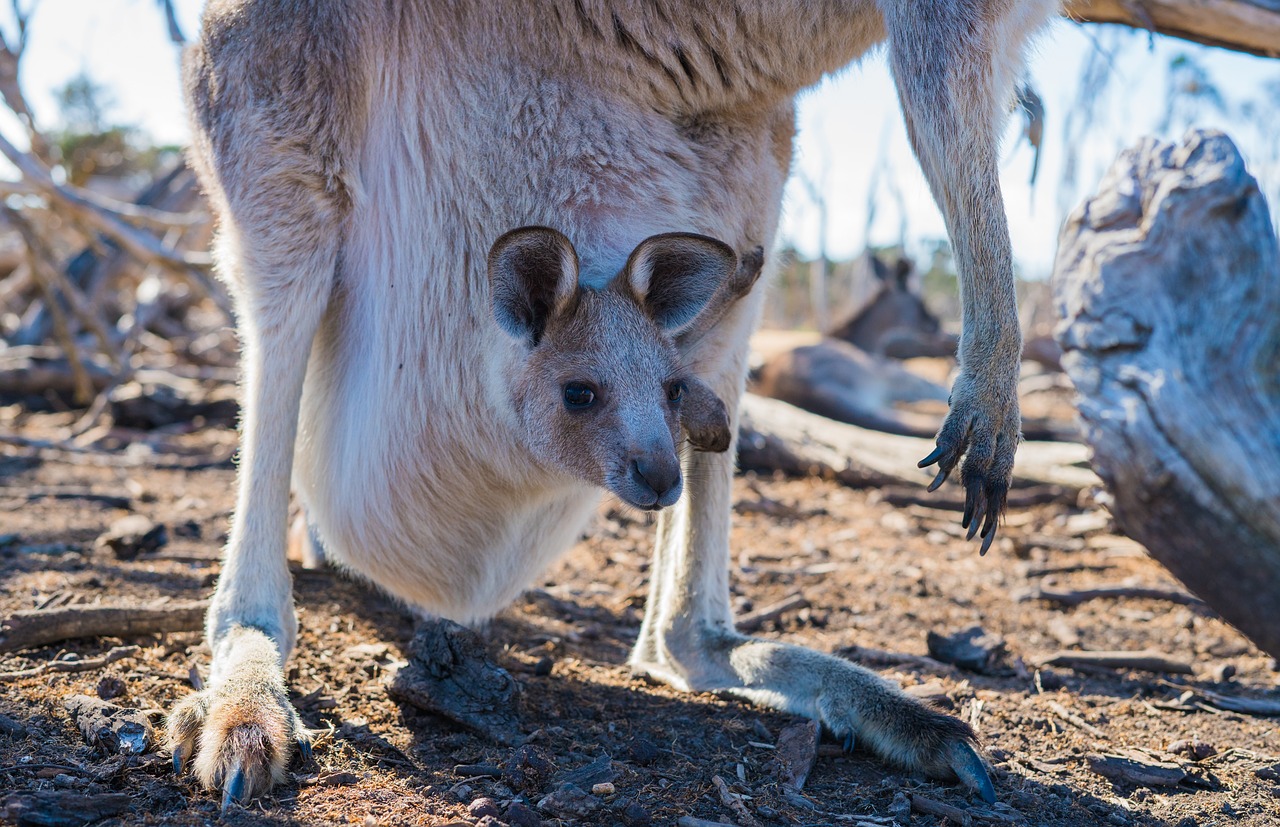 The pouched mammals include the familiar kangaroos and opossums besides several other animals not well known to the average person, such as the Tasmanian devil, the bandicoot, the marsupial wolf, and the phalanger. The females have a pouch under the surface of the body called the marsupium-hence the group name, marsupial.

One of the most interesting features of marsupials is that the young are born in an extremely undeveloped condition. Consequently, they must have a safe place where they can develop further until they are able to fend for themselves. This additional growth takes place within the pouch which contains the teats or mammary glands.

Living marsupials are found today primarily in Australia and adjacent areas, although a few are found in South America and one of the well-known opossum in the United States.

In former times marsupials probably had an almost worldwide distribution, but they were apparently killed off over large areas by other more efficient mammals. It is thought that they have been able to survive in Australia only because they are the only large mammals native to this country.

The marsupials probably migrated to Australia at a time when the continent was connected with other land areas by a land bridge, which apparently disappeared before other mammals found their way across.