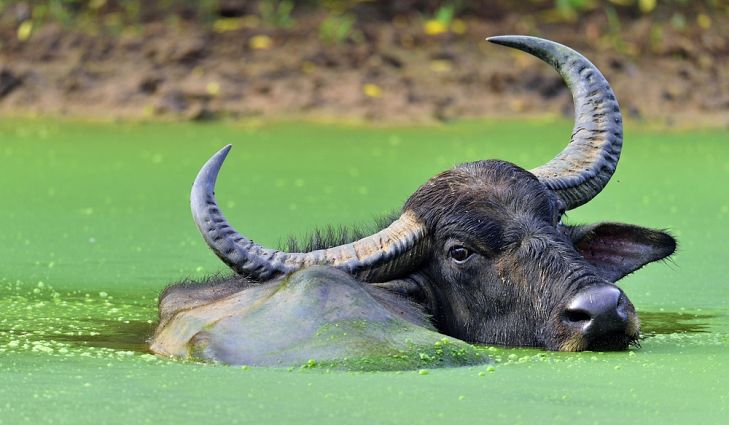 The Indian buffalo, with a record length of approximately six and a half feet for a single horn, has produced the longest horn of any living animal. Some of the wild sheep, relatively small animals, have horns almost as long, the record length of a single one being six feet three inches.

Figures on horn spread are scarce for many species, although some horns are rated almost entirely on the basis of spread rather than length. Two species appear to be outstanding as far as present data on living animals are concerned. These are the Indian buffalo and the long-horn steer. Possibly the longhorn should not be considered, since only the steer, a result of man’s “tampering with nature,” produces outstanding horns.

A spread of over nine feet is on record for the Indian buffalo and, although I have not seen a positively established measurement of nine feet for the longhorn steer, several such sets have been reported, and it is believed that one or more of these reports is correct.

The antlers of moose and other deer establish a different kind of record. A pair of moose antlers may weigh as much as eighty-five pounds; they are believed to be heavier and to contain more material than the horns of any other living animal.