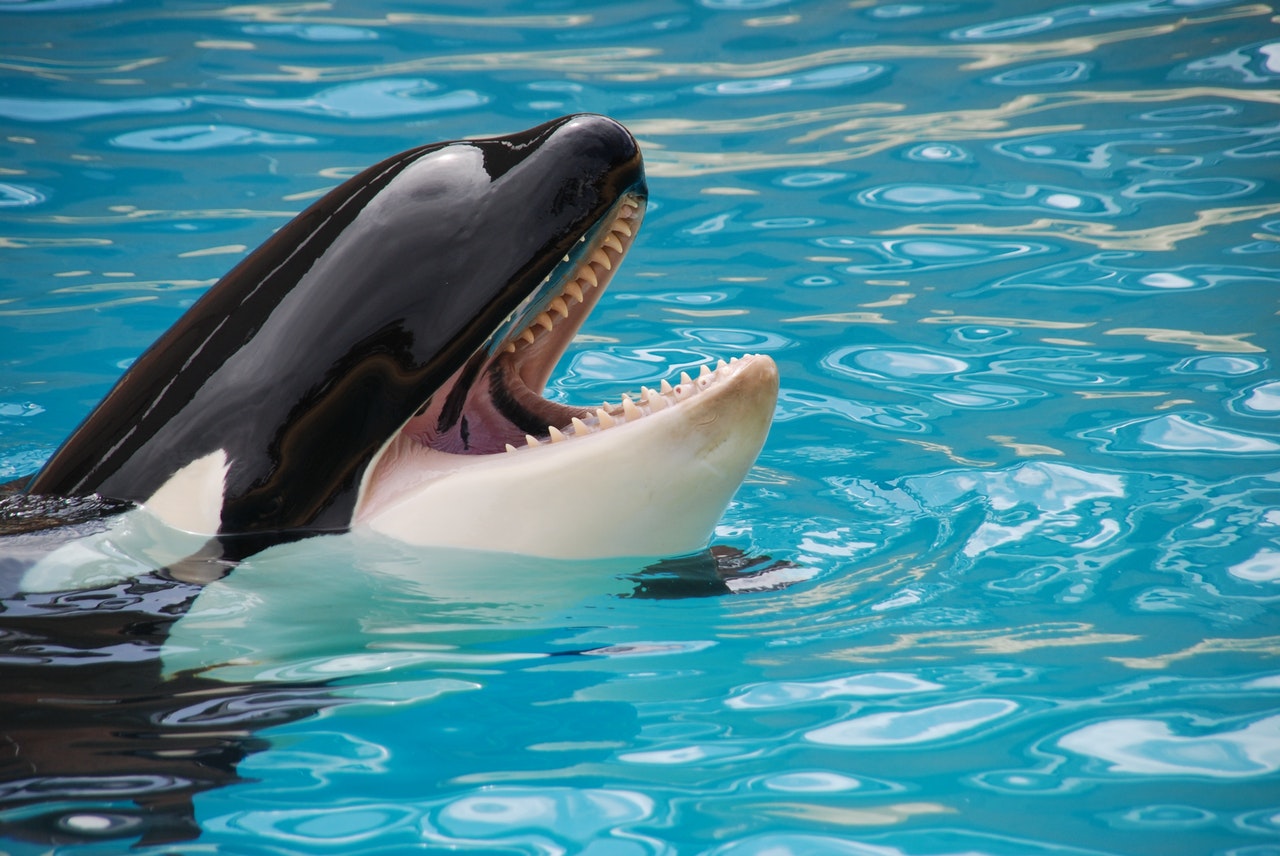 If I have to take one name then I would definitely say, Killer Whales. Killer whales (toothed whales) are the most dangerous and ferocious animals in the sea. Killer whales fully deserve their name and are aptly described as the wolves of the sea. They can pretty much kill any aquatic creature including larger whales.

Many people who have studied them consider them the most ferocious animals in the ocean. They prey upon seals, porpoises, fish and similar creatures, and their appetites are enormous, although their maximum size is about 30 feet, which is not large, as whales go. The stomach of one, variously reported to be from 16 to 21 feet long, was found to contain 13 seals and 14 porpoises!

One might think that the size of the larger whales would make them immune to attack from any animal, but a pack of killer whales does not hesitate to challenge any whale that crosses their path. Peculiarly enough, they seem to prefer the tongues of these enormous whales.

A few more rushes and the tongue was torn out, leaving the hapless whale floating dying hulk. Roy Chapman Andrew saw killer whales attacking a group of California gray whales, a species that attains a length of 50 feet.

He later had a chance to examine 35 of these gray whales and found that of this number, 7 had contributed their tongues to the insatiable appetites of the killers.

Killer whales will attack anything in the water, including human beings, and although I have not noted any instances of their having killed a man it very probably has happened.

Herbert F. Pointing, on an Antarctic expedition, had an unenviable experience with a herd of eight of these monsters. He was standing on an ice floe photographing them when the whole group dived under him. The block of ice heaved suddenly, broke into several parts, and the heads of the killer whales appeared between the broken pieces.

The whales then attacked, trying to dislodge him as he made his way frantically from piece to piece of floating ice. Just as he jumped to the solid ground, the head of one of the whales rose out of the water and hung with wide-open jaws over the spot he had just left.

The other seven, one after the other, broke the surface, but after seeing that the man was rapidly putting a safe distance between himself and the water they quit the spot for more fertile fields.

Killer whales belong to the so-called toothed whales, a group that includes the sperm whale or cachalot, the narwhale and several types of dolphins and porpoises. They are rather easily distinguished from most of their relatives by a large triangular top fin, and their bodies are conspicuously colored with black and white markings.

The toothless whales have no true teeth, but they have instead a number of sheets of whalebone or baleen attached to the upper jaw. The sulfur-bottom or blue whale, the right whale, the California gray whale, the humpbacked whale, and the finback are all toothless or whalebone whales.