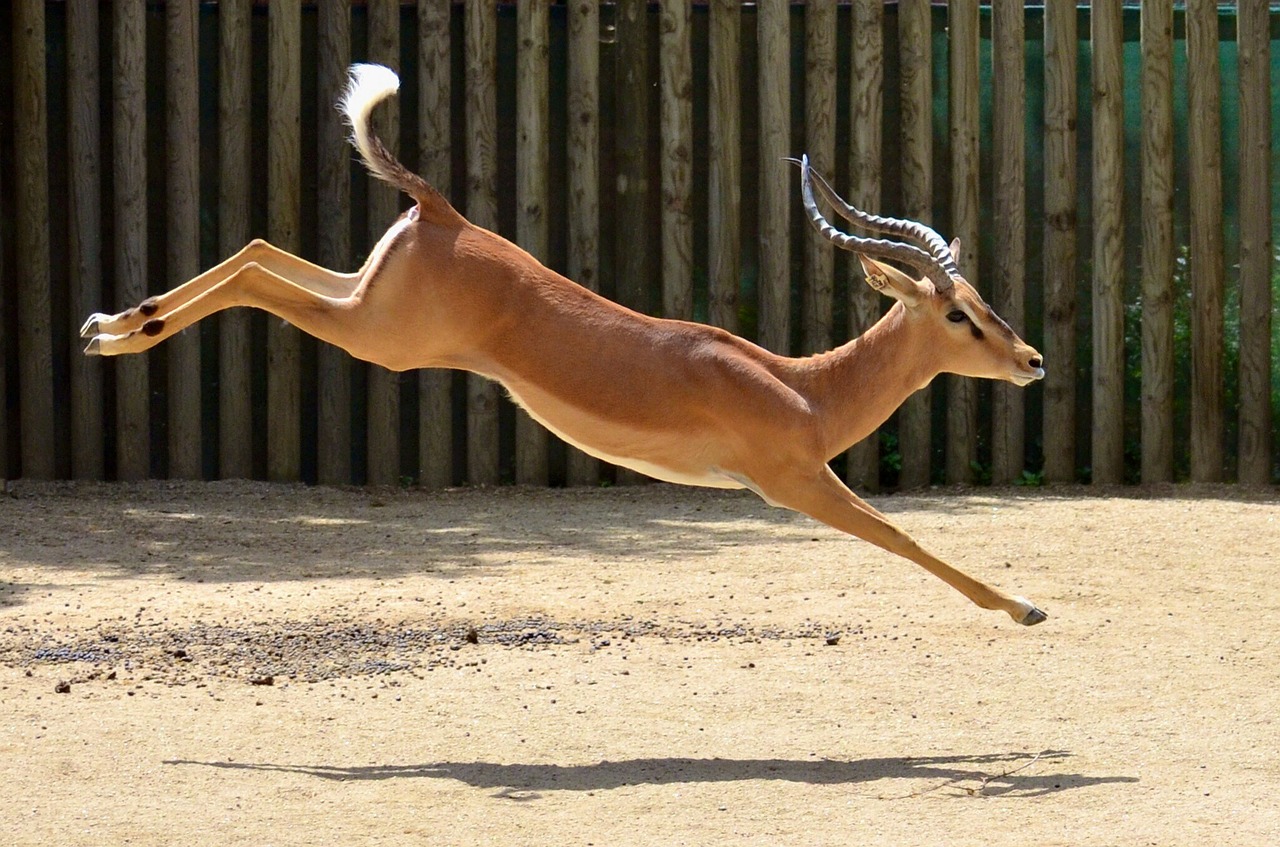 Obtaining accurate records for the jumping ability of most animals is quite difficult, since, aside: from man, few animals vie with each other in this type of physical labor for the mere pleasure of winning.

The figures are given in the following table: do not necessarily represent the maximum possible jump for the species concerned, but rather the approximate distances which one or more of the species have been known to jump, either by actual measurement or by estimates of competent observers. It is unfortunate that records of this type are so incomplete.

Some mammals not included in the table and on which I have not seen any data are probably excellent jumpers. The well-trained hunting horse is said to jump between 33 and 37 feet when it has to clear a fence or ditch, but I have not confirmed these figures to my entire satisfaction.

The possible 25-foot vertical jump of the klipspringer is the figure in the table most deserving of consideration. A female and a youngster about two-thirds grown were seen to attain the top of a rocky pedestal the sides of which sloped outward from the bottom to the top.

The only possible way that the animals could have gained access to the top was from the ground, 25 feet below. The observers were so located that they could see the animals as they landed on top, but they could not see the complete jump.

Klipspringers are well known for their ability to scramble up almost perpendicular cliffs, using very small projections as footholds. In this case, an unnoticed intermediate foothold may have been used.  At any rate, I would put my money on the klipspringer against all comers in a high-jumping contest.

It is needless to point out that the world record jumps for man are considerably in excess of those that could he made by the average person. Even many trained athletes would have difficulty in approaching these figures, while the floundering efforts of untrained human beings can well be imagined.