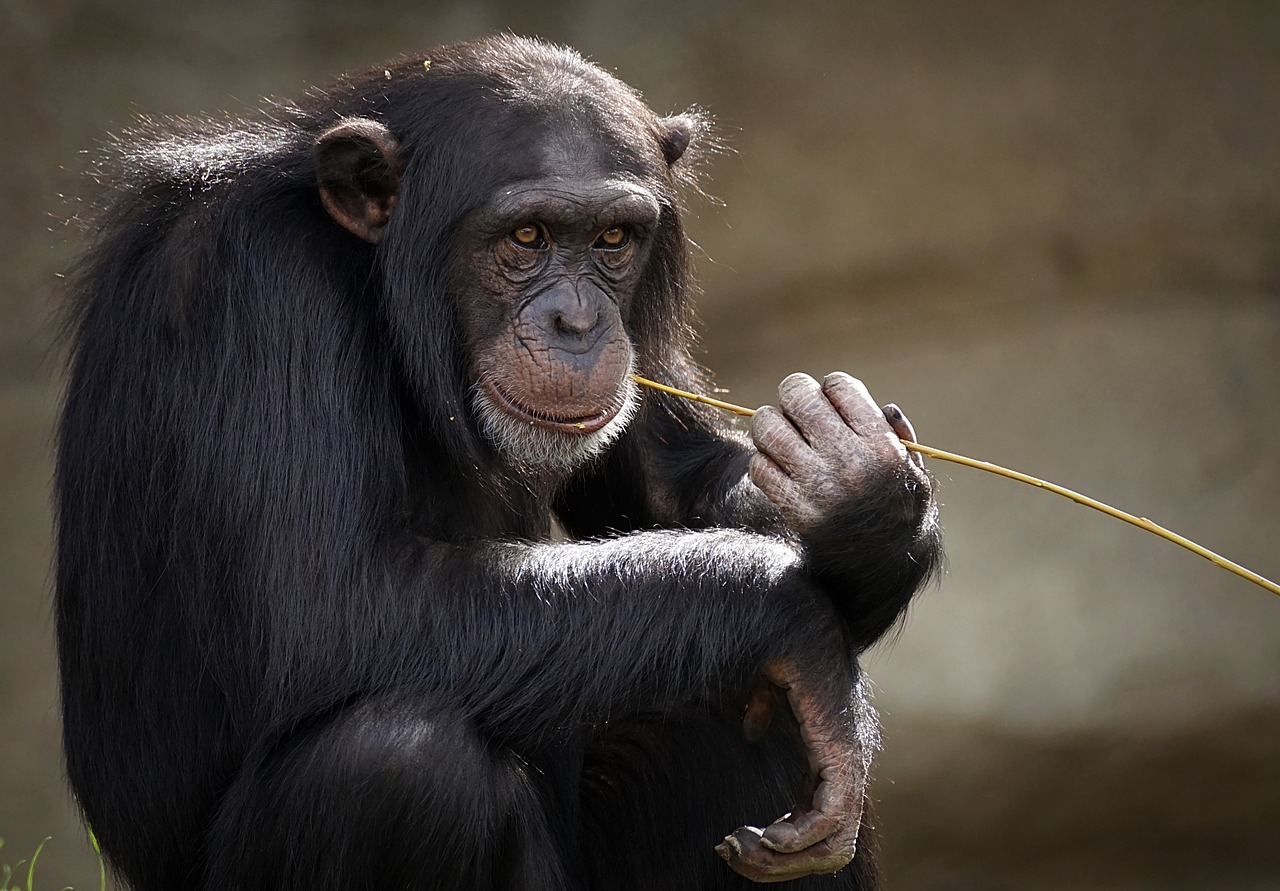 If we are to believe some fiction writers, there is a kind of manlike ape in Africa of the same general type as the chimpanzee, except that it is larger and considerably more intelligent. It is not a gorilla, for the gorilla sometimes appears in the stories as the villain.

These fabulous apes are supposed to feed chiefly upon meat, and when a large animal is killed they hold a tribal dance. The females squat about in a circle and beat upon improvised drums, while the males dance themselves into a frenzy before they dismember and devour their prey. The males or bulls also amuse themselves by fighting, beating their chests with their fists and roaring challenges to the moon.

Of course, no such humanoid ape exists. There are only three types of apes to which the term manlike can be sensibly applied-the gorilla, the chimpanzee, and the orangutan. The gibbon is classified with these others, but it is smaller and not so well known to the average person.

All these apes are primarily vegetarians rather than meat eaters, although most of them are not averse to eggs, grubs or even small mammals and birds. None of them kill large animals for food, so far as is known, and although they are sometimes found in family groups, there is no evidence that any of them ever hold tribal or ceremonial dances.