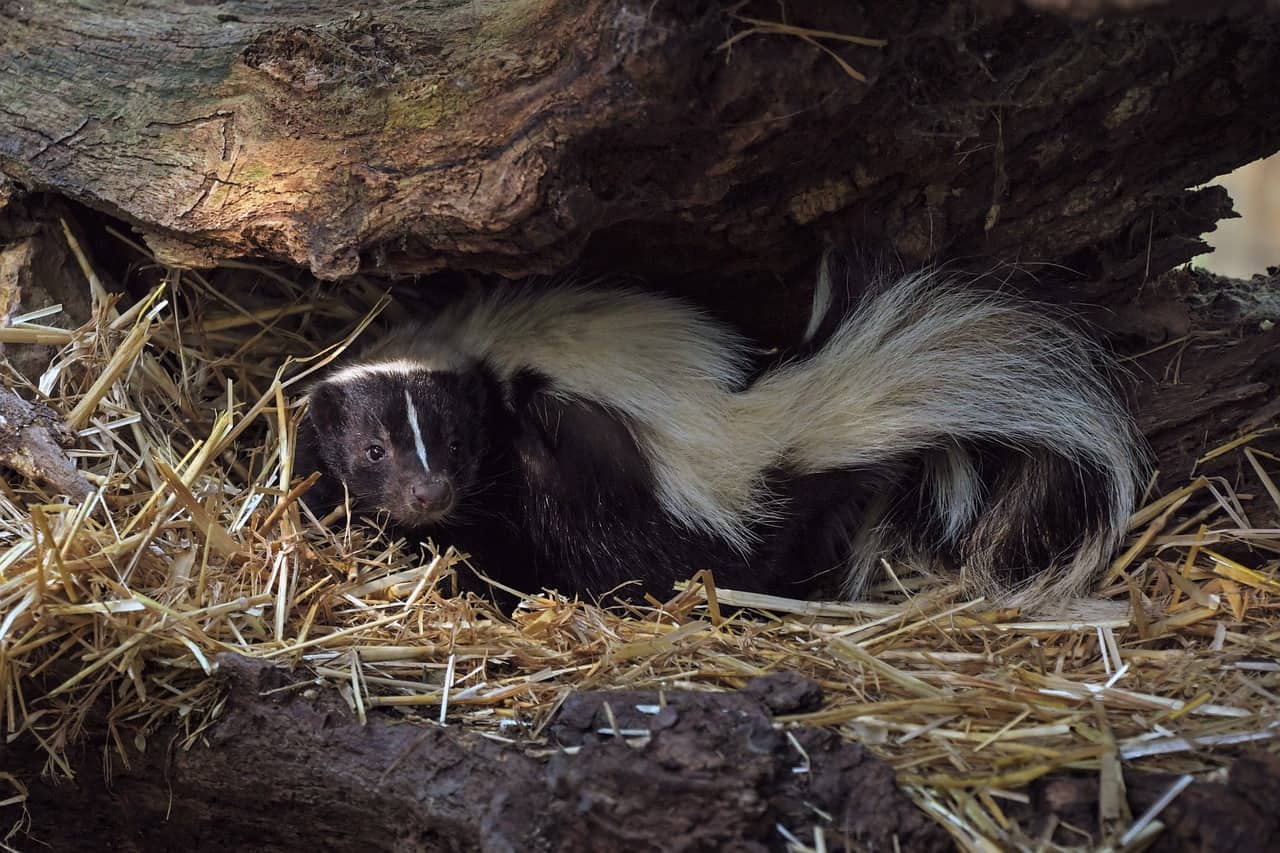 It is claimed that one safe way to capture a skunk is to sneak up behind it, seize it suddenly by the tail, and hoist it triumphantly into the air.

A skunk held in this position is reportedly unable to discharge its secretion, and apparently, this method of capture has succeeded in some instances. But success cannot be guaranteed, as some people have learned.

Probably skunks vary in their ability to discharge their secretion when held by their tails, or possibly those that have been caught safely in this way were not in a spraying mood.

At any rate, this method of capture is not recommended unless one is fully prepared to take the consequences of possible failure.