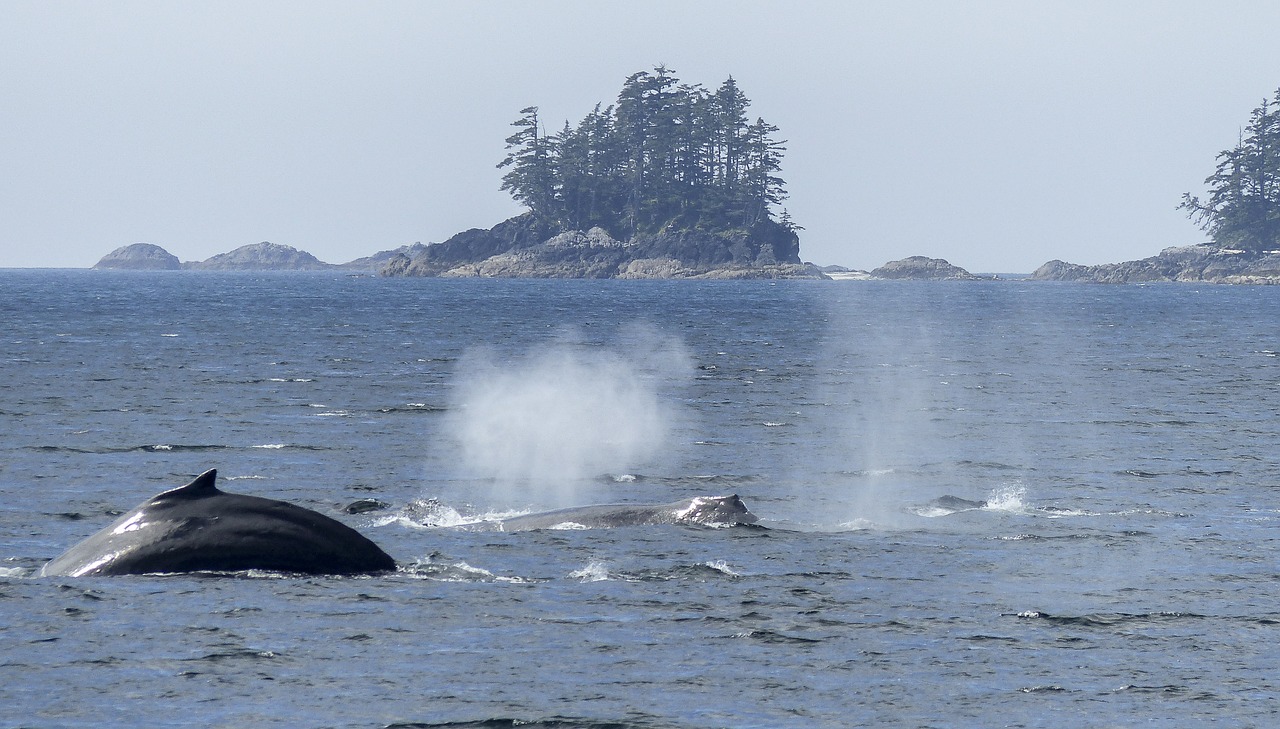 The expression “thar she blows,” shouted by a lookout in the crow’s-nest of a whaling ship, is probably familiar to most people, who also generally take it to mean that the whale is spouting water from its nostrils. That is not what happens.

Whales never deliberately take water into the breathing passages; if they did, they would drown just as surely as would a human being.

When a whale starts to dive or sound, it fills its lungs with air, which it retains while it is under water; then when it comes to the surface it expels the air with some force, or “blows.” The air that is expelled, warmed and moistened from being in the whale’s lungs, condenses upon contact with the colder outside air and forms streams of vapor resembling water which can be seen for some distance.

The same thing happens on a small scale when our own breaths condense on a cool frosty morning. If the whale happens to blow a short distance below the water surface, a considerable amount of water may be carried upward with the escaping air; and people seeing this have thought that the water came from the whale’s nostrils.