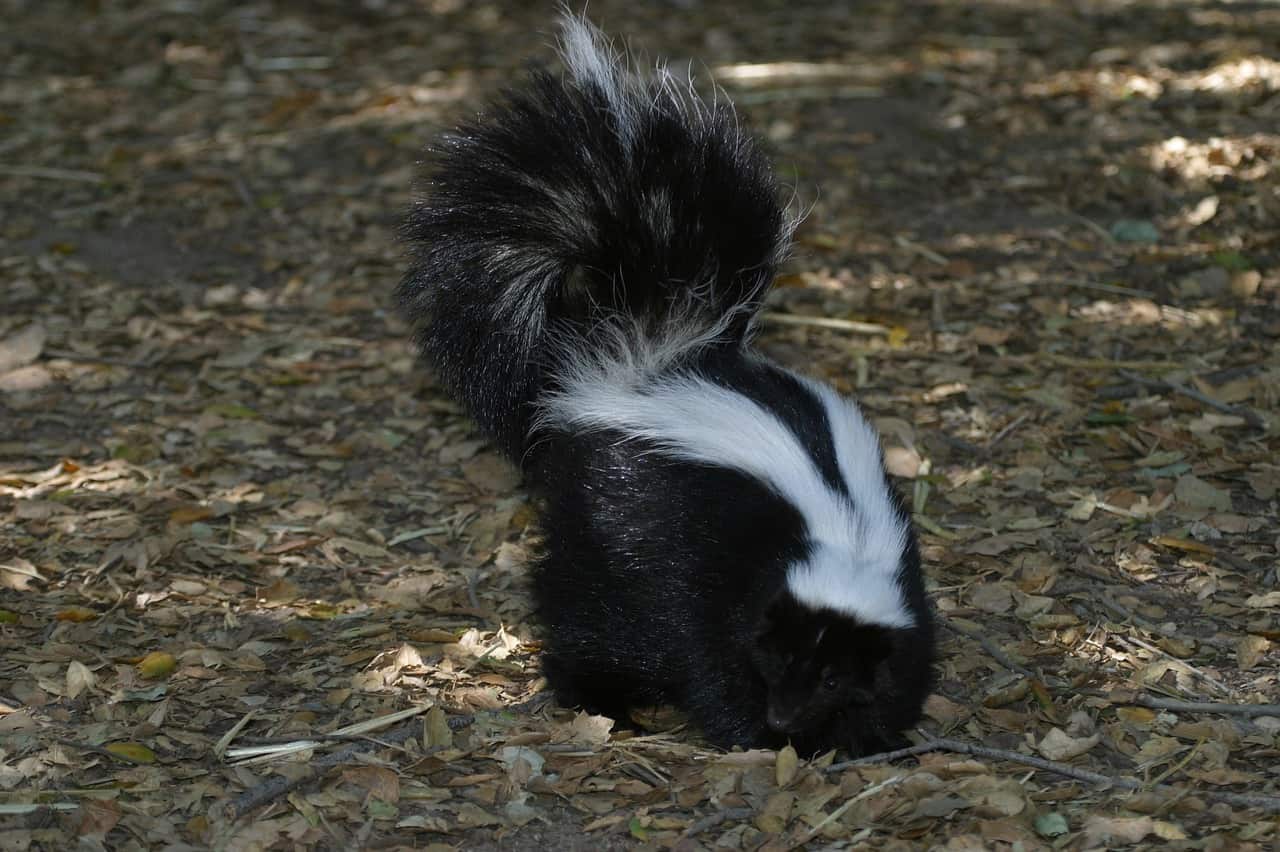 Skunks, or polecats as they are sometimes called, are best known for their ability to emit one of the most malodorous secretions in the entire animal kingdom. This secretion is released by 2 glands, one on each side of the digestive tract. Ducts lead from the scent glands into the digestive tract close to its outside opening.

So, how does a skunk spray? Skunk spray this disgusting liquid from their anus. When the skunk gets ready to discharge its secretion, it turns its back toward the object of its wrath, raises its tail, and stamps its front feet in a warning. It then squeezes the scent glands and releases the spray with high accuracy.

They are sometimes quite hesitant to discharge the fluid, and it has been suggested that the stuff smells horrible even to a skunk.

If warnings do not suffice, however, muscles contract and squeeze the scent glands, and the skunk lays down a barrage of spray which may be thrown for ten feet, sometimes with disconcerting accuracy.

Although a relatively small amount, of material, is released at each discharge, usually only two or three drops if it is concentrated, it is so powerful that It can be smelled for more than half a mile in all directions.