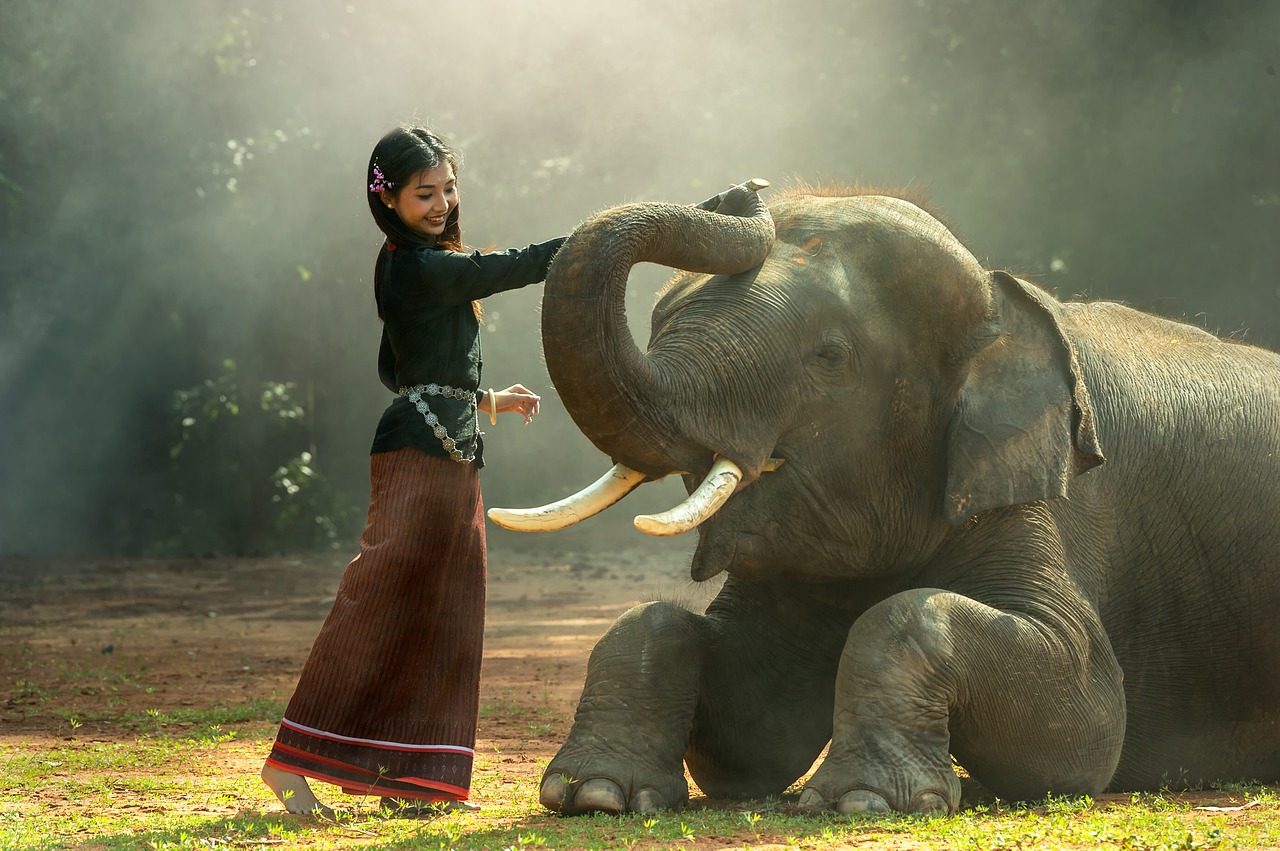 Elephants tusks are modified teeth, the longest and heaviest teeth in the entire animal kingdom. Tusks are used in fighting and in digging up roots, bulbs, and similar plant products which elephants eat. It has also been reported that the African species occasionally picks up the young elephants with its tusks and carries them for some distance.

The longest known tusks from present-day elephants are a pair from an African elephant now in the National Collection of Heads and Horns, Bronx Park, New York. The longest of the pair measures 11 feet 5 and 1/2 inches; its mate, 11 feet.

Their combined weight is 293 pounds, which is rather light for such long tusks. The heaviest tusk known, which is in the British Museum, weighs 226½ pounds, and the second of the pair weighs 214, for a combined record weight of 440½ pounds.

The tusks of some of the extinct mammoths were much longer than those of living elephants. The longest known tusk is one from an imperial mammoth and is a fraction of an inch over 16 feet. Discovered in Texas several years ago.

This enormous tooth is now on display in the American Museum of Natural History. Besides being longer, the tusks of the mammoths were considerably more curved than those of present-day elephants.

In some species, the tusks grew outward and downward from the base, then curved inward toward each other.

Frequently, the ends of the tusks crossed in front of the head. In long tusks, the curvature was sometimes so great that the points were directed back toward the bases of the tusks. It is difficult to understand how they could have been of use to their owners at this stage.