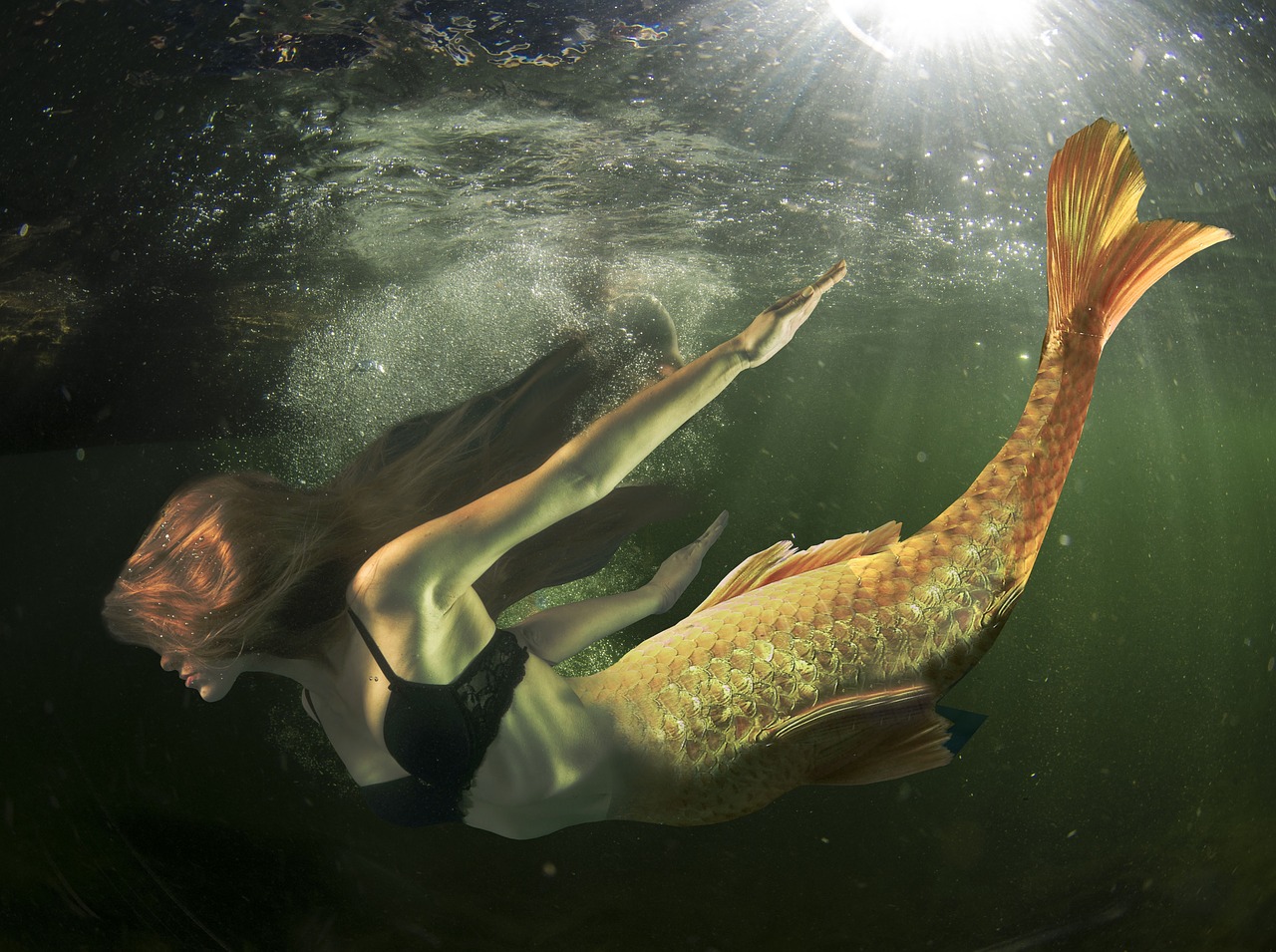 The story of mermaids is one of the oldest legends to be told by seafaring men. According to romantic descriptions these fabulous creatures have the faces and bodies of beautiful women, while the legs and feet have been replaced by fishlike tails.

Strangely, descriptions of male mermaids or mermen seldom appear, possibly because the originators of the stories were more interested in the fair sex during a long ocean voyage. Such creatures do not exist, but animals live in the ocean that could very well have been the basis for the story.

There are a few species of aquatic mammals, called sea cows, that are found along the coasts of various areas of the world.

These include the dugong, widely distributed in parts of the Indian Ocean and near the shores of Australia, and two kinds of manatee occurring in the rivers and along the coast of South America, and sometimes are found in Florida.

Although even a drunken sailor could not mistake the face of a sea cow for that of a beautiful maiden at close range, it is believed that these animals are responsible for the mermaid story.

When the creatures come to the surface to breathe, they stick their rounded heads above the surface, and they 1nay remain in this upright position for some time.

At a distance, the head might easily be mistaken for that of a human being, and this resemblance is heightened when a female appears at the surface holding a youngster in her front flipper.

A nearer view of such a female would certainly cause the observer to hope that this ugly old sea hag was only the nursemaid carrying the youngster out for a stroll, although it is a mystery how anyone could think that any relative of the youngster could possibly be beautiful.