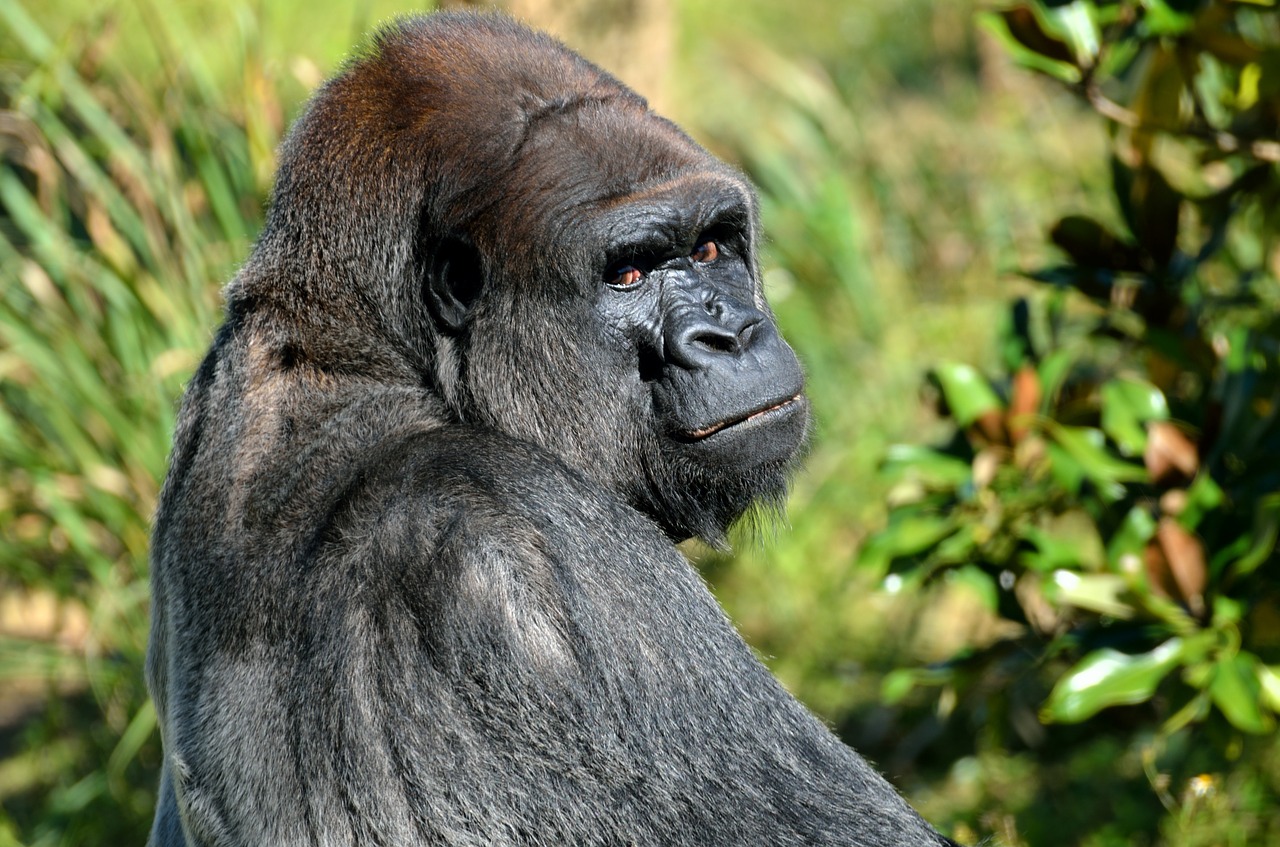 The gorilla is by far the largest of the great apes, but there is no evidence that it ever reaches a height of 9 feet, as some sensationally minded writers have maintained.

Captive gorillas, thanks to the inactive life that they are forced to live, are usually heavier than wild specimens.

In 1941 there were 11 large gorillas in captivity in the United States. It will probably be a surprise to many people to learn that Gargantua, certainly the most ballyhooed gorilla in the world, was not the largest gorilla in captivity at that time; he was, as a matter of fact, a rather poor third as far as weight is concerned.

In 1941, Mbongo and Nagagi, two gorillas in the San Diego Zoo, weighed 618 and 585 pounds as compared with Gargantua’s 500 pounds. Since then, Mbongo and Nagagi have both died, Gargantua was the largest living gorilla in this country.

The greatest accurate weight for a wild gorilla that I have noted is 46o pounds. The greatest height is 6 feet 3 inches for a specimen that was estimated to weigh 460 pounds. The 6ft 3 inches gorilla had a chest measurement of 61 inches and an arm span of 90 inches from tip to tip of its outstretched fingers.

While the average man cannot be compared with the gorilla in most measurements, human beings have comparatively long legs, and a greater cranial capacity.