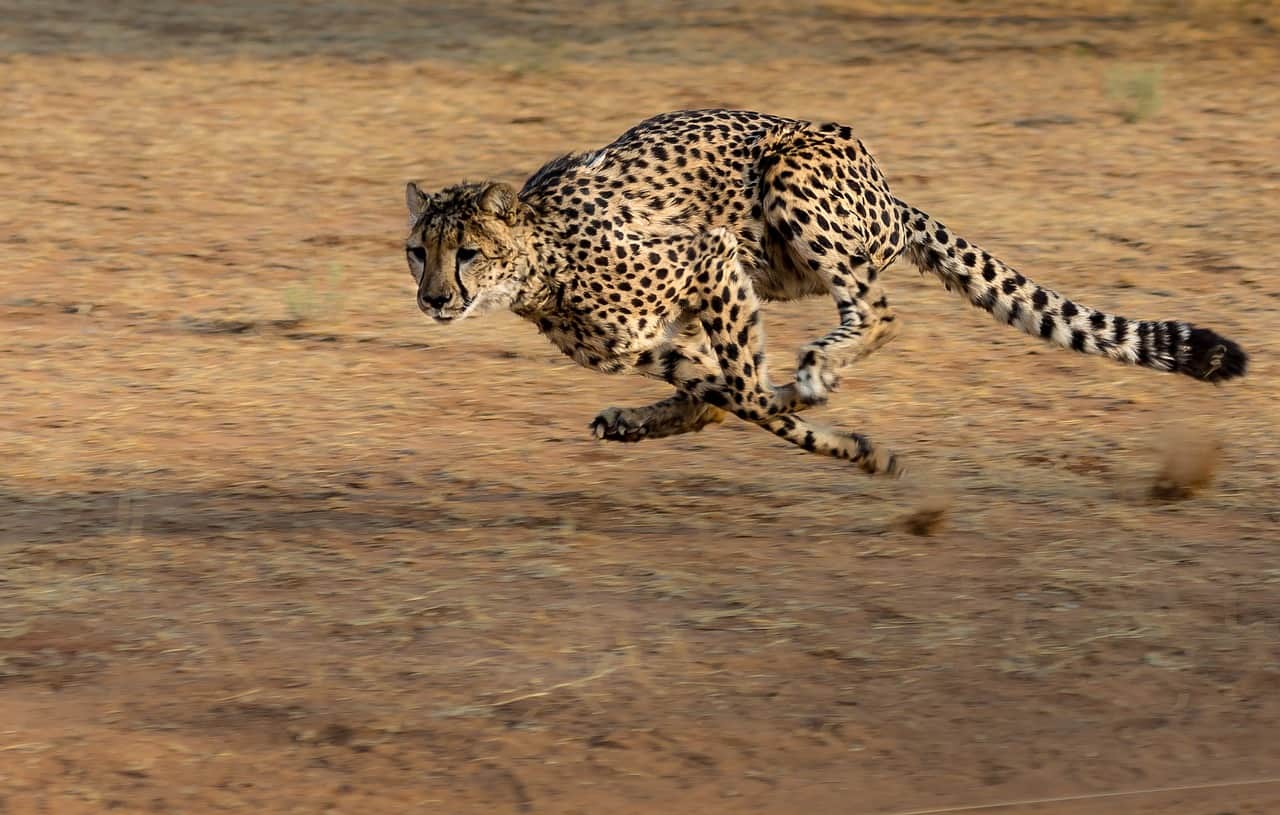 For short distances, the cheetah or hunting leopard is the fastest animal on feet, but its endurance is not very great. Men have used the creature for hunting gazelles and antelopes, and it usually overhauls even these swift runners with remarkable ease.

But the endurance of some of the gazelles and antelopes at high speed is remarkable, and it is certain that for distances of over a mile or so either the blackbuck of India, the Mongolian gazelle, or the pronghorn antelope of the United States could outdistance any living mammal. The pronghorn antelope is easily the fastest animal in North America.

Some people are apparently quite pleased with man’s running ability as compared to that of other animals but I find it difficult to share this complacency. To prove man’s superiority they cite cases of trained athletes who have beaten horses for a short distance yet what chance would a trained athlete have against a horse without a rider, and how many untrained human beings could outdistance even a draft horse?

The claim that man is one of the fastest of animals is, of course, true, but the statement is somewhat misleading. The comparison includes all species that belong to the animal kingdom, and even the slowest of us could probably outdistance a snail or even such a speedy animal as the earthworm.

But the reference to the following table will show that man at his fastest is quite slow indeed when compared with the really speedy members of the mammalian clan.

The table above lists a few of the fastest mammals for which actual records have been made, or for which we have estimates by competent observers.

The Species are arranged in order of known possible speeds, but when more information is available the order may well have to be rearranged.