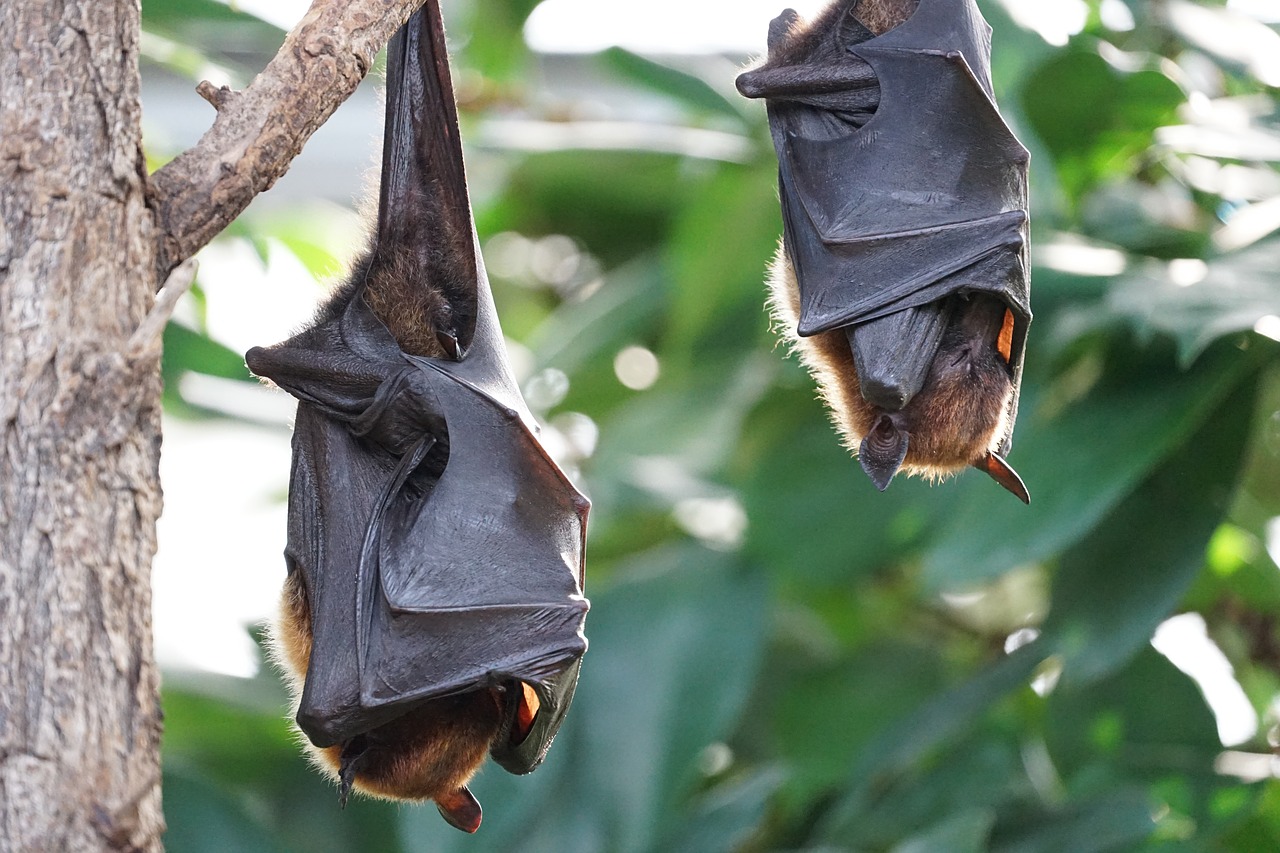 Yes, vampire bats do exist and as you’ve guessed, these creatures feed on other mammals blood to quench their hunger. Vampire bats are found in central and South America ( humid, tropical and subtropical regions).

These bats have got the name “vampire bats” because they hunt in the dark and suck the blood of other mammals (including humans).

The vampire legend probably originated in eastern Europe long before the existence of a blood-eating bat was known.

As originally described, a vampire was the restless soul of a dead person, which at night assumed one of several animal forms and stalked the countryside in search of a victim from which to suck the blood. The bat was not associated with the vampire story until the early eighteenth century, for the very good reason that there are no European bats that feed on blood.

The early explorers in South and Central America, however, encountered bats that did feed on blood, and their experiences, doubtless exaggerated, at last, furnished a tangible basis for the amorphous vampire legend.

Consequently, around 1725, a rash of vampire stories broke out in Europe, and since that time vampires have been thought of chiefly as bats. As far as the movies are concerned, vampires cannot exist without a whole host of bats for decoration.

There are several species of blood-eating bats to which the term vampire bat has been applied. So far as is known, bats of this type are found only in Central and South America.

The largest species has a wingspread of some twelve or thirteen inches and a body length of about four inches. The weapons of the vampire bat are its modified, needle-sharp, front or incisor teeth, with which it makes small cuts in the skin of its victim. It does not suck the flowing blood, as formerly thought, but laps it up with its tongue as a cat laps milk.

The bats feed upon a variety of animals including horses, cows, goats and chickens, and sometimes human beings. But they are not more partial to man than to other animals. For some unknown reason, however, they do exhibit preference for certain individuals, both human and animal.

Thus, even though a number of men or animals may be available, the bats frequently attack only one or a few out of a group, night after night. Very few people are awakened by the feeding of the bats, and the first indication that one has served as a meal for one of these winged leeches is usually the discovery of a bloodstained sheet in the morning.

Possibly the saliva of the vampire bat contains something that deadens the pain of the wound; it probably does contain some substance that prevents the blood from clotting for, small as it is, the wound frequently continues to bleed for some time after the bat has stopped feeding.

The vampire bat does not hover over its victim, and neither does it fan him to sleep with its wings. It may alight directly upon the body, or it may stop a short distance away and crawl up. In some parts of South America the goats, horses, cows, and chickens are so frequently attacked by vampire bats that it is almost impossible to raise them profitably.

The bats also transmit diseases that kill large numbers of horses and cattle. One of the worst is the frequently fatal paralytic rabies, which has occasionally been transmitted to human beings.