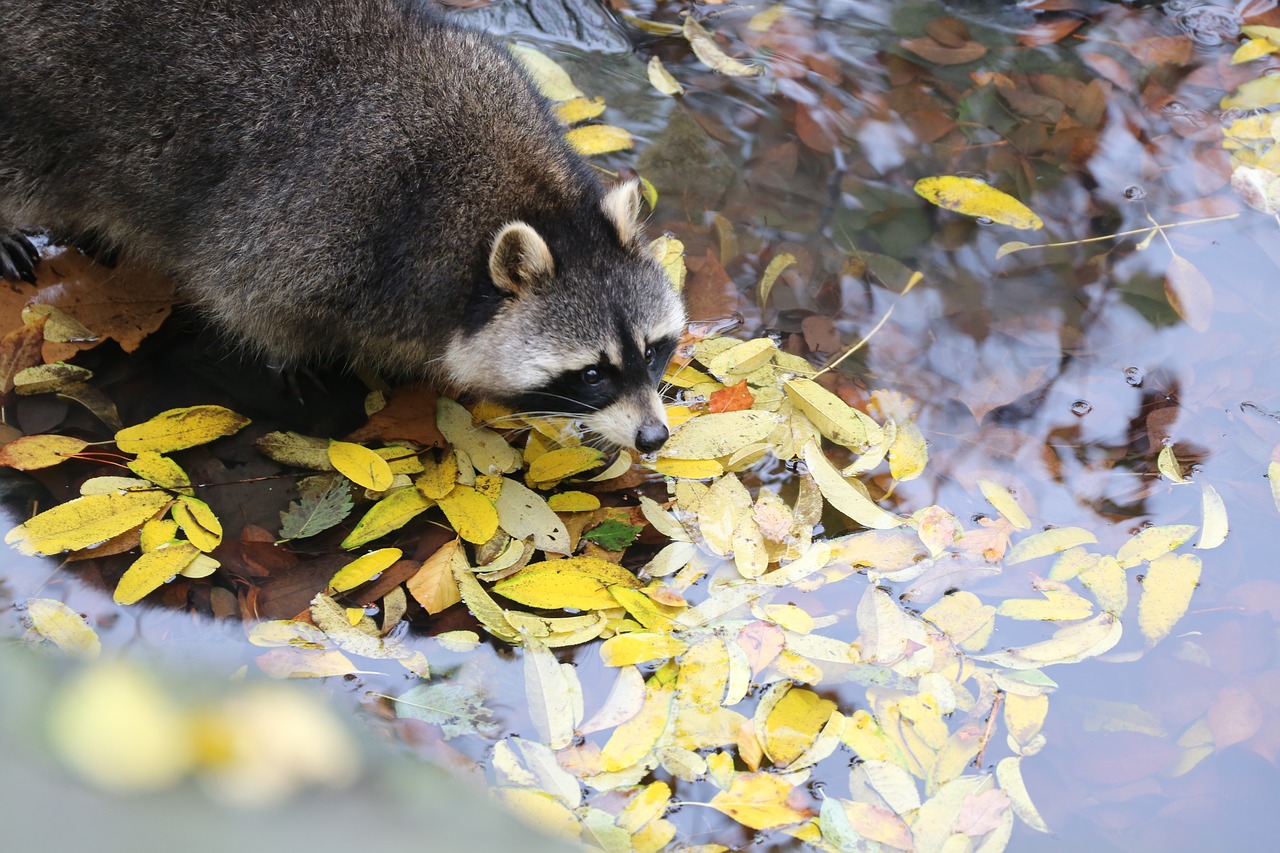 Raccoons, it is often said, wash all their food before eating it, and there is some truth in this story. If water available, most raccoons do wash their food, and some have been known actually to refuse food when they could not find any water.

But refusal is not the rule; if a coon comes upon food some distance from water, he will usually eat it, though he may be unhappy about it.

This washing habit is not always practiced even when it is possible; some men who have studied the habits of raccoons have never observed it.

The reason for the raccoon’s peculiar action is not known. It does not indicate cleanliness, since the water used in washing the food may be dirtier than the food.  Also, frogs, crawfish and similar tidbits caught in the water may be scrubbed as efficiently as other types of food.

Some people believe that the raccoon washes its food because it enjoys feeling the food in the water; if this is true, it would explain why the animal sometimes almost wears the food out in its enthusiasm.

A piece of meat, for instance, is sometimes mauled and scrubbed so thoroughly that it is an unrecognizable mass by the time the raccoon is ready to eat it. Whatever its reasons, however, it seems to derive considerable pleasure from the procedure.