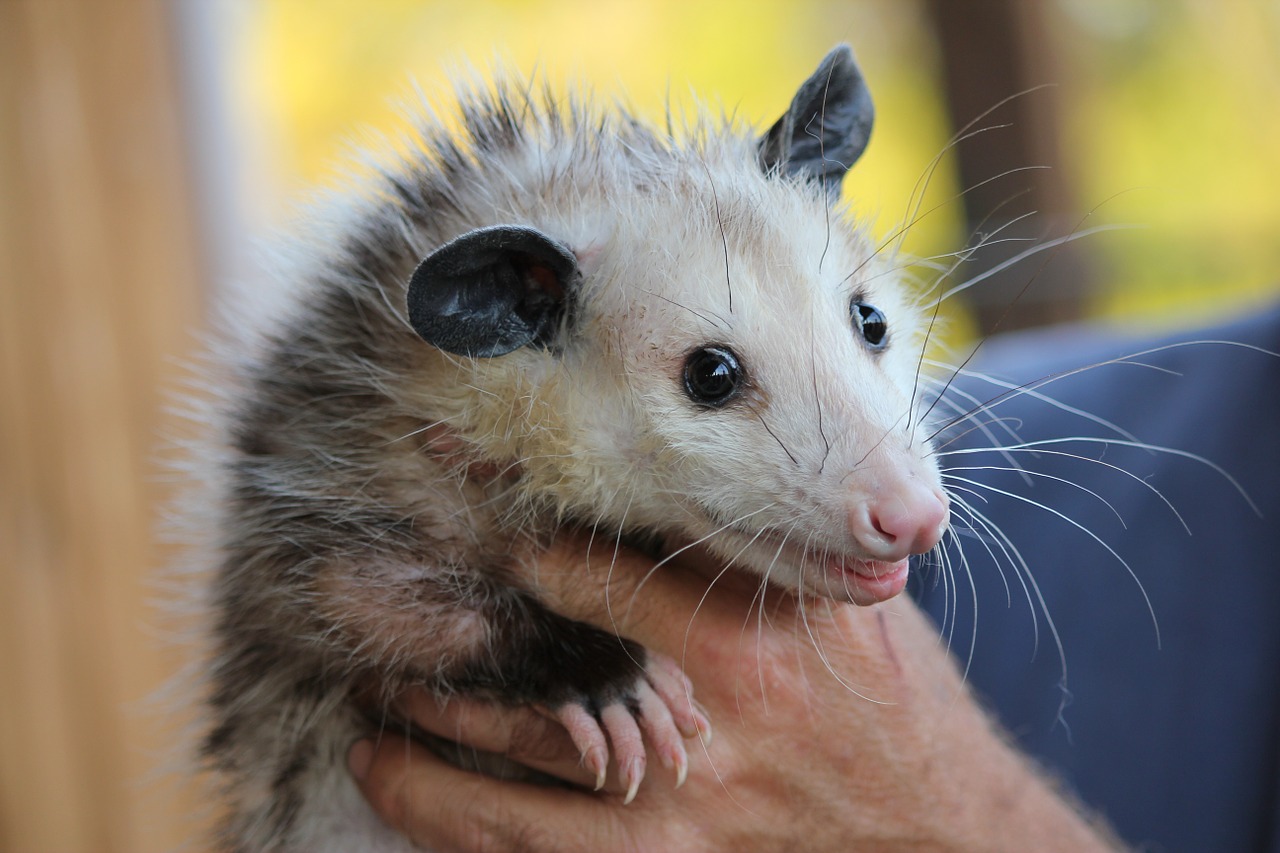 Opossums are among few creatures that are generally seen ransacking your garbage bins. They can probably feed on anything they can find in their way including snakes, rodents, insects, and even birds. The first thing that comes to your mind when you see an opossum near your house is whether they carry diseases like rabies that they can spread to your family and pets through biting.

So, do opossums carry rabies? No, most of the opossum species do not carry rabies. It is because of their low body temperature which is around  34.4°C to 36.1°C that prevents Rabies virus to survive in an opossum’s body. However, in a rare case, opossum’s may carry rabies.

Opossums near the house feeding on berries, fruits, nuts, going through your garbage cans are great troubles. Often times they get into fights with cats and dogs and can bite or scratch your pet on their legs with their really sharp teeth and claws.

People generally wonder whether they could spread diseases like rabies to their pets.

Can Opossums Spread Rabies or Other Diseases?

Chances of an opossum carrying rabies are very less. It is because its body prevents the growth of Rabies virus but this doesn’t mean it can’t spread other diseases.

Opossums due to their unhealthy feeding habits carry a large range of diseases. Some of the diseases that a possum can spread are Tularemia, Toxoplasmosis, Tuberculosis, Rocky Mountain Spotted Fever (RMSF), American Trypanosomiasis, etc.

All of these diseases can be dangerous for your pets and your family. These spread through bacterias that opossums carry in their saliva.

Most of the opossums also carry fleas and mites. If your dog or cat living in an urban area is carrying fleas, it is possible that it has been caught from an opossum.

Do Opossum Bite or Attack?

Opossums very rarely attack any human or pet ( dogs and cats). They are super defensive in nature and for this purpose, they have an inbuilt defense mechanism technique known as “playing possum” which means playing dead.

When cornered, the possum will roll on the ground, take its tongue out and literally show like it is dead. In this whole scene, possum lowers its heartbeat up to very low and this can go on for 10 minutes to 2 hours. After a while, when a predator loses its interest in opossum, it stands up and escapes quickly.

Sometimes, this tactic doesn’t work on intelligent predators. Then they are left with no other choice than to bite and use their sharp claws to scratch the body of the enemy. Possum has around 50 very sharp teeth which it uses to cut the flesh of the predator.

Possums will try to do everything in order to avoid the fight but when it is out of its hands, it has no other option left instead of fighting back which includes ripping out the flesh of its predator.

While opossums don’t carry Rabies which is one of the deadly viruses but they do carry other diseases that can spread through contact with bodily fluids of an opossum. It is your own responsibility to protect your children, pets from catching these diseases.

Steps to protect you and your family from these diseases:

If you, your family member or your pet have got bitten by an opossum, please don’t panic. It is most likely the Brushtail opossum which has bitten the victim. Although these creatures don’t carry Rabies, I’ll still advise you to go see a doctor as there is still a 0.1% chance you can catch Rabies.

Note: If the wound is deep and doesn’t stop bleeding, you probably would need stitches. Go visit the doctor immediately.

These are the steps for first aid if you’re bitten by an opossum.

As opossums contain 50 sharp teeth, the wound can be very deep. If this is the case you must see a doctor immediately.

Can opossums spread diseases to dogs? Yes, opossums can spread various bacteria such as Leptospirosis, Trypanosomiasis that can infect human beings as well as pet dogs. These diseases can spread through opossum’s saliva and other bodily secretions. Opossums can also spread fleas and mites to dogs and other pet animals.