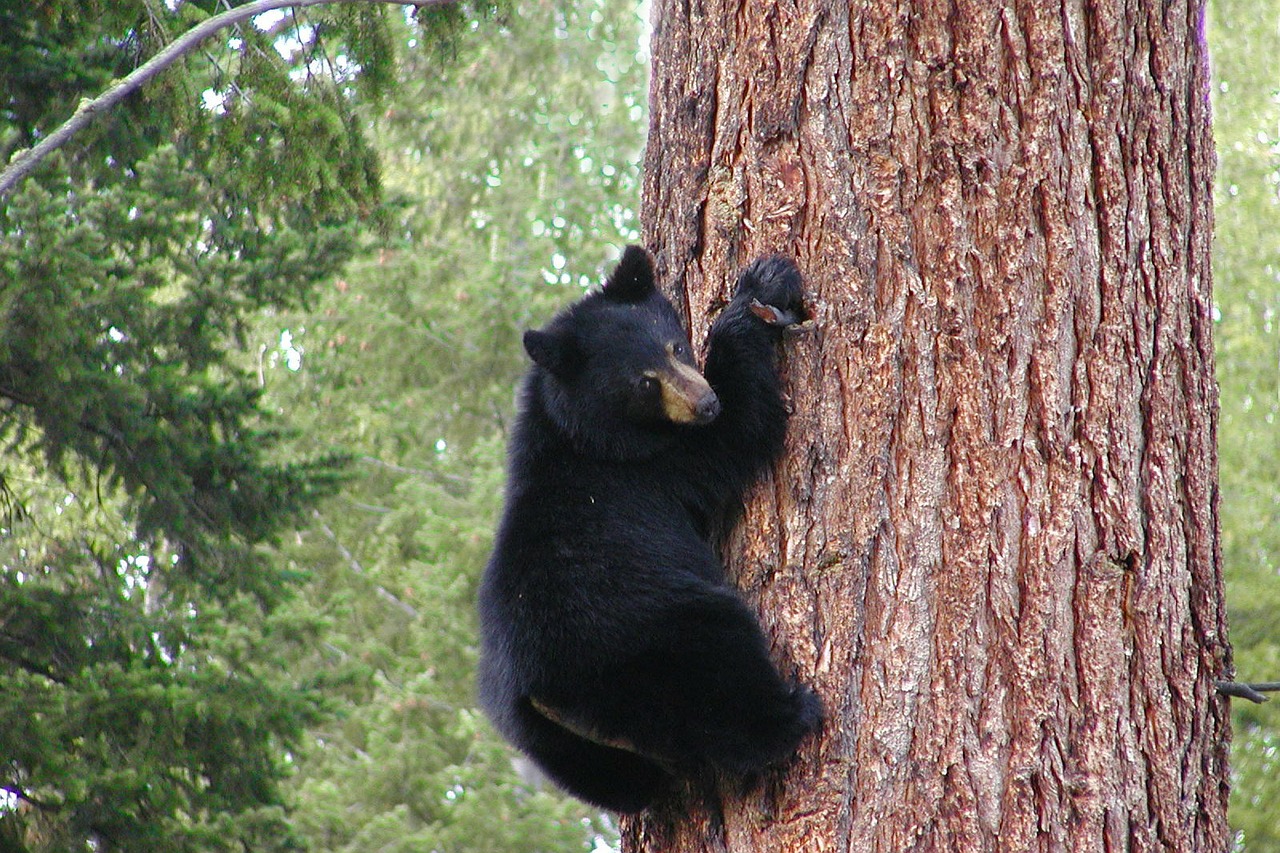 Guess, most of you have heard that climbing a tree will save you from a chasing bear. Is it really true or just a misconception? Well, I did some research and found out the answer that I would like to share with you.

Bears have a reputation as tree climbers, and I well remember listening as a child to an elderly friend describe how he climbed a tree with a bear after him.

In this particular escapade, according to my friend, the bear pursued him to the topmost branches and, balked by the smaller limbs, was trying to shake him from the tree when friends arrived conveniently and shot it.

The black bear is an excellent tree climber, even as an adult, and will sometimes sleep astride a branch large enough to support its weight, but grizzlies seldom climb trees even when they are young.

Thus the only bears in North America that would normally be able to climb a tree after a man are the black bears.

These creatures are usually inoffensive, however, and I have never heard of an authentic instance of their doing so. I am more than suspicious that my friend’s story was exaggerated if indeed it had any factual foundation.