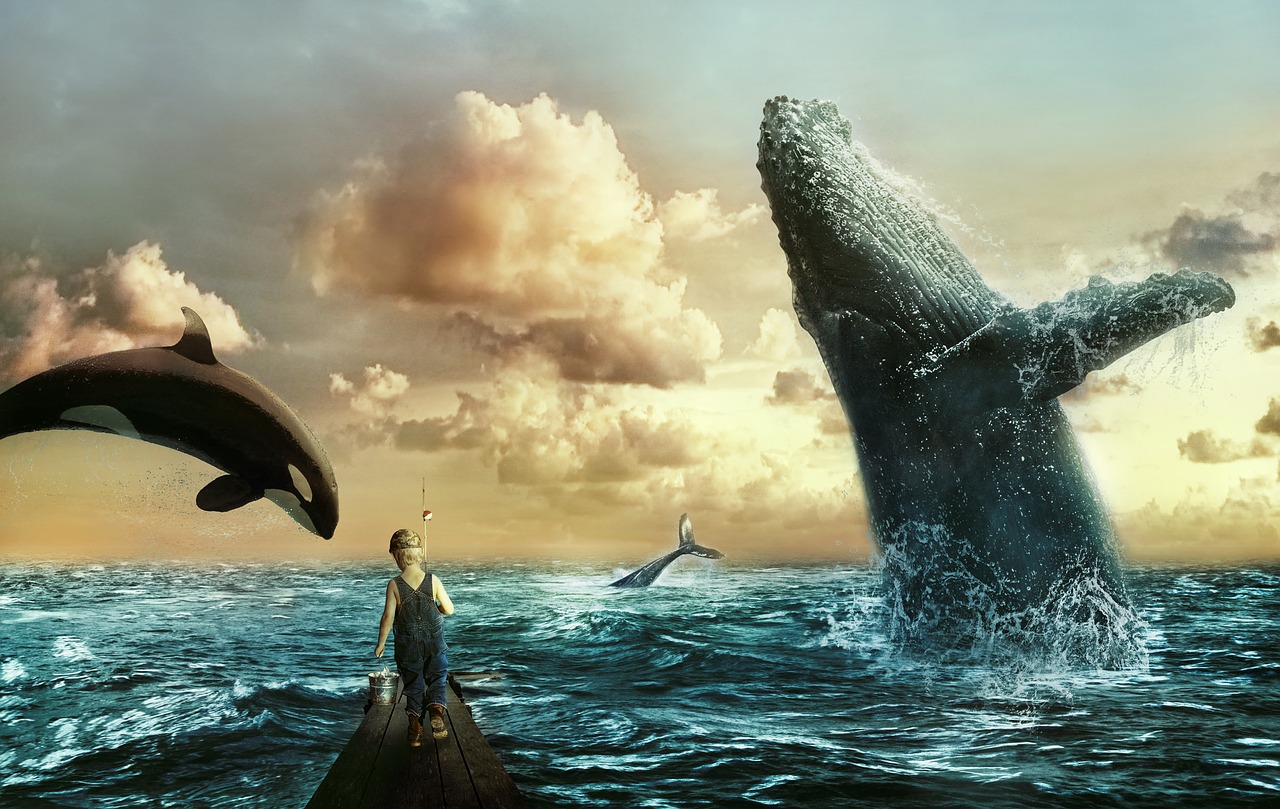 The question of whether or not a whale can swallow a man has been discussed since the time of Jonah. There has been a lot of research on this topic.

The study says that due to small size throats, whalebone or toothless whales are incapable of swallowing a human but killer whales or toothed whales can very easily swallow a human.

As far as Jonah is concerned, there is also the problem of whether a whale or fish was involved. It is not possible for the whalebone or toothless whales to swallow a man, because their throats are less than a foot in diameter. Any human being larger than a small child or a midget would cause them considerable embarrassment if they were to become ambitious enough to try. Small penguins are the largest animals that have ever been found in the stomach of a toothless whale.

The great sperm whale or cachalot, however, is an entirely different matter, for the throat of this whale is large enough to swallow a man whole. Captured sperm whales have been found to contain pieces of squid larger than the body of a human being.

Some people doubt that there are any verified accounts of a whale’s swallowing a man, but 2 reports are of interest.

In 1891 the boat of a whaling ship was upset by the flip of the tail of a large sperm whale, and when the crew was rescued one of the men was missing. Despite this loss, however, the rest of the men rallied and several hours later captured the whale that had wrecked their boat. They fell to work upon the carcass, and by the next morning, they had reached the innards of the creature.

Deciding to remove the whale’s stomach, they hauled it on deck. Something inside started to move, much to everyone’s astonishment, and when they opened it up there was their lost comrade, unconscious, but still with sufficient vitality to have made the movement that saved him.

The man eventually recovered, so the story goes, but parts of his skin remained a dead white color for the rest of his life, supposedly as a result of the action of the whale’s gastric juices upon the body surfaces not protected by clothing.

The most unbelievable part of the whole story is that the man should have been alive after he had been in the whale’s stomach for so many hours. Perhaps the whale obligingly swallowed enough air for the man’s needs, and his nostrils conveniently remained above the digestive juices while the rest of his face was being digested!

An account of a whale swallowing a man appeared in Natural History Magazine, related by a man who was allegedly a former ship’s surgeon.

According to the story, a sperm whale swallowed one of the crewmen. The whale was later captured and the badly mangled body of the man was recovered. However, a later investigation by Dr. Edward M. Weyer, Editor of Natural History Magazine, indicated that the storyteller used a fictitious name. Chances are good that this instance never did occur.