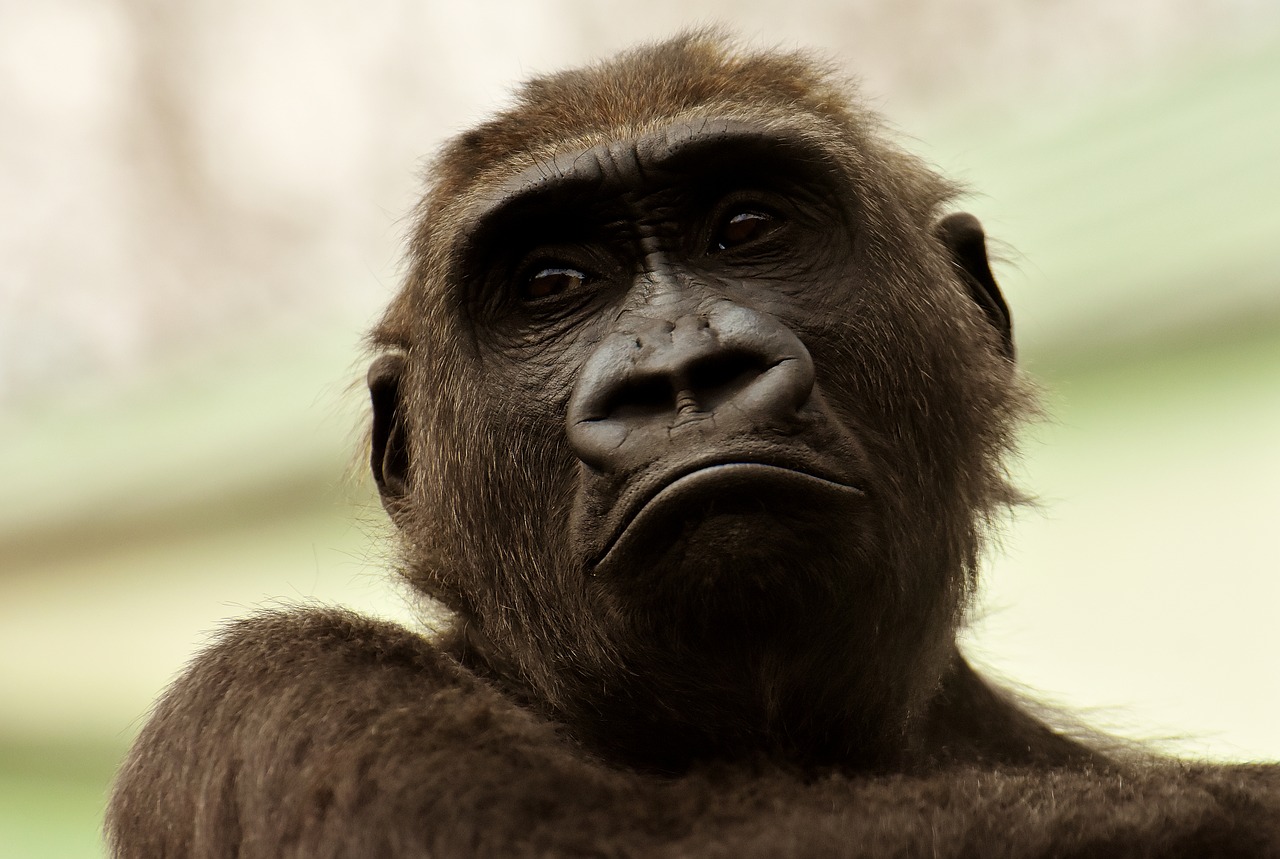 There has been considerable discussion regarding the temperament and ferocity of gorillas, and for many years it was thought that they held a continuous open season on man.

With the decades of study, researches found that gorillas are pretty shy and love their space. But as such they do not harm humans unless provoked. They would try to scare you away from their territory but don’t attack directly.

When the existence of these enormous apes first became established, it was firmly believed that they habitually watched jungle trails from overhanging trees so that they could seize and kill unwary human beings who passed beneath.

Several men have recently studied the habits of gorillas, and it is now known that many of the early ideas about them were far from true. Although gorillas do sometimes climb trees in search of fruit, and occasionally build nests in low bushes or trees for the females and young, they apparently do not travel through trees to any extent.

Indeed, their great weight makes tree life impossible. In the majority of cases, gorillas will melt quietly into the forest rather than attack a human being without provocation. But they will certainly bluff, and they may do everything short of attack in trying to frighten a human being away.

They have been known to stir up a frightful noise by stamping their feet and thrashing around in the bushes, and to top off these preliminaries by charging with bloodcurdling roars, only to stop short suddenly, just before attacking, and make off quietly into the forest.

There have been one or two instances, however, which show that an occasional gorilla may not need much excuse to attack a human being. The late Harry Raven, who killed one of the largest wild gorillas ever weighed, had a hair-raising experience collecting the animal.

He was crawling under a fallen tree when a terrific roar sounded almost in his ear. Scrambling to his feet, he saw an enormous gorilla looming above him and coming fast. Raven fired quickly, and the gorilla fell, then staggered to its feet. He fired again and the great ape went down, this time for good, but only 15 feet away. I do not believe that this gorilla was bluffing.