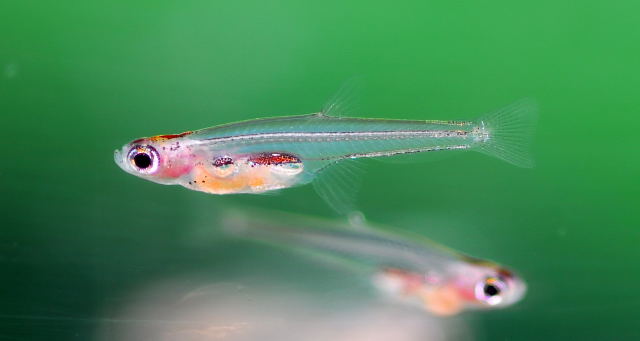 Very few anglers vie with each other in attempts to catch the smallest fish, but these smaller creatures arc just as interesting as the giants. As opposed to the possible sixty-or seventy-foot length of the whale shark which is the largest fish, the smallest fish must be measured in fractions of an inch.

The smallest fish in the world are found in lakes in the Philippine Islands. There are several species that belong to the goby group, the largest of which measures only half an inch, and the smallest, called Pandaka pygmaea, only slightly more than a quarter of an inch.

These fish are the smallest living animals with a backbone, but despite their small size they are an important article of food in some parts of the Philippine Islands. They occur in such enormous numbers in some lakes that they are collected by the thousands and cooked into a concoction that is flavored with peppers and spices.