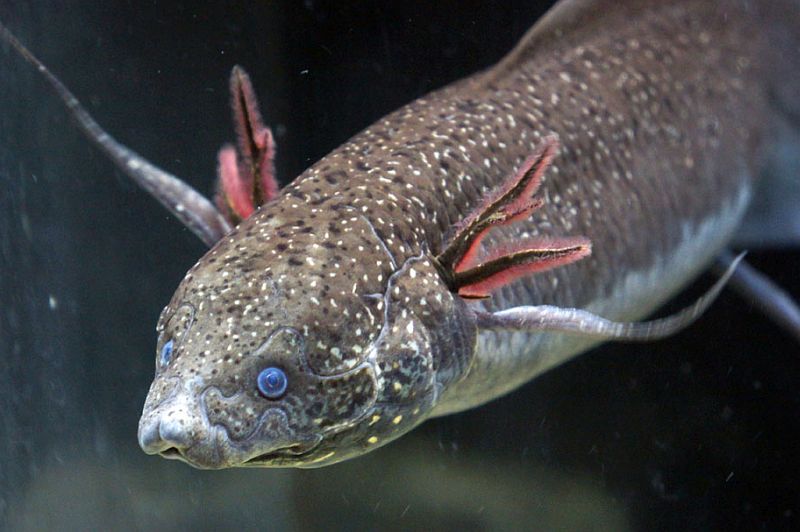 Lungfish of Africa is the only fish that can live out of water.

Droughts hold no terrors for the lungfish of Africa. When the swamps and streams start drying up, these fish simply burrow into the mud for a foot or so, fashion themselves comfortable rooms and coil up for a nice summer’s sleep.

They secrete mucus that, mixed with the mud hardens and forms a kind of cocoon about their bodies. Air is obtained through a small opening that is left at the top of the burrow, and most breathing is carried on during this period by the swim bladder, which is really a well-developed lung.

Under ordinary conditions, the fish remain in their sleeping quarters until the rains come again and flood their sun-baked homes. Thanks to their habit of forming cocoons, lungfish are to be seen in many aquariums throughout the world. Collectors locate the buried fish by pounding on the earth until they find a spot that sounds hollow.

The fish are then dug up, packed and shipped, cocoon and all. At their new quarters, the cocoons are placed in water and when the mud has dissolved the lungfish swim happily about.