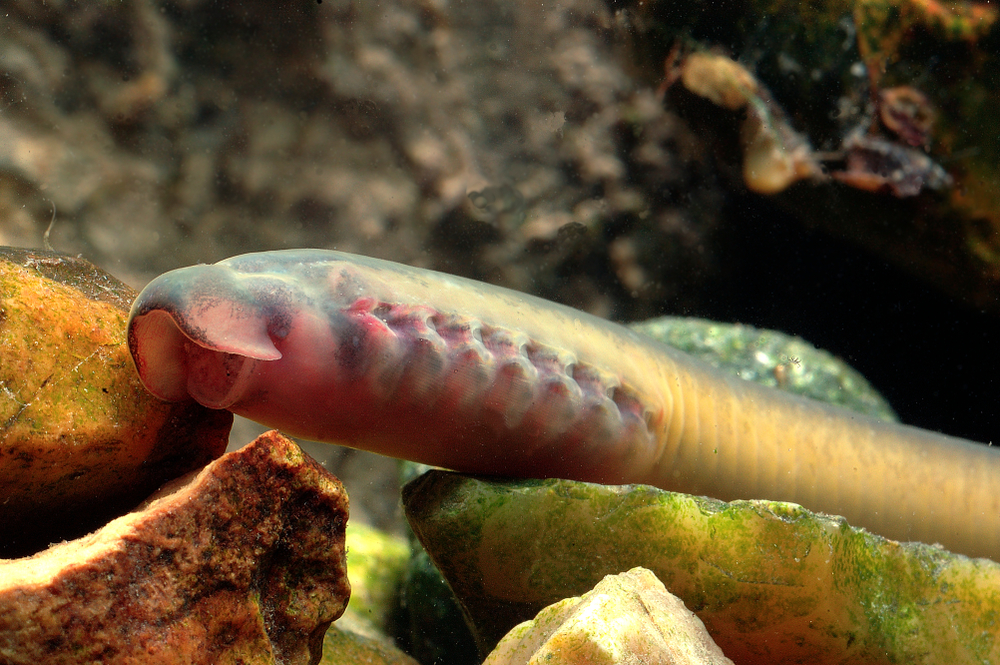 Many marine lampreys come into fresh water to breed and, as they go upstream, sometimes encounter waterfalls too swift for easy swimming. Faced with such an obstacle, the lampreys use their suckerlike mouths to advantage.

Attaching themselves to rocks to hold themselves against the current, lampreys gradually work their way toward the falls by swimming forward short distances and again attaching to rocks nearer the falls.

To climb a perpendicular cliff and enter the stream above the falls, as they sometimes do, the lamprey attaches its sucker to the cliff, wiggling its body vigorously and inching the sucker upward at the same time.

At times they may be entirely out of the water. Huge numbers of them have been seen either anchored near the foot of falls or laboriously climbing over them.

When lampreys swim up a river to lay their eggs, they search for a place where the current is relatively slow. There they construct a crude nest of stones which they collect and move into a place with their efficient mouths.

The person who first called these creatures lampreys must have observed this habit, for the name means “to lick rocks”.