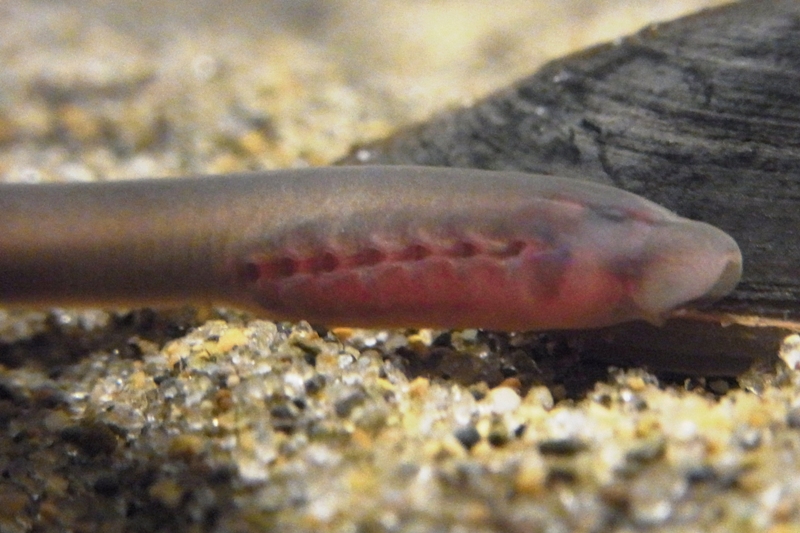 Lampreys and hagfish are elongated fishlike creatures which grow to a length of two or three feet and resemble eels. They are similar to fish and are called fish by most people, but they differ in so many important respects that biologists have classified them as a separate group called cyclostomes.

One of the most noticeable differences is that cyclostomes do not have any limbs at all. The only fins they have are along the center of the back and tail, and on the under surface of the body near the rear end.

Their skin is entirely scaleless, and skin glands secrete so much slime that it is almost impossible for a person to hold a cyclostome in his hands. Lampreys are found in both fresh and salt water, but hagfish are wholly marine.