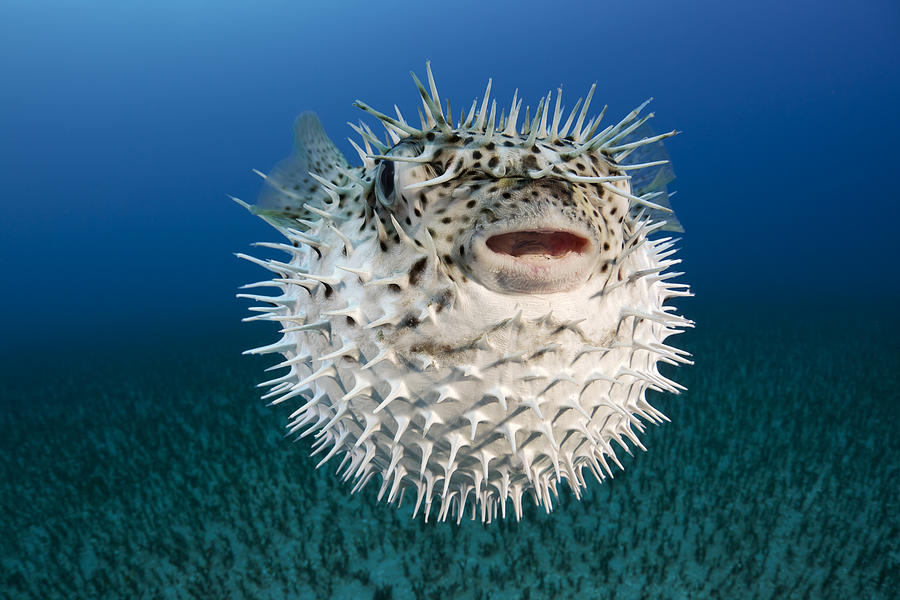 One of the oddest types of defense found in fish is that used by the puffer, globe and porcupine fish. They are able to inflate their bodies to several times normal size by taking air or water into a special bladder-like sac connected with the gullet or esophagus.

When one of their enemies, such as an enterprising shark, swims into view, these fish immediately start swelling, presumably discouraging the astonished pursuer.

Some species have inedible spines scattered over their bodies so that when they are inflated they look more like pincushions than tasty morsels. Many of the fish that employ this type of defense is forced to float on top of the water like balloons until the air is expelled.

Their ability to inflate themselves is curious enough, but an even more remarkable habit was reported many years ago by Charles Darwin.

According to his story, it would be disastrous for any shark to eat one of these fish, because the fish would gnaw through the stomach and body wall of the shark to get out. Darwin reported this story in good faith, and until recently it was believed by many biologists. Now, however, it is regarded simply as a fish story, too good to be true.