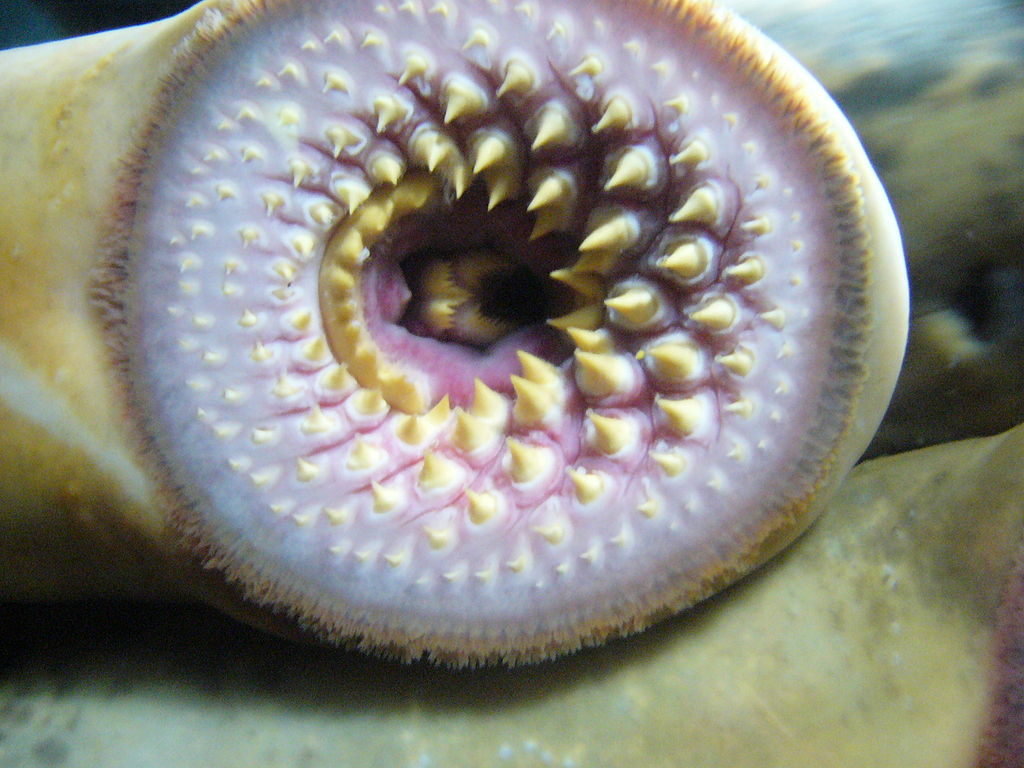 A few species of lampreys normally feed upon small organisms such as worms, insects and various other forms of water life, but most marine lampreys and all hagfish are parasitic upon fish. This is worthy of notice because parasitism is rarely found among vertebrate animals.

Lampreys usually do not kill their victims directly, but change hosts from time to time. The wounds they make, however, are likely to become infected, which often leads to the death of the fish. In some areas, lampreys constitute a major problem because they attack large numbers of important food fishes.

The feeding habits of the lamprey would present a problem if it had to get its oxygen from the water as most fish do by allowing the water to flow into its mouth, over the gills and out through the gill slits. If it had to release its grip on a fish to take water into its mouth, it would find that its meal had run away while it was breathing.

The gills of the lamprey, however, lies in pouches in its body, and during respiration they expand and contract, drawing water into the gill slits and expelling it at the same place. The hagfish, as a rule, is not satisfied merely to attach itself to the outside of another fish.

It usually bores its way right into the body of its victim and, working from the inside, eventually consumes almost the entire fish. Fisher-men frequently net large fish that are nothing but a skinful of bones, with a well-fed hag complacently reposing within.