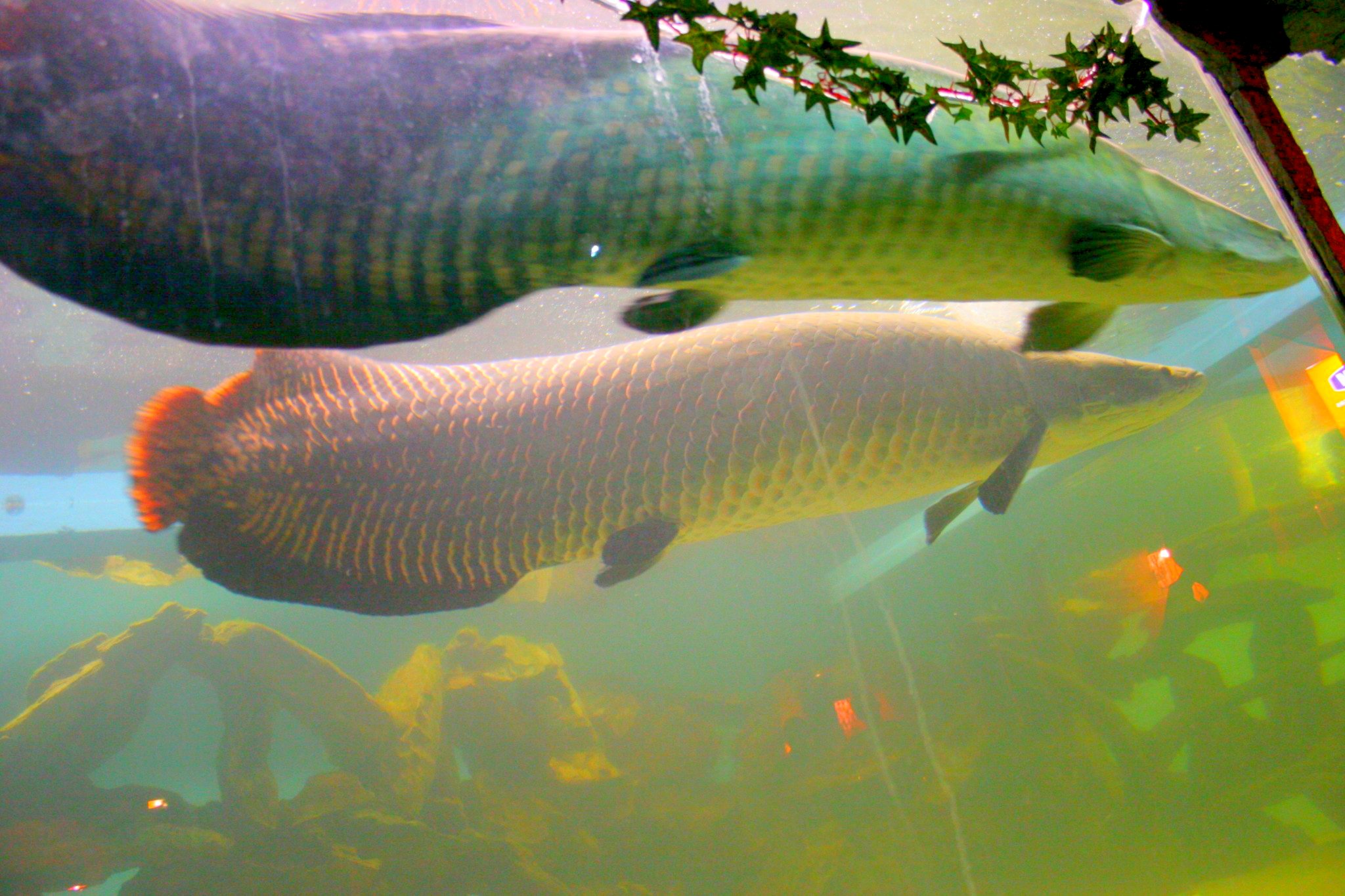 It is generally thought that the largest freshwater fish is the arapaima or piraruca of the rivers of South America.This fish is said to reach a length of fifteen feet and a weight of 500 pounds.

However, there are several kinds of sturgeons that are much larger than the arapaima. Some of them spend most of their time in fresh water, while others come into fresh water only to spawn. The largest of the sturgeons is the huso or giant Russian sturgeon.

There is an established weight of 3221 pounds for one of these fish, and a length of up to twenty-six feet has been reported. Other large fish such as sharks and sawfish occasionally get into fresh water, but they do not spend as much of their time there as do the sturgeons. There are several species of catfish, wholly freshwater species, that also rival or exceed the size of the arapaima.

One of the largest of these is the wels of European rivers. This fish is said to attain a length of fifteen feet and a weight of over 700 pounds, but I have not been able to confirm these figures.

Several very valuable fish products are obtained from sturgeons, and for this reason they have been caught so extensively that large specimens are now exceedingly rare. The product most in demand is obtained from the eggs or roe. These are treated and sold as caviar, a dish “fit for a king,” but suspiciously resembling shot in appearance.