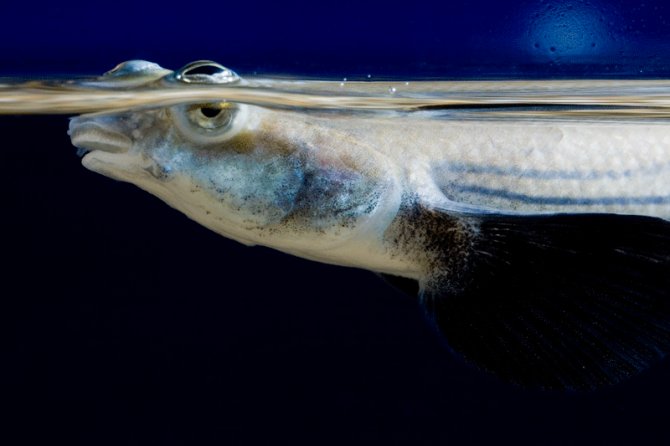 In parts of Central and South America, there are fish that have eyes unlike those of any other vertebrate animal. They are called four-eyed fish but, although the structure of their eyes is remarkable, the term “four-eyed”, is somewhat misleading.

There are only two eye sockets and in each eye socket there is only a single eye, but the eyes are constructed for 2 types of vision.

The fish are sometimes called double-eyed fish, a name more descriptive of the actual construction of the eyes. Each eye is divided into an upper and lower part by a dark stripe, and the fish usually swims with its head partly out of the water so that the water surface lies along the dividing line of the eye.

Detailed studies of the structure of the eyes indicate that these fish have double vision. The upper half of the eye is thus probably used for seeing objects out of the water, while the lower half peers around for food beneath the surface.