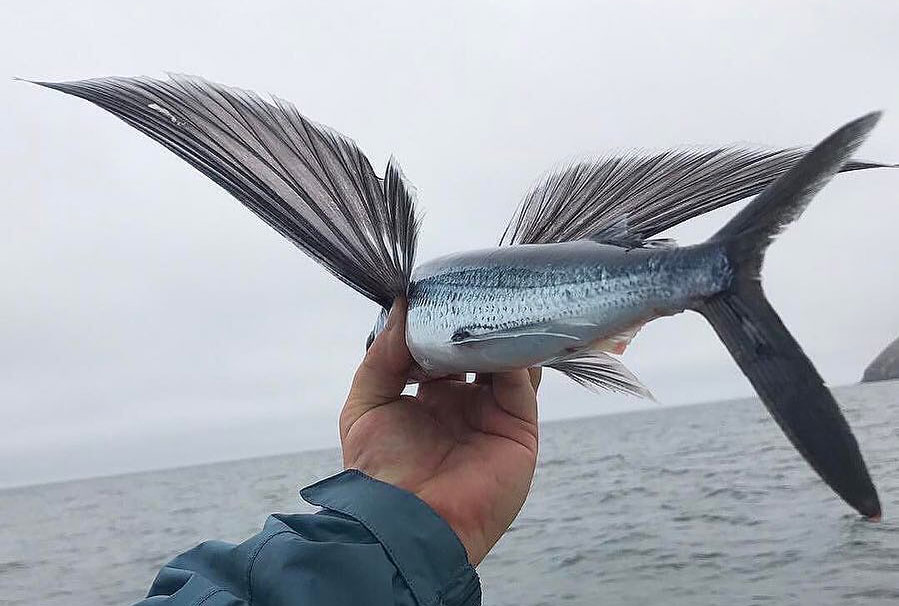 One of the most interesting experiences of an ocean voyage is to see a school of flying fish suddenly break the surface and go sailing over the waves like so many streaks of light.

The “wings” of flying fish are variants of the normal front fins, in that they are greatly enlarged. In flight, these fins are spread and held at an angle to the body; some species also spread the rear pair of fins.

It was at one time thought that the fish flapped its fins like the wings of a bird, but this is not true.

The fish swims rapidly through the water, with part of its body breaking the surface. It may swim in this fashion for some distance, gaining speed by vigorous movements of the tail. When  the fins are spread and held rigid, its speed lifts it bodily into the air, and it may sail or glide for several hundred yards before dropping back into the ocean.

It can lengthen the initial flight by striking the crests of the waves and picking up additional power with a few vigorous strokes of its tail. It may fly quite high-not infrequently flying fish land by accident upon the decks of large stearuers.