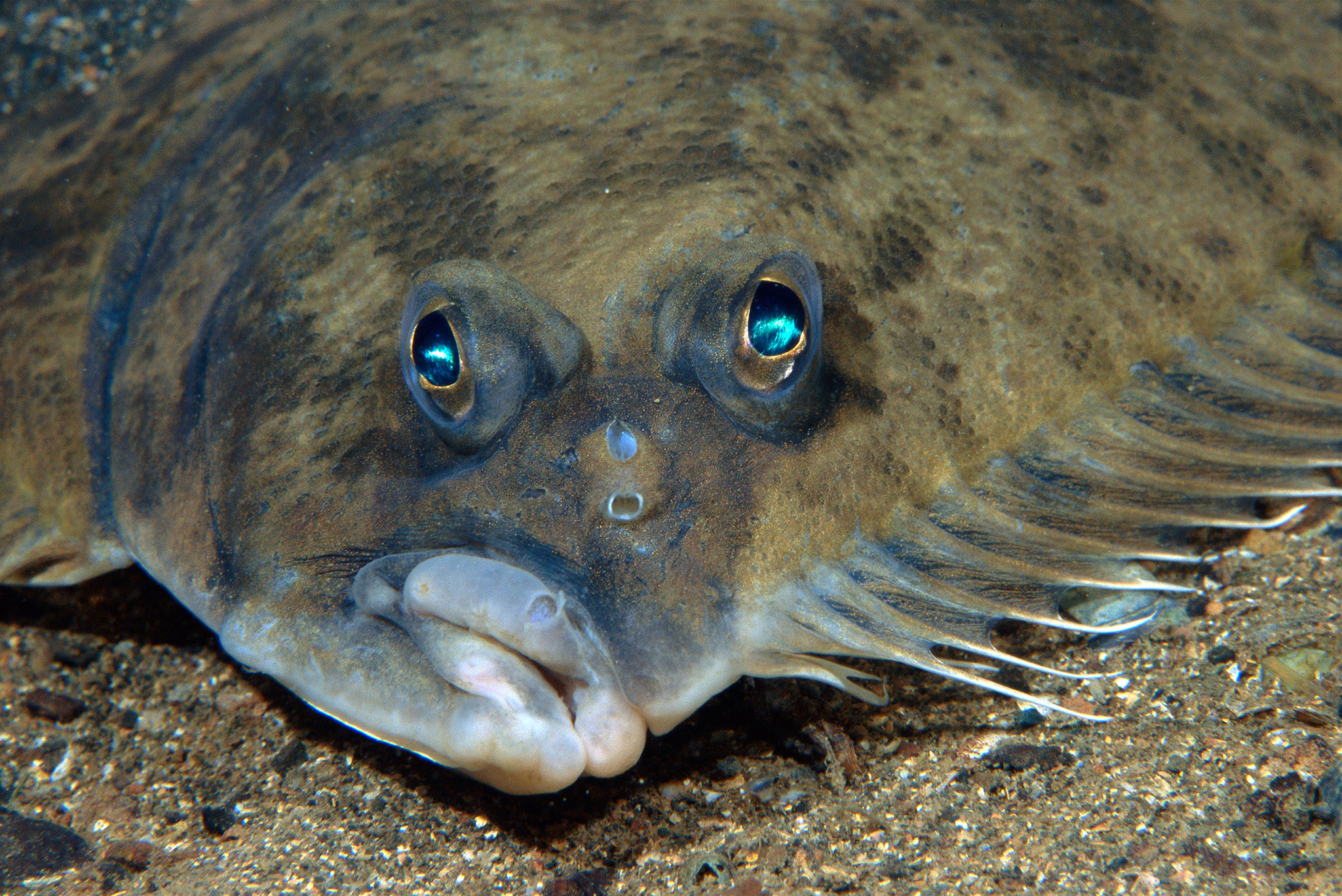 A flounder fish is the only fish that is capable of migrating its eyes to the desired side of the head. A flounder, when laid on its side, will stare up with both eyes at the same time. In most fish, the eyes are on opposite sides of the head, and only one is visible when the fish is laid on its side.

All fish belonging to the flounder or flatfish group pass through the same peculiar changes during their development, so that their eyes eventually lie very close together.

When the young flatfish hatches, it is a normally formed fish with eyes on opposite sides of its head. After a short period of growth, however, the body becomes flatter, and one eye starts to move toward the top of the head and continues to move until it reaches a position on the opposite side very close to the other eye.

In most cases, a definite twisting or turning of the head occurs at the same time. These fish lie on the floor of the ocean on their side and, when they swim, they swim on one side, watching for food above them.