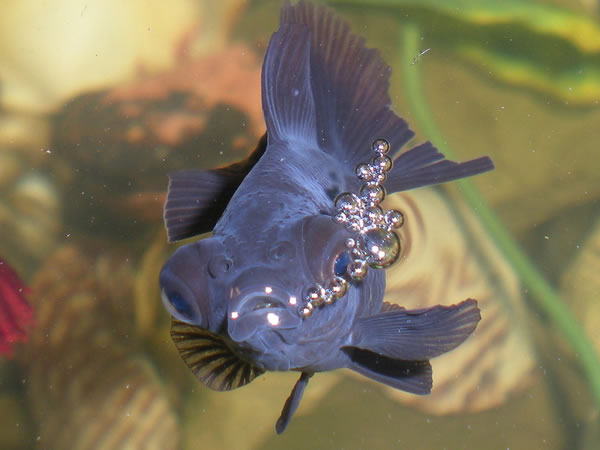 Several kinds of fish, including the Siamese fighting fish, the paradise fish and the gouramis, make nests by blowing bubbles from their mouths. Several of these bubble nesters have recently become popular as aquarium fish, and their nesting habits are well known to many fish fanciers.

The nest is built by the male bubble fish who goes to the surface of the water, takes some air into his mouth and blows a number of bubbles which stick together and float on top of the water. He then goes on the prowl for a wife, whom he herds under the bubble nest. After the eggs have been deposited and fertilized, the male takes the eggs in his mouth, encases them in a bubble and releases them so that they will float upward and stick to the nest. The male then chases the female away and himself guards the nest and repairs it until the eggs are hatched.

In many cases the male will swim with his brood for a time, fighting any enemy that appears, but he frequently loses all his parental feeling· after a few days of careful watchfulness and may suddenly dash forward and devour all that he can catch. The young scatter in all directions, and fortunately a few avoid their greedy parent and escape to carry on the race.