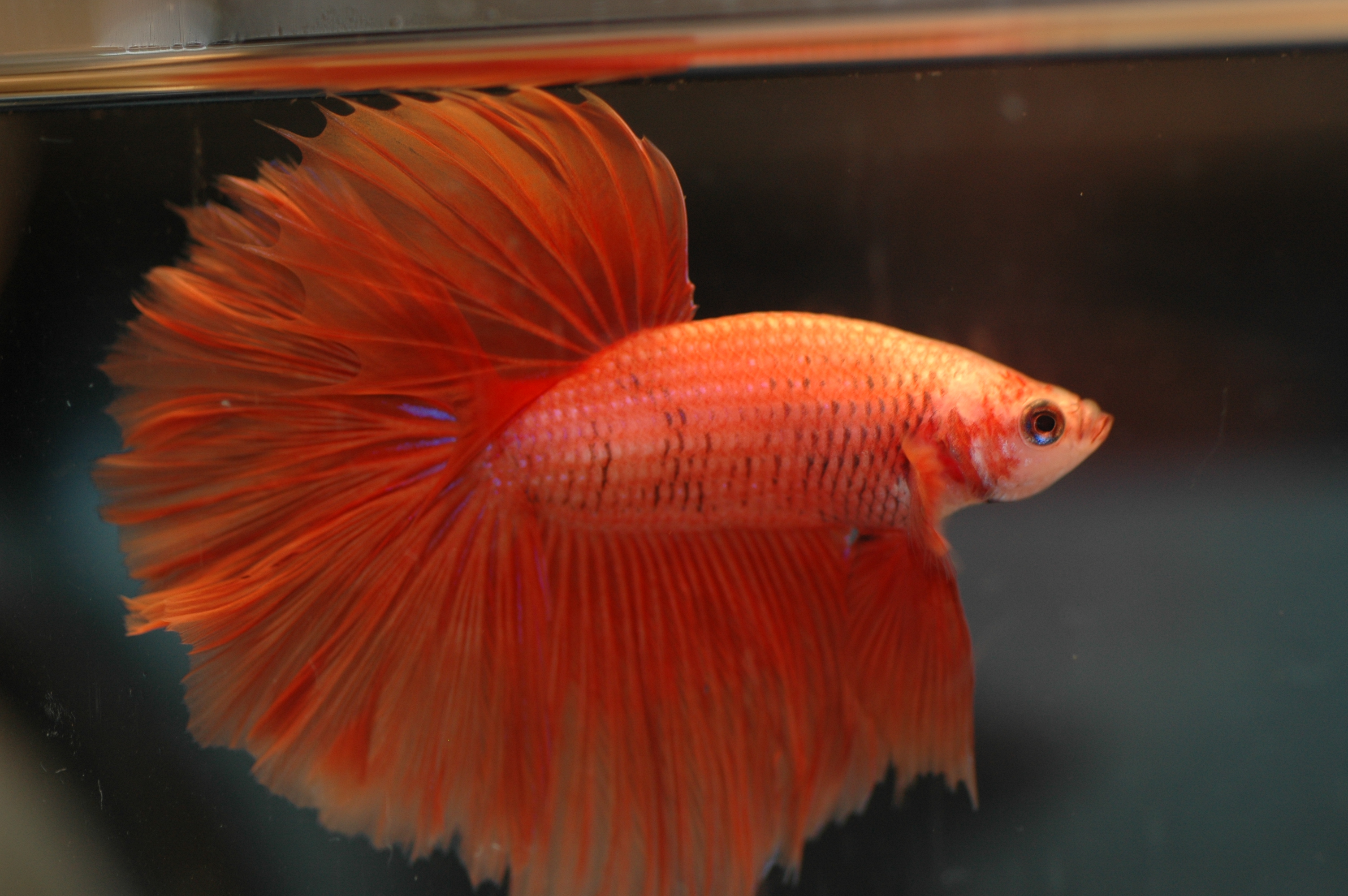 According to an article written some time ago by a “widely traveled” person, sporting people in the Far-East match Siamese fighting fish in separate glass containers. They place two jars side by side, and the two fish dash themselves against the glass trying to get together.

This exciting combat continues until one of the fighters becomes so enraged that it literally explodes! But eyewitnesses of these encounters tell a somewhat different story. The males are used for fighting, and when two fish are matched they are put in the same container.

As the fighters approach each other, they display brilliant colors of red, blue and green, each one apparently trying to outshine the other. These preliminaries last for several seconds, after which one or both fish will suddenly launch an attack almost too quick for the eye to follow.

They nip vigorously and may lock jaws and remain in this position for some time. The fighting continues until one of the fish is no longer able to fight, whereupon his opponent is declared the winner.

The loser is usually removed before it is killed. Siamese fighting fish are found in the natural state in Siam, parts of China and in the Malay Peninsula, and for many years they have been bred in Siam for their fighting qualities.

Despite the small size of these fish, which have a maximum length of about 2 and a half inches, their courage, fighting qualities, and endurance is remarkable. Wild males are quite pugnacious and are more than willing to fight, but they usually quit within a few minutes. However, the best-pedigreed stock that has been bred for fighting qualities has been known to continue the combat for as long as 6 hours.