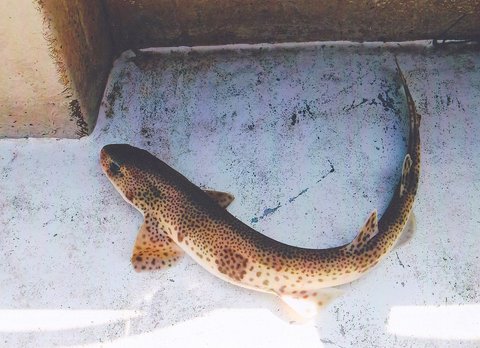 I have not had the privilege of eating dogfish, but those who have tried it tell me that the flesh has a strong taste of ammonia. Apparently the flesh needs special treatment to be palatable.

The flesh of the dogfish has appeared on the menus of many restaurants and on the tables of people throughout the world, but not under the name of dogfish. In Canada and the United States we have “grayfish,” in England it is “flake,” while the name “sea eel” is used in Germany. In all cases, it is our old friend the dogfish parading under an assumed name.

Dogfish are well known to, but not popular with, fishermen who happen to snare them in their nets. The chances are that the net will be chewed up in several places before the pugnacious fish can be removed. Several species of dogfish occur in oceans throughout the world, and in some areas there are so many that organized attempts have been made to reduce their numbers to prevent them from destroying food fish. They are closely related to sharks and, when adult, are about two and a half to three feet in length.